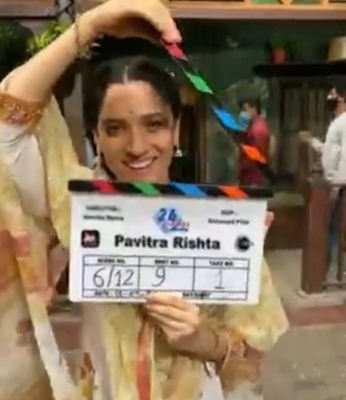 Mumbai: Ankita Lokhande is back to the sets of the show, which had made her and Sushant Singh Rajput a household name 12 years ago.

Yes, the popular daily soap “Pavitra Rishta” is returning to the screen!

Ankita reprises her role as Archana while actor Shaheer Sheikh is set to essay Manav, the character originally played by late Sushant, and later Hiten Tejwani.

Taking to Instagram on Sunday evening, Ankita shared a boomerang video playing with the show’s clapboard.

“Pavitra rishta,” Ankita wrote along with a red heart emoji.

The actress also reposted a post originally shared by the official page of Alt Balaji featuring a photograph of herself and Shaheer posing together with the show’s clapboard.