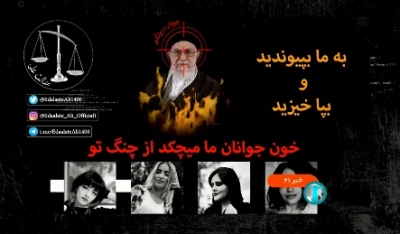 The 1730 IST bulletin was interrupted with images of Khamenei with a target on his head (photos of Amini and three others recently killed in the protest), BBC reported.

The group, which hacked the public broadcaster on Saturday, called itself “Adalat Ali”, or Ali’s Justice.

At least three people were shot dead when protesters clashed with security forces in unrest over death of Iranian girl Mahsa Amini in the custody of Iran’s morality police.

Amini was detained by the morality police for not covering her hair.

More than 150 people have been killed since the protests began on September 17, rights group claimed.

Since then, many celebrities and who’s who have chopped of their locks in solidarity with the Iranian protesters.