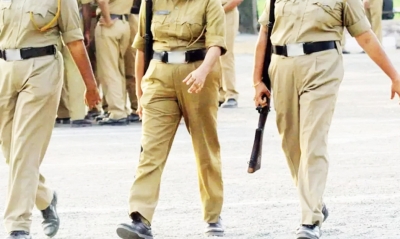 Silchar: While Assam is gearing up for Durga Puja celebrations, in Cachar district the police have prepared an anti-Romeo squad to tackle with cases of eve teasing and molestation amid the festivities.

Superintendent of Police, Cachar, Numal Mahato said that the squad will comprise 10 male and 10 female officers who have been specially selected from the police force.

The squad has started mock drills in the police parade ground of Silchar.

Mahato said that, during Durga Puja, an increase in such incidents were reported in past few years.

Several people were found intoxicated on the streets, which is why the police have prepared the squad to keep a check on such incidents.

The squad will remain active for 24 hours a day.

“Strict legal action will be taken against those who drink alcohol in public places, and harass girls,” a police officer told IANS.

Meanwhile, Mahato further informed that if this exercise shows good results, the police may continue the anti-Romeo squad for the whole year.