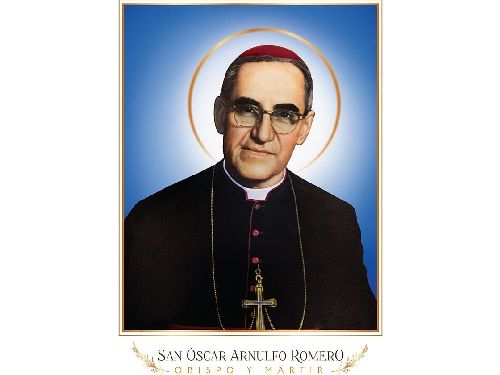 Even a cursory glance at the realities which grip India today, will make one realize how grim the situation is. On every global parameter, from the happiness index to the freedom one; from democracy to economic indicators, the country has plummeted miserably and as never before. Untruth and injustice, divisiveness and discrimination, exploitation and exclusion have become the ‘new normal’! Migrants and minorities, farmers and women, Dalits and Adivasis are at the receiving end of a system which is uncaring and openly supports those who toe their line and indulge in spewing hate. Freedom of religion, of speech and expression are now a rarity. Human rights defenders like Fr Stan Swamy are denigrated, hounded, incarcerated and even killed. Truth and Justice are conveniently sacrificed for petty political gains; those whose primary duty is to propagate and protect these basics, like the judiciary and other Constitutional bodies, are frightened to take a stand and have abdicated their responsibility. Politicians of another party are bought up or blackmailed to come over to the ruling party. It has never been so bad!

On 24 March 1980, Archbishop Oscar Romero was brutally gunned down whilst celebrating the Eucharist in his native El Salvador. He was known as a fiercely outspoken critic of his Government, the military and of the right-wing elements of his country, for their continued oppression and exploitation of the poor. There has never been any doubt about who was responsible for his death. He visibly and vocally took sides with the poor, the marginalized and the victims of injustices. His martyrdom spontaneously made him a ‘Saint’ for millions of them. It was estimated that more than 250,000 were present at his funeral as a sign of gratitude to the man who did so much for them and whom they deeply loved.

A few moments before he was assassinated Romero said in his homily, “many do not understand, and they think Christianity should not get involved in such things (taking a stand for truth and justice). But, to the contrary, you have just heard Christ’s Gospel, that one must not love oneself so much as to avoid getting involved in the risks of life which history demands of us, that those who would avoid the danger will lose their life, while those who out of love for Christ give themselves to the service of others will live, like the grain of wheat that dies, but only apparently. If it did not die, it would remain alone. The harvest comes about because it dies, allowing itself to be sacrificed in the earth and destroyed. Only by destroying itself does it produce the harvest”.

The day before (23 March) he was killed, Romero gave a powerful sermon, which was broadcast over radio, that appealed to the soldiers to disobey their superiors. He said, “In the name of God, in the name of this suffering people whose cries rise to Heaven more loudly each day, I implore you, I beg you, I order you in the name of God: Stop the repression!” That appeal was his death sentence.

Romero was known to be fairly ‘conservative’ as a young priest and even in his early years as a bishop. He was afraid to rock the boat and preferred to maintain the ‘status quo’. He never wanted to be on the wrong side of the powerful and the elite of El Salvador. He had however a good friend in Jesuit Fr Rutilio Grande. The latter left no stone unturned to work on justice issues, to highlight the plight of the exploited and to make their struggles his own. Besides, Grande did not hesitate to take up cudgels against the powerful and other vested interests. On 12 March 1977, Grande was killed by the military junta. Only three weeks earlier, Romero was appointed Archbishop of San Salvador. Grande’s death came as a terrible shock to Romero.

Presiding over Rutilio’s funeral, Romero said, “the government should not consider a priest who takes a stand for social justice as a politician or a subversive element when he is fulfilling his mission in the politics of the common good.” Adding emphatically, “Anyone who attacks one of my priests, attacks me. If they killed Rutilio for doing what he did, then I too have to walk the same path”. The death of his dear friend was a turning point in the life of Romero. From that day onwards, he wholeheartedly worked for the rights of the poor, until his own murder, three years later. 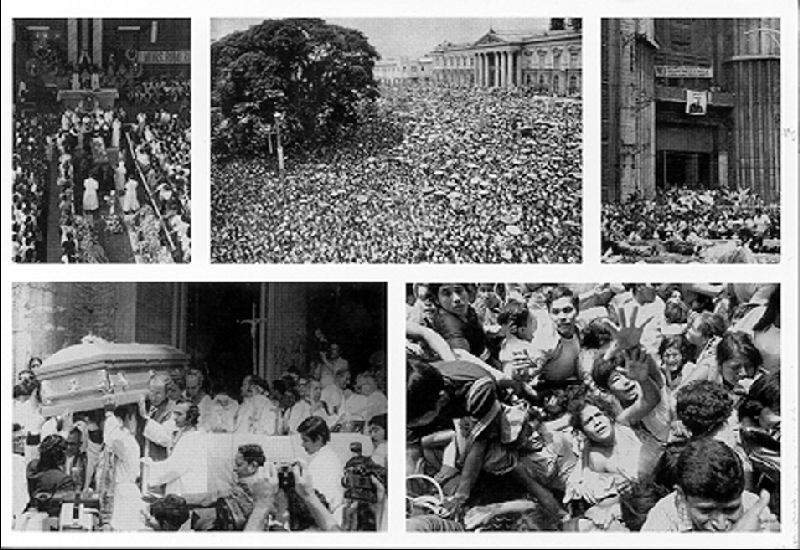 Pope Francis canonized Romero on 14 October 2018.In his homily at the Canonization ceremony, Pope Francis praised Romero for leaving “the security of the world, even his own safety, in order to live his life according to the Gospel, close to the poor and to his people, with a heart drawn to Jesus and his brothers and sisters”. He went on to add, “Let us ask for the grace always to leave things behind for love of the Lord: to leave behind wealth, the yearning for status and power, structures that are no longer adequate for proclaiming the Gospel, those weights that slow down our mission, the strings that tie us to the world”. Over the years Pope Francis has consistently highlighted the prophetic courage of Romero as “a father, a friend, and a brother and who should serve as a yardstick for all”.

On December 21, 2010, the United Nations General Assembly, in a fitting tribute to Oscar Romero proclaimed 24 March annually as the International Day for the Right to the Truth Concerning Gross Human Rights Violations and for the Dignity of Victims.

• to honour the memory of victims of gross and systematic human rights violations and promote the importance of the right to truth and justice;

• to pay tribute to those who have devoted their lives to, and lost their lives in the struggle to promote and protect human rights for all;

• to recognize the important work and values of Archbishop Oscar Arnulfo Romero of El Salvador, who was assassinated on 24 March 1980, after denouncing violations of the human rights of the most vulnerable populations and defending the principles of protecting lives, promoting human dignity and opposition to all forms of violence. 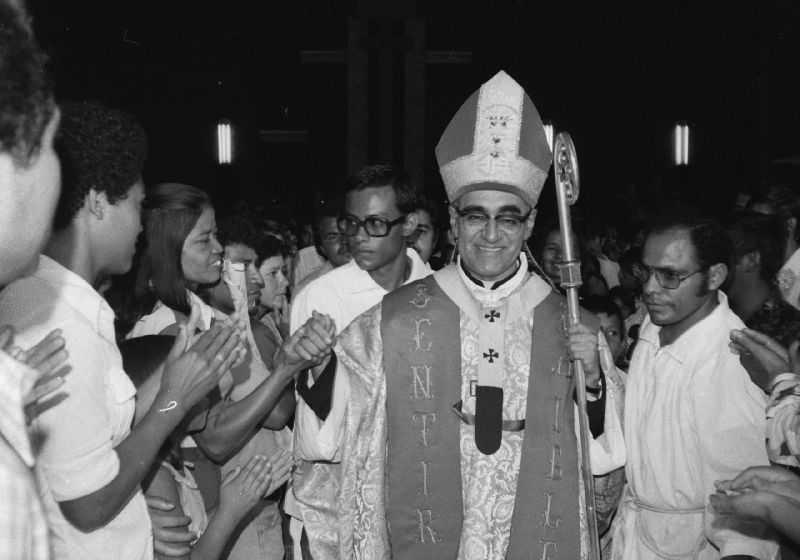 Today, India desperately needs the prophetic courage of Romero. From across the spectrum political, religious and social, leaders are afraid of taking a stand against the powers that simply crush others Those who call themselves ‘disciples’ of Jesus have no qualms of conscience to hobnob with fascist and fundamentalists, who brazenly destroy the sanctity of the Constitution and the pluralistic fabric of the country. It is easier for these ‘disciples’ to indulge in a politics of convenience and compromise: to support ‘love jihad’; not to take on the UP Government and police, if religious sisters are harassed and hounded out of a train; not to call for the revocation of the CAA amendments, the UAPA and sedition laws; not to openly show that you are supporting the farmers protests or for that matter, what is happening in Kashmir. In short, if it means, by taking a stand for truth and justice, you have to take on the ruling regime, then it is a clear ‘no-no’! Surely dear Saint Romero, as he looks down from heaven, will be wondering why the disciples of Jesus in India are not faithful to the Gospel of Jesus.

On the day when we celebrate the memory of this great saint, let his challenging words on his own reality, a few days before his assassination, awaken us to respond to our context today: “I will not tire of declaring that if we really want an effective end to violence, we must remove the violence that lies at the root of all violence: structural violence, social injustice, exclusion of citizens from the management of the country, repression. All this is what constitutes the primal cause, from which the rest flows naturally”. Are we listening and paying heed to those prophetic words? Yes, we urgently need the Prophetic Courage of Saint Oscar Romero!!

About Author : Fr Cedric Prakash (GUJ) is a human rights and peace activist/writer.