Home Fit & Fun Entertainment Arjun Kanungo: Wrote more music during pandemic than I ever did in... 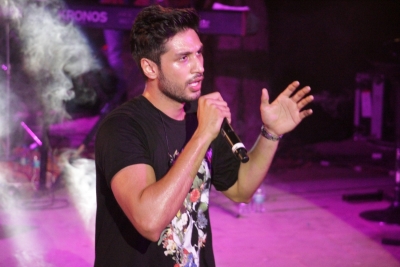 Arjun Kanungo: Wrote more music during pandemic than I ever did in life

New Delhi: Singer-songwriter Arjun Kanungo had no option but to create music all through last year, due to lockdown induced by the pandemic. In hindsight, the 30-year-old feels it was the “best thing” that happened to him.

“(The pandemic) weirdly enough made me more focused. I wrote more music in the pandemic than I have ever written in my life,” he told IANS.

“There were no distractions, no live shows, no travel and basically there was no socialising, except of course the social media lives. I could only make music. That really connected me to the roots of why I started playing music in the first place, and how I started playing music at home. We came back to that part of our journey and that kind of grounded everyone,” added Kanungo.

Another thing the pandemic did was that it “accelerated” the growth of non-film music, he notes. While he agrees that indie and non-film music are as big as film music now, he is “still confused” about non-film music becoming the “primary source of listening to music” for the Indian audience.

“I am not sure about the two categories (film and non-film music) competing against each other. I feel it will take a few years before non-film music starts generating the same kind of numbers as film music does. (That’s why I think) they will co-exist. India is such a big market and there are so many people. It can definitely have two categories co existing,” Kanungo said.

“Right now, (it’s) a bit confusing for me, in the sense that where does non-film music go from here. At this stage it depends on the audience. Will today’s youth pivot towards non-film music? I don’t know yet. It’s more likely that people might consume both,” he added.

Having said that, Kanungo points out that musicians no longer need the film industry to sustain themselves.

“Not just musicians who do non-film music primarily, but also guys who are into indie music — many of them have become stars now. Covid has helped musicians to move towards non-film music and in general the music scene has changed so much. You can (now) sustain yourself as a musician,” he said.

Delhi liquor scam: Kavitha yet to receive CBI response on her...