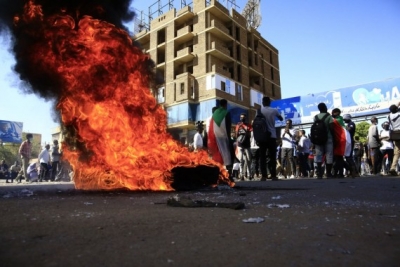 United Nations: A UN spokesman has said that peacekeepers in South Sudan are gravely concerned about the fighting between two armed Dinka youth groups in the country’s north.

Deadly clashes between the Dinka Ngok and Dinka Twic Mayardit youth in the border area between the Abyei administrative area and Warrap state in the north-central part of the country have resumed, said Farhan Haq, Deputy Spokesman for UN Secretary-General Antonio Guterres, on Friday. The violence began in February but went into a lull in June.

“The hostilities resulted in the loss of many lives, destruction of homes, and displacement of thousands of civilians,” Haq added.

He said that peacekeepers from the mission known as UNMISS patrol the area and engage with local authorities, women and youth leaders. The mission also welcomed the government’s decision to investigate the clashes and deploy troops to the area to restore peace, Xinhua news agency reported.

The spokesman added that the Special Representative of the Secretary-General, Nicholas Haysom, urged community leaders to work together to end the violence and prevent retaliatory attacks.