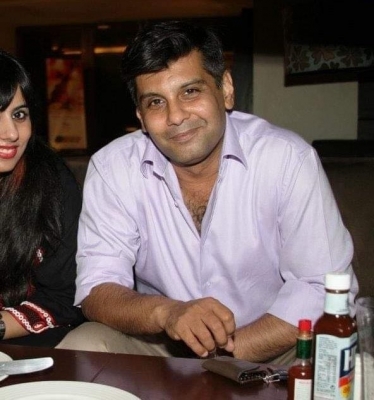 Islamabad: ARY Chief Executive Officer (CEO) Salman Iqbal has called for an independent investigation overseen by the UN Human Rights Office into the murder of senior journalist Arshad Sharif under mysterious circumstances in Kenya and expressed misgivings about the probe being conducted by the government.

In a statement, Iqbal said he would provide his full cooperation to any such independent investigation that seeks to get to the full truth behind Sharif’s killing “with a view to bringing those responsible to justice”, The Express Tribune reported.

“It has been stated that I should be included in the investigation into the killing of Arshad. I do not believe in the independence of the investigation being undertaken by the present PML-N government but I will answer any questions put to me,” the statement read.

He denied the “wild and baseless” allegations recently levelled against him by Interior Minister Rana Sanaullah and termed them a continuation of the smear campaign perpetuated against him ever since the PML-N-led government came into power earlier this year.

“Let me say categorically that I had no involvement whatsoever in the gruesome act against my brother,” Iqbal asserted and expressed shock that no commission has yet been formed.

“Instead the government has been holding multiple press conferences at which outlandish insinuations have been thrown around implying that I am part of a conspiracy. It is disgusting to try and politicise his death in this way,” he added.

“The government has been running a smear campaign against me since coming into power in April 2022, calling me a gold smuggler and arms dealer, among other things. It started with Maryam Nawaz, and the campaign continues under current government ministers. The FBR, FIA, PEMRA and SECP have been weaponised to politically attack me, with numerous FIRs, arrest warrants and a sedition case issued against me.”

Expressing misgivings about returning home, he said that the unwarranted attacks on him and the persecution of journalists by the PML-N government have left him “fearing for my safety and unable to return to Pakistan for the past six months”, The Express Tribune reported.

“No words can express how shocked and heartbroken I am by the brutal killing of my brother Arshad Sharif. Arshad’s death is an immense loss to all of Pakistan and to journalism globally. My thoughts are with his family and all those who are mourning him.”

Iqbal also stated that “we knew that the threats to Arshad’s life were legitimate” as he repeatedly appealed in writing to all relevant sectors of government for protection.

However, he regretted that instead of receiving help, the slain journalist was targeted with cases of sedition, multiple FIRs and arrest warrants, which compelled him to make the difficult choice to leave Pakistan.

“As friends and colleagues, we stood by him and his choices, so following standard procedure our offices helped him with his travel plans. Since when is helping a friend a crime?” he asked.

“Since the beginning of my career I have always done my utmost to protect my people, and they can vouch for this. It is not easy to be a journalist in Pakistan. All of us face various threats and it is my job to mitigate them. Over the years, we have lost many colleagues in our country’s war against terrorism, and we continue to support their families to this day,” he added.