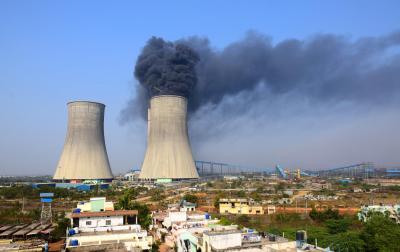 Jaipur: Call it a weather shift or the effect of global climate change but its a fact that Rajasthan no more matches to its name �desert state as it received 270 mm of rainfall in July this year. This was the highest for the month in nearly seven decades, according to official data.

The 270 mm rainfall is 67 per cent more than the average rainfall of 161.4 mm for July, says the data provided by the meteorological centre in Jaipur. For comparison, Rajasthan received 130.8 mm of rain in July last year.

Rajasthan, unlike in the past, witnessed regular floods during the monsoon this year. Also there was a change in rainfall patterns which was quoted to be the reason behind the regular floods in the state.

Jaisalmer in Western Rajasthan witnessed floods while there was hailstorm in Udaipur in the winter and flash floods in western Rajasthan’s Hanumangarh.

The once called desert area was all wet and green thanks to heavy rain.

Most parts of Rajasthan recorded above-average rainfall in this monsoon season.

Good rains were recorded in the Thar desert area, which is spread in the western districts of the state such as Barmer, Jaisalmer, Bikaner, Churu, Nagaur and Ganganagar which generally receives less rainfall.

According to the MeT department, the districts of the western parts of the state received 190.9 mm of rain, which is 70 per cent more than the normal rainfall of 112.4 mm during this period.

These are the districts in western Rajasthan which were known for scanty rainfall.

The unusual weather trend was not limited to the monsoon as the state is now seeing different winters as well.

As per the forecast made by the Meteorological Centre in New Delhi, November winters will be less harsh while rain in the same month is expected to be above normal.

In the early days of November, the day temperature went above 35 degree Celsius in more than 10 cities including Jaipur, Ajmer and Udaipur.

The report released by the Meteorological Centre Jaipur says that the temperature in Ajmer, Jaipur, Barmer, Bikaner, Churu, Jaisalmer, Jodhpur, Kota, Ganganagar and Udaipur is the maximum recorded in the early days of November this year, as compared to the maximum temperature recorded in November in the last 12 years. In all these cities, this time the day temperature went above 35 degree Celsius.

On October 31, when the weather station in New Delhi issued the forecast for November for the country including Rajasthan, there were also signs of the day temperature being above normal. This prediction proved to be accurate in the first week. However, after the first western disturbance (weather system) that became active from November 6, the weather changed in North India including Rajasthan and the days started getting colder.

Rajasthan’s Jodhpur, Bikaner, Churu, Barmer, Jaisalmer cities are known for their high temperatures. However, even in these cities, the day temperature never reached 40 �C in November for the last 50 years.

According to meteorologists, generally in the month of October, when the monsoon leaves, the direction of the winds (West to East instead of East to West) changes and western disturbance effects start coming, due to which cyclonic circulation starts forming in North India including Rajasthan. Then gradually the day-night temperature starts decreasing.

But this time, after the departure of the monsoon, till November 5, there was neither any active western disturbance nor a cyclonic circulation in North India. From October to November, the anti-cyclonic system remained active in Rajasthan for more than 20 days.

In this system, the air pressure builds up and the sky remains absolutely clear. With clear skies, the sun shines brightly and the days are warm. Eventually, the temperature went up in November this time.