Home Agency News As the world hooks on to China, Russia under Putin quietly expands... 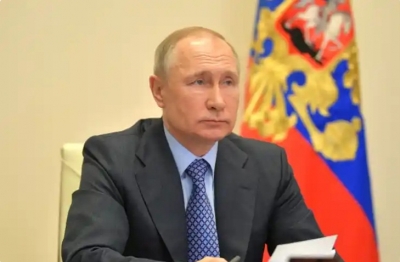 As the world hooks on to China, Russia under Putin quietly expands its network in Africa

New Delhi: Why should a coup in Africas Guinea that toppled its elected President Apha Conde, rattle Russia? The answer is simple. Russia has been influencing its political contours until Conde was there.

Take a look. The Constitution of the mineral rich Guinea, until last year did not have any provision for any President to seek a third term. But Conde. backed by Russia, decided to introduce a new Constitution in March 2020 by holding a referendum that made him eligible for the third term.

News organisation The Bell, in an article, highlighted the role of Russian President Vladimir Putin in this episode. Putin has also described Africa as Moscow’s foreign policy priority.

“Cond� had a closed-doors meeting with Russian President Vladimir Putin in 2019 and, the following year, Guinea changed its constitution and Cond� was elected for another six years (a somewhat similar process to the constitutional amendments approved in a referendum in Russia last year),” it said.

The bottomline: It is not just China, which is rapidly expanding its presence in Africa. Russia too has quietly entered the fray. Observers said that while the focus in on China, Russia has been steadily expanding its hold over the continent, home to critical minerals and natural resources.

Russia has emerged as a force to be reckoned with in Africa, Rajen Harshe, leading expert on Africa and international studies, wrote in an article published by the Observer Research Foundation (ORF).

Moscow’s ambitions and interests in Africa were made clear when the first Russia-Africa summit was held in October 2019 at a resort on the Black Sea. It was attended by 45 heads of African states.

FDI Intelligence noted that following the event, 92 deals were signed between Russia and African countries with a total value of $13.95 billion.

“Russia has been creeping into Africa and today, it is a now force to reckon with in the continent. We tend to focus only on China and the role that Beijing plays in Africa. But the fact is that Russia has also been increasing its hold though currently it is no match to that of China,” Harshe told India Narrative.

According to BBC, Russia has been boosting its diplomatic links in the region, with various African heads of state visiting Moscow since 2015 – six of them in 2018 alone.

Moscow sees its presence in Africa in very broad terms, building on ties from Soviet times, it said.

However, the news report said that its ambitions have prompted some concerns in other countries with close ties to the continent that they are being outplayed by Moscow.

“Ruthless pursuit of geopolitical, strategic, commercial, and economic interests has prompted Russia to support dictatorial regimes and woo fledgling but resource rich African states. In the process, it has interfered in domestic politics of such states by overlooking the considerations of human rights as well as democracy,” Harshe wrote in his article.

Foreign policy experts said that India, which has been a natural partner and ally of Africa, needs to boost its activities and engagements in the continent at the earliest.

“India has been actively engaged in Africa all these years but we need to shift gears to ensure that we do not lose ground,” an analyst said on condition of anonymity.