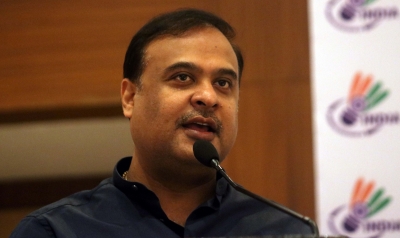 Assam Education and Finance Minister Himanta Biswa Sarma, who introduced the bill on Monday, said that bill was brought to make the academic environment of the state as “secular”.

Opposition MLAs belonging to Congress and All India United Democratic Front, a Muslim dominated party, walked out from the house after their demand to send the legislation to the select committee for “proper discussion” was rejected by the Speaker Hitendra Nath Goswami.

The bill, which would now be sent to the governor for his assent, proposes to scrap government funding for madrassas, and mentions that the existing over 620 madrassas would be converted to general schools by April 1, 2021.

Sarma later in a tweet said: “Glad that the Bill pertaining to repeal of Provincialisation of Madrassas has been passed, even as Congress and AIUDF expectedly staged a walkout in Assembly. All Madrassas, being run under government stands, converted into regular educational institute wef April 1, 2021.”

According to the bill, the State Madrassa Education Board in Assam, would also be disbanded, but it would have no bearing on status of allowances and service conditions of the teaching and non-teaching staff.

The Speaker placed the bill for voice vote, which was cleared with the backing from ruling Bharatiya Janata Party’s allies — Asom Gana Parishad and the Bodoland People’s Front.

Sarma also said that the government would soon introduce another bill to regulate private madrasas as well.

“We are in the process of drafting a bill whereby Qawmi (private) madrassas would have to be registered with the state government and they will be given registration if and only if they teach science, mathematics etc along with religious education,” he said.

However, Wednesday’s bill did not cover, or even mention Sanskrit tols (centres of Vedic education), which the Education Minister had earlier said would also be shut as the government cannot fund religious education because it is a “secular entity”.

The bill said: “With the aim to provide exposure towards more subjects and enable greater flexibility with more frequent formative assessment for learning, a policy decision has been taken by the Government of Assam to convert all the provincialised and Private Madrassa educational institutions of the state into Upper primary, high school and higher secondary school (general) with effect from April 1 next year.”

The Minister said the state government had been spending Rs 260 crore annually for running the madrasas and “the government cannot spend public money for religious teaching”.

“In order to bring uniformity, teaching the Quran at the cost of government exchequer cannot be allowed to continue,” he had said. Sarma claimed that most students enrolled in the madrasas want to become doctors and engineers and are not aware of the fact that these are not regular schools.

A survey conducted by a Gauhati University Professor, who is a Muslim, found that the parents and guardians of most madrasa students are not aware that their children are not taught regular subjects but imparted lessons mostly in theology.

Sarma claimed that most Islamic scholars are also not in favour of madrasas run by the government and added that these are a legacy of the Muslim League.

The Education Minister had said that madrasa education had started in 1934 when Sir Syed Muhammad Saadulla was the Prime Minister of Assam during British regime.