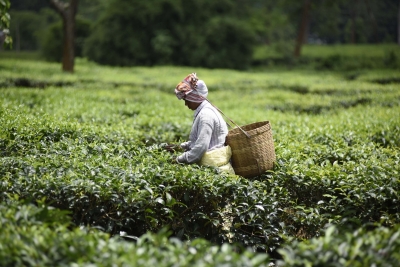 Guwahati: The Assam government on Wednesday decided to provide lakhs of tea garden labourers employment under the MGNREGS during the lean winter season when tea production is very less, officials said.

An official of the Chief Minister’s Office (CMO) said that the cabinet, in its meeting, decided that the tea garden workers would be provided work like pond excavation, road building and other jobs under the Mahatma Gandhi National Rural Employment Guarantee Scheme.

Assam, which produces roughly 55 per cent of India’s tea, has more than 10 lakh tea workers in the organised sector, working in about 850 big estates. The tea belts of Brahmaputra and Barak valleys are home to more than 60 lakh people. Besides, there are lakhs of small tea orchards owned by individuals.

Most non-permanent workers do not have jobs during the winter season as there are no tea leaves to be plucked.

The daily wages of the tea garden workers was a hotly debated issue in the recent March-April Assembly polls. After several months of legal and administrative tangles, the Assam government recently decided to increase the daily wage of around 10 lakh tea plantation workers by Rs 38. With this hike, the tea workers in Brahmaputra Valley, mostly in eastern Assam, would get Rs 205 from the previous Rs 167, and those in Barak Valley (southern Assam) would get Rs 183 from the earlier Rs 145.