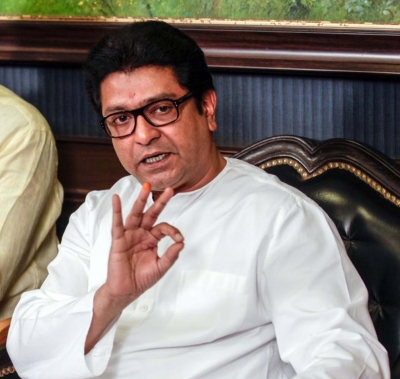 At whose behest SUV was parked near Antilia, asks Raj Thackeray

Mumbai:  A day after demanding the resignation of state Home Minister Anil Deshmukh, Maharashtra Navnirman Sena President Raj Thackeray on Sunday sought a Central probe to unearth how an explosives-laden SUV came to be parked near the home of industrialist Mukesh Ambani in Mumbai last month, besides firing a salvo of unanswered questions.

“The basic issues are getting sidelined. How did the SUV with explosives (gelatin sticks) come to be parked near Antilia? We had suspected that it was done by terrorists, but now it seems that it was the handiwork of the police,” Raj Thackeray told mediapersons.

Seeking a probe into the entire affair, he said, “Who authorised (arrested-suspended cop) Sachin Vaze to dump that SUV? From where the gelatin sticks were sourced?”

The MNS chief said that all these points raise questions on the nexus between Vaze and Param Bir Singh, former Mumbai Commissioner of Police, who dropped a ‘letter-bomb’ on Saturday evening that triggered a huge political row in the ruling Maha Vikas Aghadi government in Maharashtra.

“If that is so, then why was Singh merely transferred and not investigated in the matter. Was he involved in this matter? Also, the MVA government has still not disclosed what led to the ex-top cop’s shunting instead of ordering a probe against him,” the MNS chief pointed out.

In the letter on Saturday, Param Bir Singh had hit out at Deshmukh by alleging that the minister wanted his team member, arrested cop Sachin Vaze, to ‘collect’ Rs 100 crore per month from bars and hookah parlours.

Referring to BJP’s Leader of Opposition Devendra Fadnavis’ claim that when he was the CM, the then ruling ally Shiv Sena President Uddhav Thackeray had pleaded for reinstating Vaze, who was under suspension for nearly 17 years.

“This means Vaze had close links with the (current) CM (Uddhav Thackeray). It (reinstatement) was not done then, then how was Vaze taken back into service and why,” Raj Thackeray asked.

Adding another dimension to the matter, he asked that when Uddhav Thackeray and Mukesh Ambani enjoy “excellent relations”, would Vaze dare to park the SUV there without someone’s authorisation.

Dismissing the contentions doing the rounds in certain quarters that some police officers allegedly tried to extort money from the industrialist, Raj Thackeray said that when it is known that Mukesh Ambani and Uddhav Thackeray are so close, who would have the courage to resort to such extortion tactics?

On the purported threat letter found along with the gelatin sticks from the Scorpio found near Ambani’s house, Raj Thackeray raised doubts over it, saying that it appears that a Gujarati person had written the Hindi letter in English script.

“It says ‘Nita-bhabhi and Mukesh-bhai’… Does any terrorist or extortionist address his targets so respectfully? There is definitely something more than what is coming out in this episode,” he said.

The MNS leader, who is the estranged cousin of Chief Minister Uddhav Thackeray, appealed to the Centre to conduct a thorough probe into the matter so that the truth could emerge without diverting the real issues from a maze of wild speculation, half-truths and hidden facts.