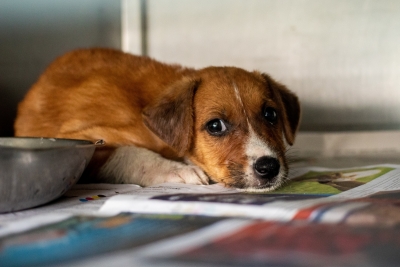 According to police, Gaddigappa, a resident of Bhattarahalli, adopted the street dog and was nursing it for three years. The family called it Rachchu.

On Oct 3, when Rachchu had gone out, there started a quarrel with the pet dog of Nagaraju from the neighbourhood. Rachchu bit the other pet dog.

After coming to know about the incident, Gaddigappa rushed to the spot and took his dog home. However, the incident angered the sons of Nagaraju – Rahul, Ranjith and Rajath.

They entered the premises of Gaddigappa’s house and beat the sleeping dog with wooden logs. When Gaddigappa tried to rescue the dog, the trio also allegedly assaulted him.

This led to a fight between the two families; neighbours intervened and peace prevailed. Gaddigappa, after taking the dog for treatment at a veterinary hospital, lodged a complaint with the police regarding the incident.

The video of the boys beating up the dog had gone viral on social media and animal lovers demanded action against the accused persons.

The police registered a case under the IPC and the Prevention of Cruelty to Animals Act and arrested the accused. Further investigation is on.