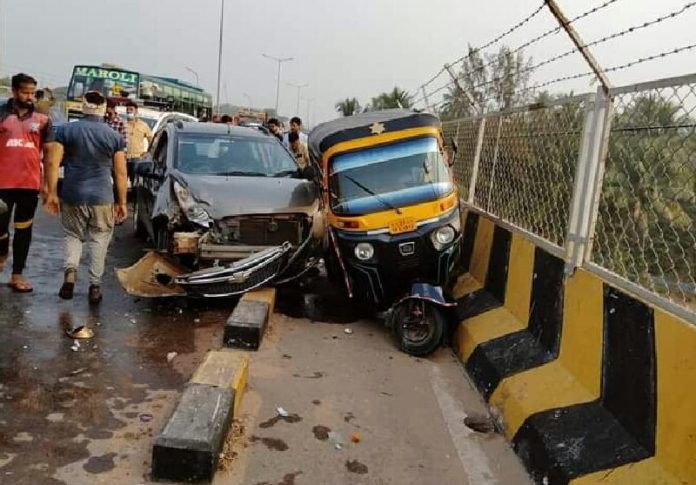 Mangaluru: A auto driver died on the spot after a car rammed into his autorickshaw on the Netravati Bridge at Thokkottu here on March 27. 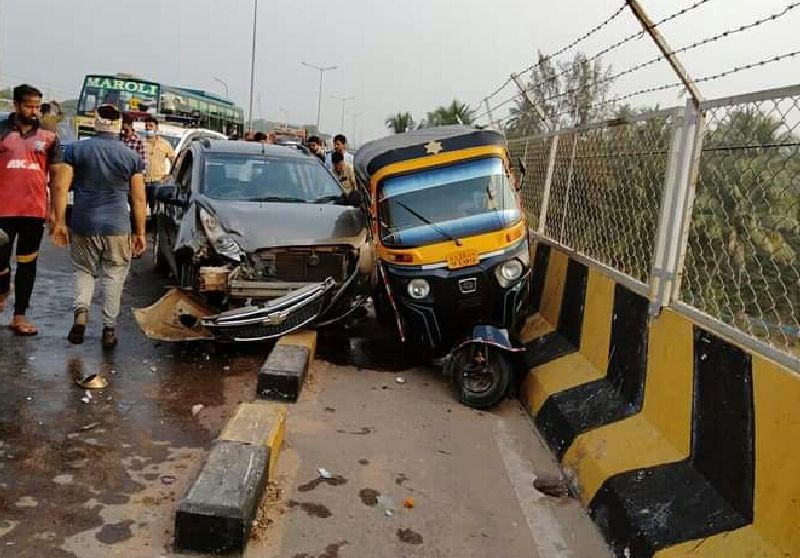 The deceased has been identified as Shyamprasad (45) from Senerebail Fajir.

According to sources, on March 27 morning, Shyamprasad had come to Mangaluru to drop his neighbours in his auto. While he was returning, at Netravati bridge, a car collided with a Tempo and rammed into Shyamprasad’s autorickshaw. The impact was such that the auto driver was thrown out of the auto killing him on the spot.

The locals said that the reckless driving of the car driver led to the incident.

Mangaluru South Traffic police reached the spot and are investigating.