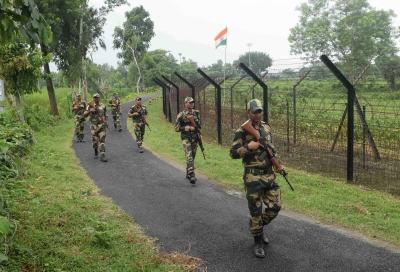 Kolkata: A member of a cross-border cattle smuggling racket was killed in firing by the Border Security Force (BSF) personnel at the Indo-Bangladesh border in West Bengal’s Nadia district on late Saturday night, officials said.

A BSF jawan was also injured in the clash.

The deceased has been identified as Muntaz Hossain, 32, resident of Choto Baldia village under Damurhuda sub- district in Bangladesh. Hossain, along with others, were trying to smuggle cattle through the porous border in the region, when they were caught by BSF personnel at border gate number 54 in Krishnaganj block of Nadia.

Hossain attacked a BSF personnel with a sharp weapon and injured him. In self- defence, the BSF personnel opened fire, killing Hossain.

Later the BSF handed over the body to the local Krishnaganj Police Station. His body has been sent to the local morgue for autopsy.