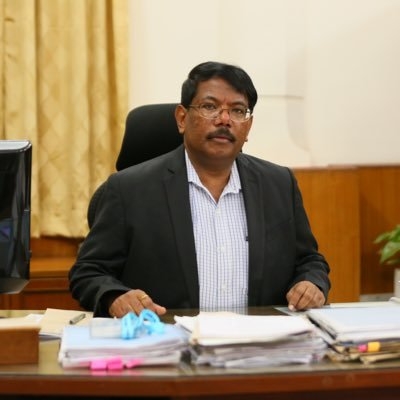 Bengaluru: In the wake of fierce opposition coming from the ruling BJP leaders over the Bengaluru civic body’s resolution to name 11 roads in Padarayanapura ward after social workers and leaders belonging to the Muslim community, the Bruhat Bengaluru Mahanagara Palike (BBMP) Commissioner N. Manjunath Prasad has written to the Karnataka government recommending dropping the proposal to name 11 roads.

It may be recalled that former Union Minister Ananth Kumar Hegde was the first who shot off a letter to the Bengaluru civic body opposing its proposal last week. This was highlighted by BJP Yuva Morcha national president Tejasvi Surya in his letter and Bengaluru central Lok Sabha Member P.C. Mohan too joined the issue.

The Bengluru civic body ruled by the BJP in its meeting held in September 2019, had decided to name the roads in Ward 135 after social workers and other personalities, all belonging to the Muslim community.

In his December 31 letter, the BBMP Commissioner N. Manjunath Prasad cited objections from sections of citizens including BJP MPs Anantkumar Hegde, P. C. Mohan and Tejasvi Surya among others.

He has also cited certain sections of the Karnataka Municipal Corporations Act, 1976 in his letter to the Additional Chief Secretary Urban Development department, while recommending to the government that the proposal be dropped.

“After the public uproar over proposed naming of certain roads in a few Muslim dominated Bangalore after only Muslim names, BBMP has dropped the idea. A vigilant Hindu society can thwart such ill-intentioned attempts,” Surya had tweeted the same day the BBMP Commissioner wrote to the government.

The issue had come to light when the BBMP called for objections to the renaming proposal.

Following this, Hegde and Surya had written to the BBMP Commissioner objecting to the proposal.

In his letter, Surya had said, “The christening of roads in a Muslim-dominated locality with only Muslim names reeks of the same Jinnah’s communal mentality of the two-nation theory and the Muslim Leagues demand for separate electorates for Hindus and Muslims. This is dangerous and must be condemned.”

He further added “There is no dearth of non-Muslim public figures and patriots on whom are roads can be named after (sic),” he added. He also asked the BBMP commissioner to revise the list of names and only finalise it after public discussion.”

On 10 September 2020, the Bengaluru civic body wrote a letter to the Urban Development ministry, intimating it about its decision to name 11 roads of Padarayanapura after the Pehalwans, the Hajis, and other personalities belonging to the Muslim community.