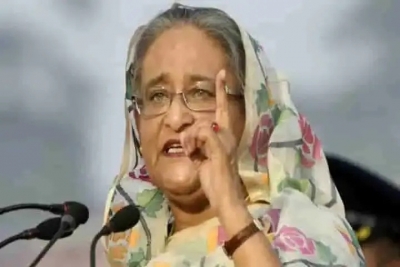 B’desh issues directives to navigate through challenges next yr

Amid an ongoing economic crisis, the Bangladesh cabinet has issued half a dozen directives for the country to navigate through the domestic and external challenges posing serious threats to the macroeconomic stability next year.

Dhaka: Amid an ongoing economic crisis, the Bangladesh cabinet has issued half a dozen directives for the country to navigate through the domestic and external challenges posing serious threats to the macroeconomic stability next year.

Maintaining adequate food storage ahead of 2023 was the other very important directive from the cabinet meeting, said Anwarul Islam.

After reviewing the international situation, according to the official, the cabinet said that 2023 is very likely to be a critical year because of interest rate hikes by the US Federal Reserve, the Russia-Ukraine war and the slump in food production in parts of the world.

The directives came amid the ongoing economic crisis when Bangladesh’s foreign exchange reserves fell below $35 billion, weighed by higher import bills and the Bangladeshi taka’s weakness driven by the USD’s surge in recent months.

On Monday, Bangladesh Bank spokesperson Abul Kalam Azad said that the demand and supply of foreign currencies will see a balanced condition by February next year hopefully.

A day earlier, the bank brushed aside “conspiratorial” social media posts inducing people to draw their deposits from banks, saying there is no liquidity crisis in banks and deposits are completely safe.

Amid efforts to bolster its foreign exchange reserves, which stood at $34.3 billion last week, Bangladesh is seeking $2 billion from the World Bank and the Asian Development Bank (ADB).

Last week, the International Monetary Fund (IMF) confirmed that it had reached a staff-level agreement with Bangladesh that paves the way for the release of the much-awaited $4.5 billion in loan support.

The World Bank Vice President for South Asia, Martin Raiser, who concluded his visit to Bangladesh on Sunday, reaffirmed the bank’s continued support to help the country navigate through the current economic challenges and achieve resilient and inclusive growth.

“We’re ready to lend our full support to these efforts at this challenging time,” he said.