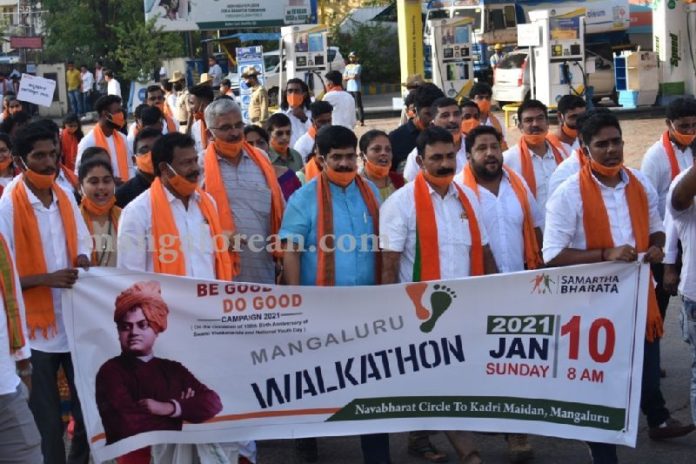 Be Good Do Good Campaign! ‘Mangaluru Walkathon’ organized by Samartha Bharatha in City

Mangaluru: Samartha Bharata is a campaign and a volunteer platform in Karnataka aimed at addressing social, economic, civic, environmental and other challenges. A significant amount of work, undertaken by various organizations is in progress, in the fields of quality education, health, vocational training, civic issues, environment, rural development, cow protection, cultural & literary development and upliftment of marginalized sections like street children, HIV+ people, transgenders and devadasis. 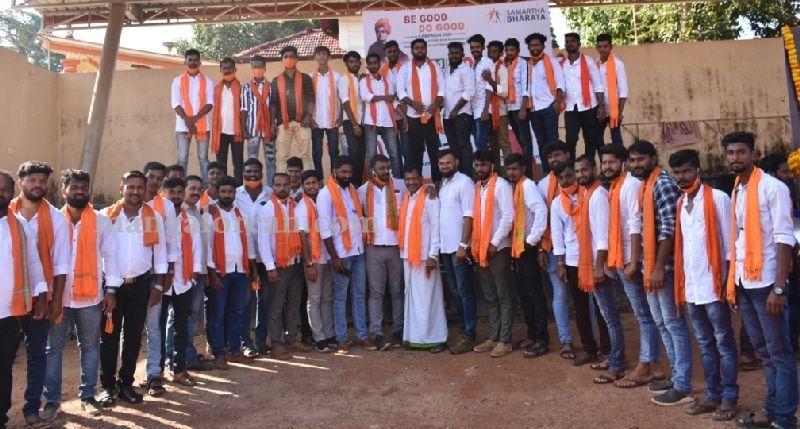 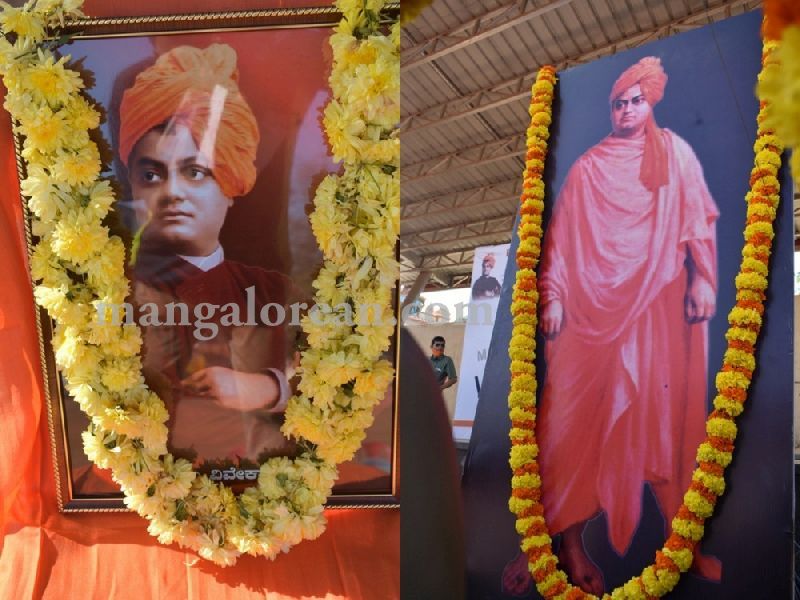 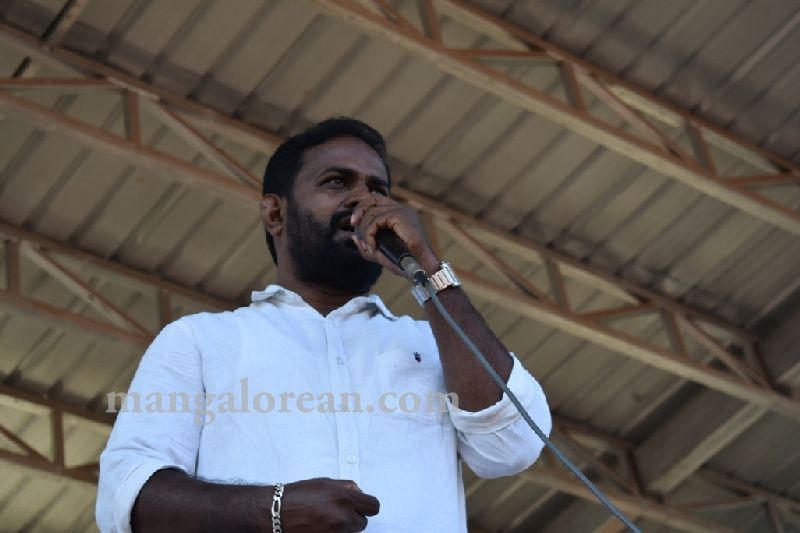 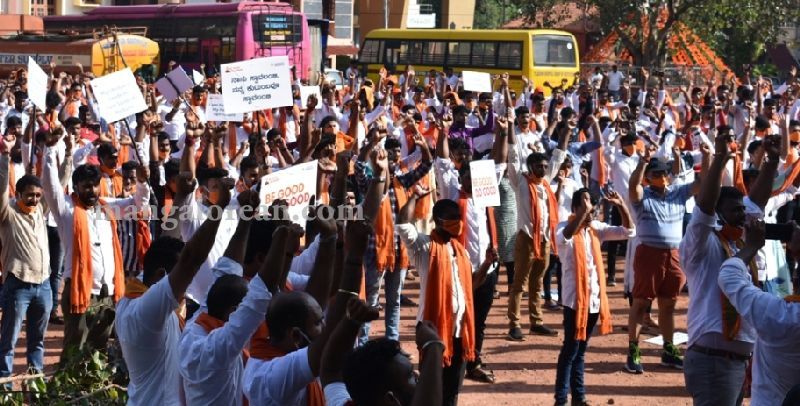 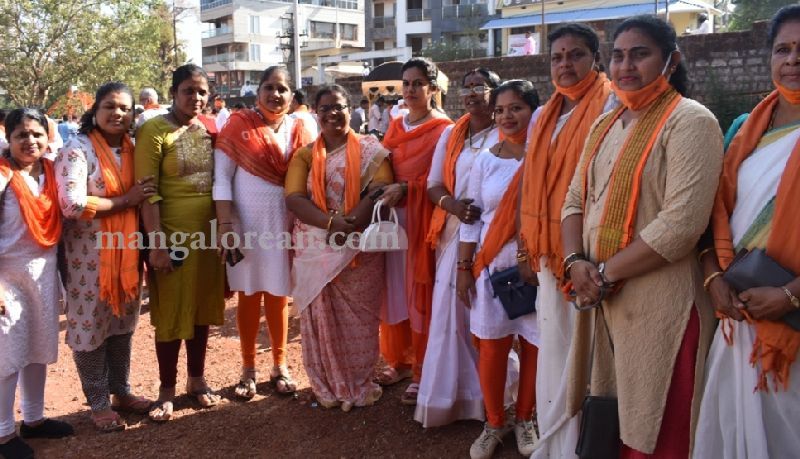 Volunteers in these organizations come from varied professions and socio-economic and geographic backgrounds and they dedicate their time, skills and energy towards these causes. Thanks to their efforts, a huge difference has been made to the lives of lakhs of people across the country. But there is a long way to go for our nation to reach its full potential. Samartha Bharata offers a single platform for new volunteers and organizations to come together. In future, it will also serve as an incubator for new initiatives proposed to solve challenges and problems faced by society.

With the motto, YES, I Serve My Nation. YES, I Am the Change. YES, Together We Can, the VISION & MISSION of Samartha Bharatha, (Vision)-To transform Bharat by involving people in sustainable social, economic and cultural initiatives. (Mission) to Introduce meaningful social, economic and cultural initiatives to help develop a sustainable, strong society; Connect individuals to participate through a multi-dimensional volunteer platform; Inspire service-minded enthusiasts to develop problem-solving and leadership skills that will strengthen neighborhoods and the nation, Provide opportunity to organizations to become partners in nation-building; Incubate new ideas and initiatives proposed to solve social & economic challenges. 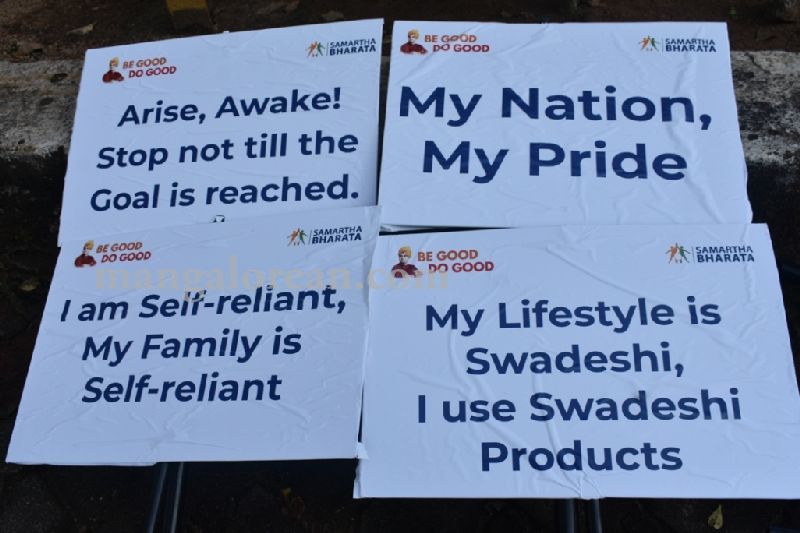 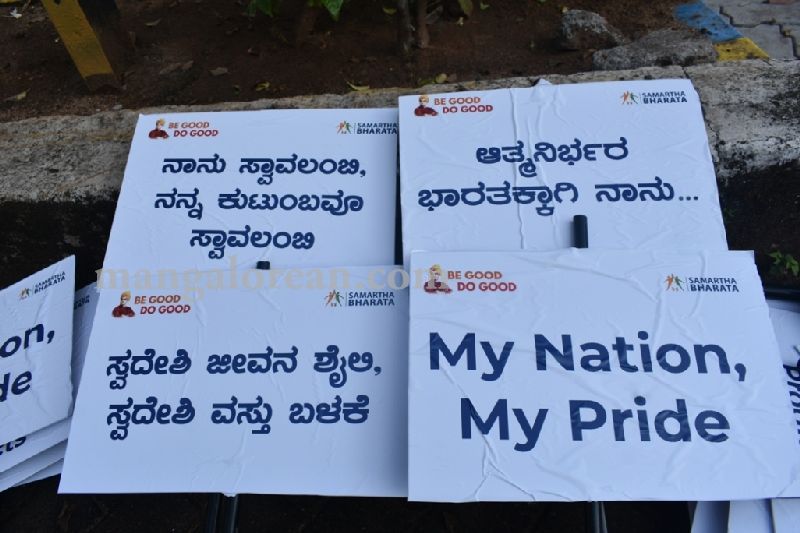 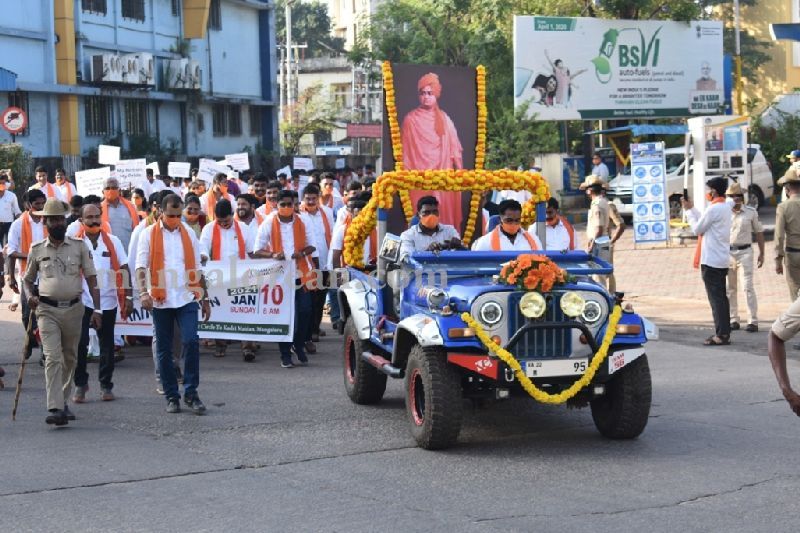 Locally, to mark the 158th Birth Anniversary of Swami Vivekananda and also to mark the National Youth Day, Samartha Bharatha organized ‘Mangaluru Walkathon’ with a theme ‘BE GOOD, DO GOOD’ campaign, with the walkathon starting from Navabharath Circle till Kadri Ground, Mallikatta, Mangaluru on Sunday, 10 January 2021 at 9 am. Reaching the Kadri Ground, the programme began with “Vande Matharam’ song sung by Mrs Pooja Pai of BJP, followed by inauguration of the programme by lighting the lamp by Keshava Bangera, a lecturer at Sri Narayana Guru College, Mangaluru and also ABVP leader, and Keshava Nandodi of Pratap Nagar-Sanganikethan, Mangaluru.

Addressing the gathering of nearly 900 people, Keshava Bangera talking about the ideals and teachings of Swami Vivekananda said, ” Swami Vivekananda inspired millions of youths throughout the world with his teachings. His prominence was felt at a convention in Chicago in the year 1893 where he was a participant and speaker. His famous speech on India’s spirituality-driven culture and robust history drew praises from the Americans, especially from the intellectual circle. His strong personality, vast knowledge in science and Vedanta, and empathy towards human and animal life, made him the torchbearer of peace and humanity”. 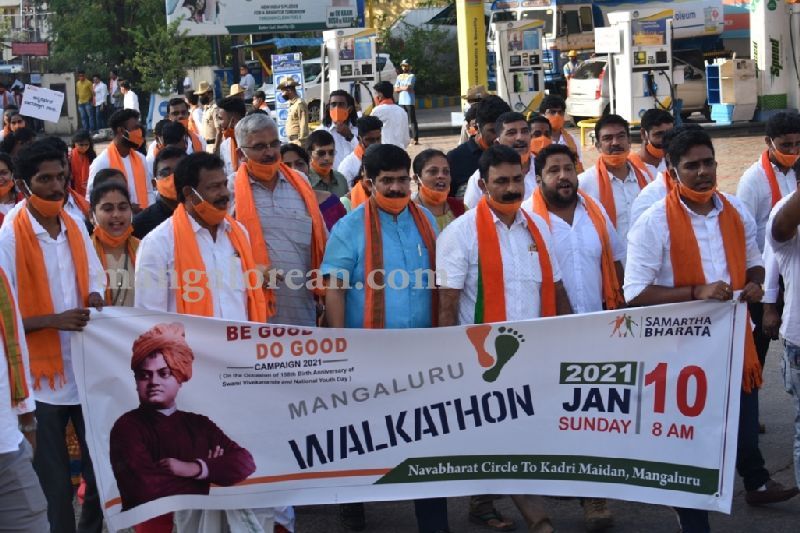 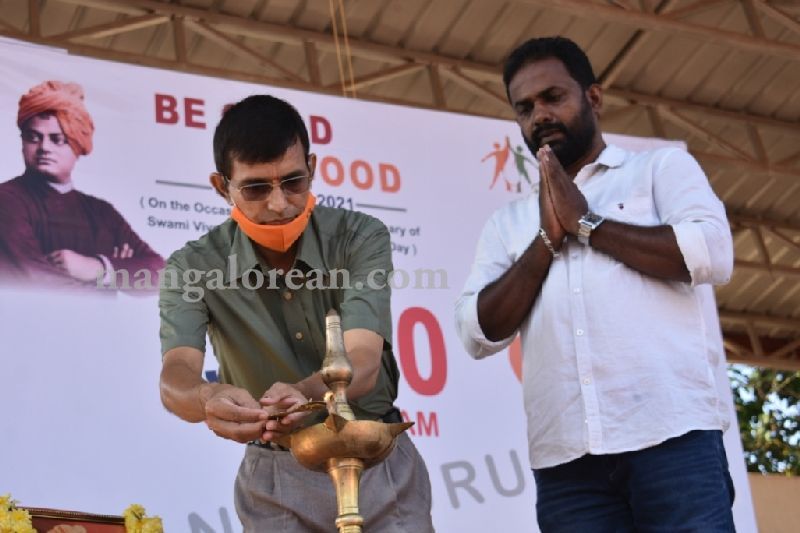 “It should also be noted that Vivekananda was strictly against any form of superstitious beliefs and condemned any kind of violence. His approach to religion was an amalgamation of scientific studies and Vedanta. He was also a devoted disciple of Ramakrishna, a Hindu mystic and saint. Like every year, Swami Vivekananda’s birthday will be celebrated on 12 January 2021. Vivekananda’s teachings continue to inspire millions of people across the world. Though predominantly a Hindu saint, Vivekananda always put humanity above everything else” added Bangera.

During the walkathon the walkers carried placards with messages like- .”I Am Self-Reliant-My family is Self-Reliant”; “Arise Awake! Stop Not Till The Goal Is Reached”; “My Nation, My Pride”; “My Lifestyle is Swadeshi, I Use Swadeshi Products”, among many other placards in Kannada and English languages. MLA Vedavyas Kamath, BJP leaders Pratap Simha Nayak, Sudheer Shetty, Sathish Kumpala, BJP Dist Yuva Morcha President Gurudutt Nayak, BJP Youth leader Sachin Rai, were among many prominent leaders present.

How is Swami Vivekananda’s Birthday Celebrated?

Vivekananda represented India and Hinduism at the 1893 World Parliament of Religions, and it was at that time and following that he became an inspiration to much of India’s youth and had a great influence on the West and other parts of the world. The date of the holiday honouring Vivekananda is the swami’s birthday. On National Youth Day, special events are held all over India, especially at educational institutions. You will see parades, speeches, musical performances, sports matches, and writing competitions, among other things. There are also special youth groups that are devoted to studying the writings and philosophy of Swami Vivekananda that will hold events in his honour on this day. Finally, look for the annual National Youth Festival to pay homage to the swami’s legacy. Swami Vivekananda Jayanti is a day to remember and learn from the man who did more than any other to spread the ideas of Hinduism, especially among the world’s youth.