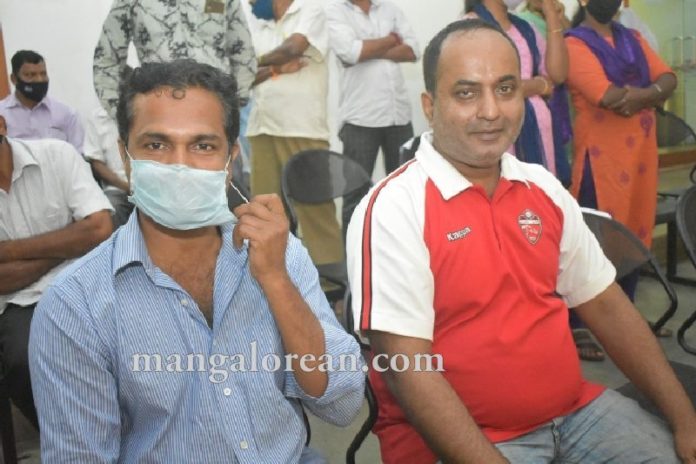 Mangaluru: During the recent Janaagraha Centre for Citizenship and Democracy’s fifth City Politics Webinar – ‘Decoding Ward Committees for citizens of Mangaluru’ organized one of the eight panelists, Dr Rita Noronha-the Director of Centre for Development Studies and Education had said, “The formation of Ward Committees in the city has to be broad-based with a concern for social justice and to make democracy work. The formation of the committees is the key, but keeping social issues core to this agenda is another important focus area. Every ward should have a vision in making the City healthy and inclusive for people from all categories”.

MCC Civic Group Co-Founder Ajoy D’Silva said ward committees will be the watchdogs to hold corporators accountable. The committee will follow up on development plans, their implementation and the quality of work delivered and funds utilized”. Srinivas Alavilli, Head, civic participation, Janaagraha, Bengaluru during the webinar had said , “Now, the time has come for 600 citizens (10 each from 60 wards) of Mangaluru to stand up and be counted. Ward Committees bring democracy to the doorstep. Not many are aware of the role of ward committees and have misconceptions about it”. 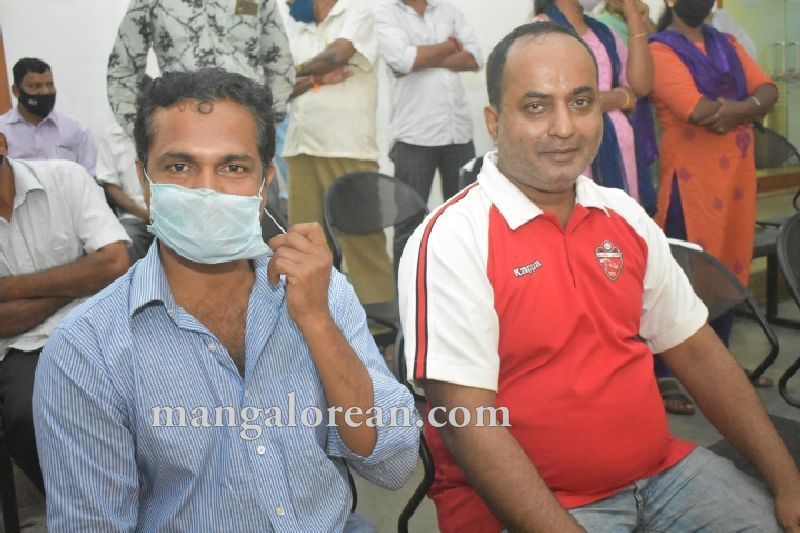 Senior Advocate Asha Nayak had said “Ward Committees have been envisioned in the constitution, and therefore, enforceability is there. Accountability, transparency and the management of ward committees are key to smooth functioning,”. While Kathyayini Chamaraj, Executive Trustee of Citizens’ Voluntary Initiative for the City of Bengaluru (CIVIC) had said, ” “Members should be thorough on how things function and must be fully aware that you can appeal to the high court in the case of your requisitions being unheard,”

“The ward committee platform is the formal mechanism to institutionalize local citizen engagement. Janaagraha looks forward to bringing learning and expertise to empower citizens and corporators with technology tools and platforms to empower the Ward Committees through our IChangeMyCity platform,” said Sapna Karim, Head, and Civic participation at Janaagraha. Over 200 citizens participated in the webinar and panel discussion moderated by Harsha Raj Gatty, editor, Solmelu. 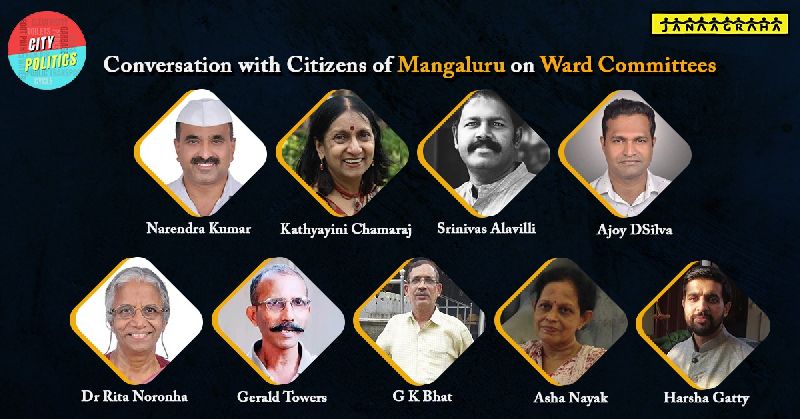 Recently with the Direction from High Court, Mangaluru City Corporation had called the Public to Fill Out Applications for Ward Committees in 60 Wards. And it should be noted that In a first in the entire State, Mangaluru Municipal Corporation Commissioner Akshy Sridhar has invited applications from citizens to serve as ward committee members but with a rider. The application form is based on a format suggested by CIVIC but goes much beyond it. The applicant has to sign an affidavit that he is not a member of any political party and does not have any political affiliation! He has to also state that he does not have any criminal cases against him and also file a record of his social service activities. This may help to remove nepotism and favouritism, prevalent in the selection of ward committee members in Mangaluru, and clean and genuinely service-minded citizens may find a place in Mangaluru’s ward committees.

It should be also noted that an agenda to form ward committees was presented at the council meeting of the MCC on August 28, 2014, and a special meet was held in this regard on 29 October 2014. It was again recently passed unanimously at a council meeting on 13 August 2020. Nigel Albuquerque and Ajoy D’silva, both Social Activists, and Co-founders of MCC Civic group, which was formed with like-minded citizens FIVE years ago in order to address the several multiple civic problems citizens face across Mangaluru, had fought the battle in the High Court to form Area Sabhas and Ward Committees in Mangaluru- and they succeeded in winning the Case.

Prior to heading to High Court, both Nigel and Ajoy found that resolving civic problems was akin to a bottomless pit and researched for a permanent solution narrowed down to institutionalizing citizen participation via Ward Committees and Area Sabhas in the true spirit of the 74 th Constitutional Amendment of 1992, Supplemented by the Karnataka Municipal Corporations (Amendment) Act of 2011. Upon meeting a deadlock repeatedly approaching the respective authorities in Mangaluru City Corporation for regulatory compliance, MCC Civic Group to the judicial route, successfully moving the High court of Karnataka in Bengaluru Judgement orders for ward committees and Area Sabhas in Mangaluru City Corporation-WP53244/2018 awaiting judicial compliance. 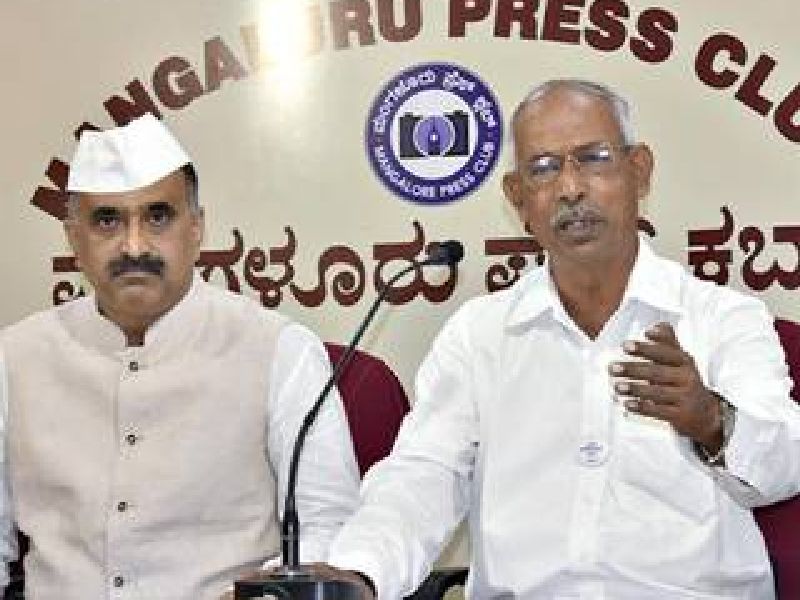 Now, following a direction from the High Court, the Mangaluru City Corporation (MCC) has initiated the process of appointing members for ward committees in 60 wards, and citizens of Mangaluru showing keen interest have applied to become Ward Committee members- BUT THE NUMBERS ARE NOT ENOUGH, THEREFORE TEAM MANGALOREAN KINDLY REQUEST THE CITIZENS OF MANGALURU TO ACT FAST AND FILL YOUR APPLICATION TODAY ( 16 November) and BY LAST DATE TOMORROW 17 NOVEMBER, WITHOUT FAIL! “As per the mandate of the Constitution, the MCC has to form ward committees in each ward, under the chairmanship of the respective ward corporators. Hence, applications for the ward committees are invited by the city corporation, said MCC commissioner Akshy Sridhar.

As per the directions of the government, the city corporation must nominate 10 members, including one representative each from the Scheduled Caste, Scheduled Tribe, three women, two representatives from civic groups and three from the general category for the ward committees, in each of the 60 wards in the city limits. The city corporation will accept applications from the public to take part in the ward committees of their respective wards. Applications will be accepted at the three zonal offices at Surathkal, Central and Kadri till November 17. 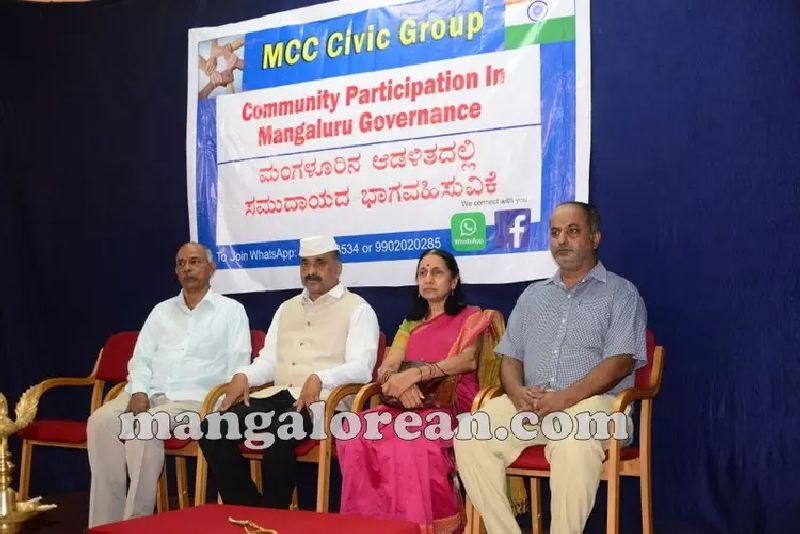 Applicants must furnish details including name, date of birth, address, ward number, Aadhaar number, caste, category, educational qualification and their area of interest or experience, along with the application form. Applicants must declare that there are no pending criminal cases against them. They also must declare that they are neither members of any political party nor have any political affiliations that will bias their decisions, the commissioner stated in a release.

THE DEADLINE FOR MANGALURU CITIZENS TO SUBMIT WARD COMMITTEE APPLICATIONS IS 17 NOVEMBER 2020 by 4.30 pm

Janaagraha has also added a page on its website, to inform citizens of Mangaluru the latest updates on ward committees – http://www.janaagraha.org/mangaluru/