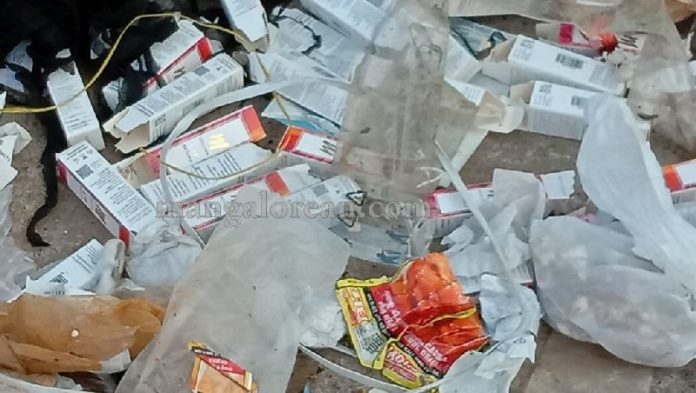 Mangaluru: If you wake up in the morning before 6-6.30 am, and take a drive or stroll around the Mangaluru City, you’ll be surprised to see the amount of garbage that is scattered all over- a clear picture of Swachh Bharath/Swachh Mangaluru Abuse? Garbage left behind by street vendors, pedestrians, commuters waiting at bus stops and so on- and adding to that ignorant shop owners too abusing the system, and the poor Pourakarmikas of Antony Waste Management Cell Ltd. have to bear the brunt and do the cleaning left for them by ignorant people. The mentality of most of the shop owners and street vendors is that we can litter when Pourakarmikas are there to clean it. It’s indeed a pity that these poor Pourakarmikas have to clean such a big mess created by people every single day. Bah humbug! 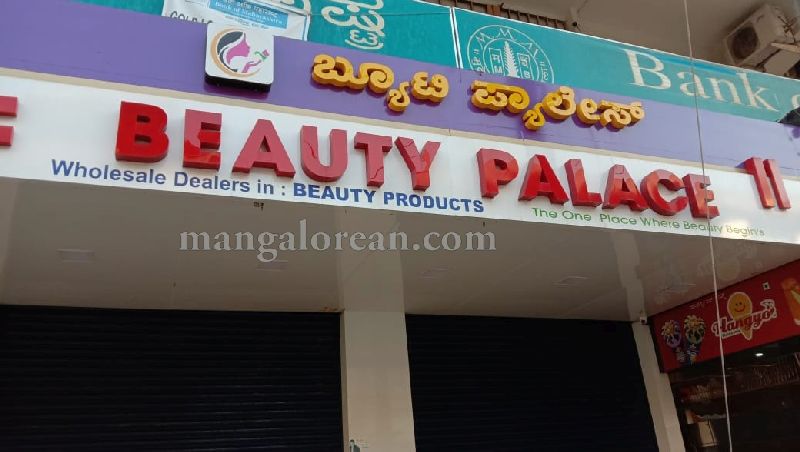 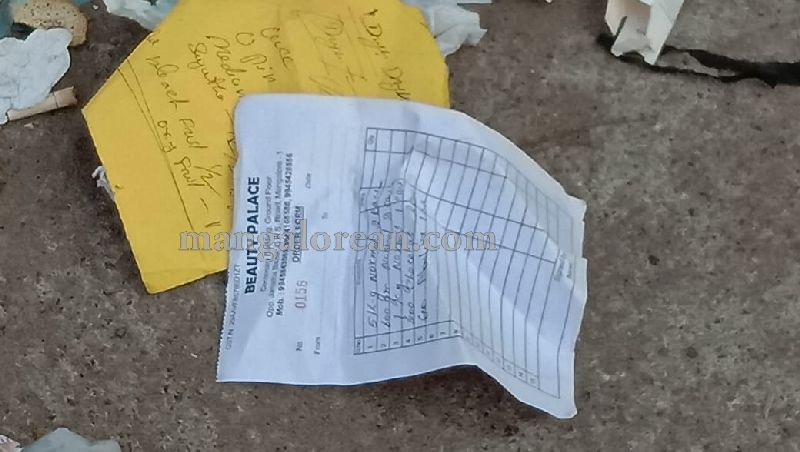 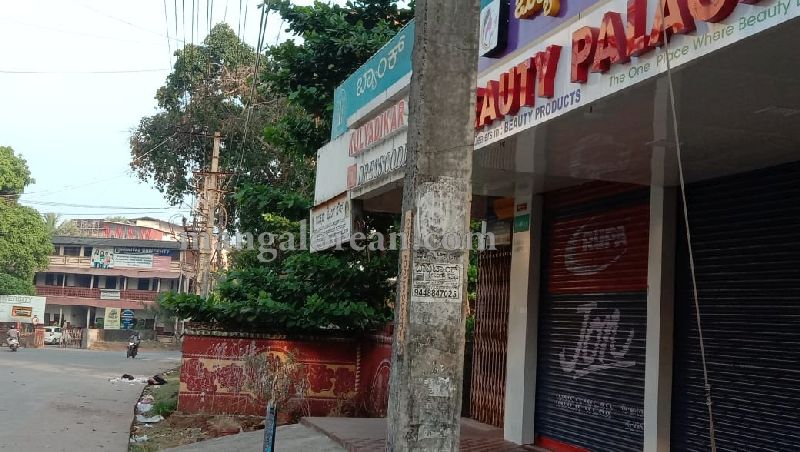 Mangaluru, which was ranked third in a list of cleanest cities in India under the Swachh Bharat Abhiyan back in 2015, was ranked a distant 63 in 2017. It did not find a place in the 73 cities ranked in the Swacch Sarvekshan list last in the following year either. You know why? Because of all the garbage dumped by shop owners and others, who ignored the Swachh Mangaluru Campaign. On 2 October 2014, just months into his job as prime minister, Narendra Modi launched the Swachh Bharat Mission, the most ambitious cleanliness campaign in Indian history. Not by coincidence, this was the very date of the birth anniversary of Mahatma Gandhi. Modi, in dramatic style, appeared before a battery of cameras to sweep the courtyard of a police station in a Dalit residential colony in central Delhi. Since the launch, Modi has put enormous effort into making the Swachh Bharat Mission a flagship programme of his rule. But all his efforts were in vain.

PM’s initiative was carried forward and promoted by various organizations, Education Institutions, Religious Institutions, Ashrams/Maths- and locally here in Mangaluru, Ramakrishna Mission had played a vital role in the Swachh Bharath/Swachh Mangaluru Abhiyan- since 2015, with determination and commitment to make Mangaluru Cleaner. But it was also the responsibility of the people to appreciate what Ramakrishna Math volunteers were doing, by not littering the same place which was cleaned by these volunteers. Unfortunately every single day in Mangaluru, even in spite of many awareness programmes and motivation, people are still abusing the concept of Swachh by dirtying the City. 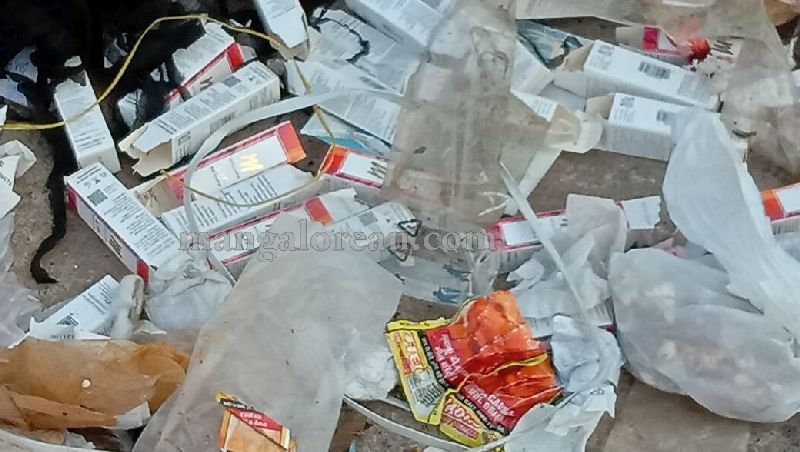 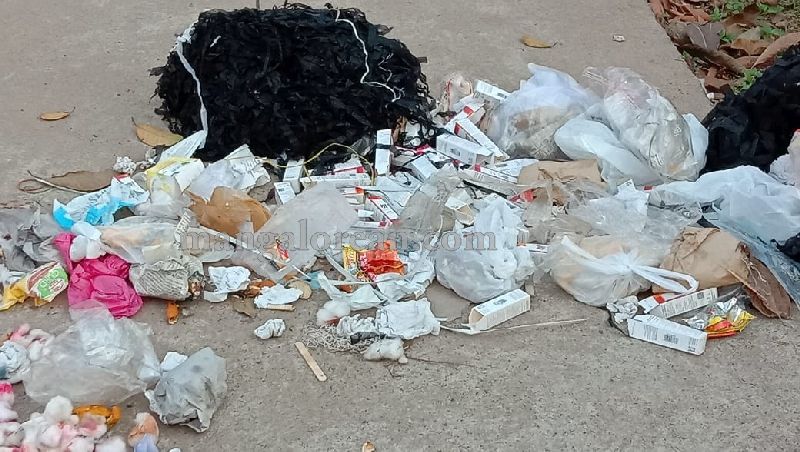 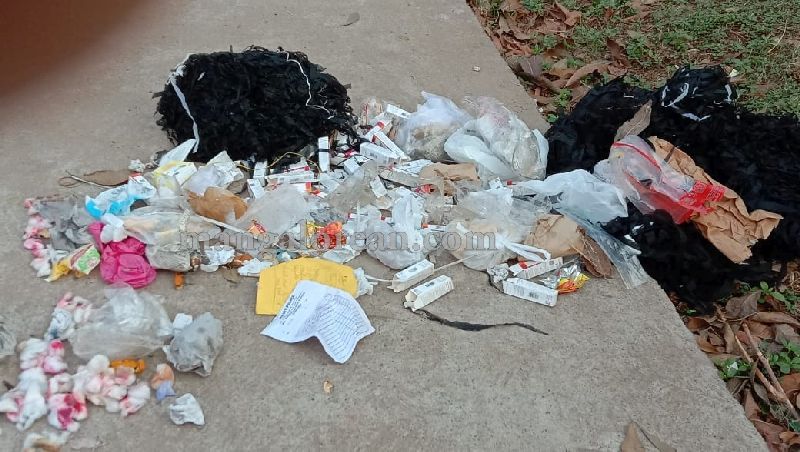 The idea behind Swachh Bharath is to motivate people not to litter, but it is happening the other way- where people are very much creating a mess everywhere with an impression that someone else will clean their mess, and make the City look clean. But sadly, the citizens of Mangaluru seem like they do not appreciate the cleanliness done and also the awareness on Clean environment promoted by many organizations. And this morning Yours Truly of Team Mangalorean while riding on GHS Road, noticed a pile of garbage right in front of Ganapathi High School entrance gate. Thought to myself, why would anyone dump such garbage when the City is trying its best to keep it clean and green.

While clicking a few photos, I noticed couple order forms mixed in the waste, and they belonged to a beauty shop located few metres from this dump place- and the shop was “BEAUTY PALACE” located in Centenary Building, Opposite Janata Bazar, GHS Road- and their signboard had a saying “The One Place Where Beauty Begins”? The beauty begins at their shop, but the shop owner doesn’t mind littering and spoiling the Beauty of the City with his shop’s ugly waste. Bah humbug!

After Ramakrishna Mission took the initiative of making Mangaluru a Clean City for the last five years, they had given this City an “EXTREME MAKEOVER” in many areas of the City, either by painting dilapidated bus shelters/walls/street signs etc.; sweeping streets; cleaning garbage; pulling outgrown weeds/grass etc.- but once this campaign of Ramakrishna Math ceased last year- we see garbage, painted walls being filled with paan spit; or posters being pasted on the walls etc. But why are people of Mangaluru so IGNORANT? 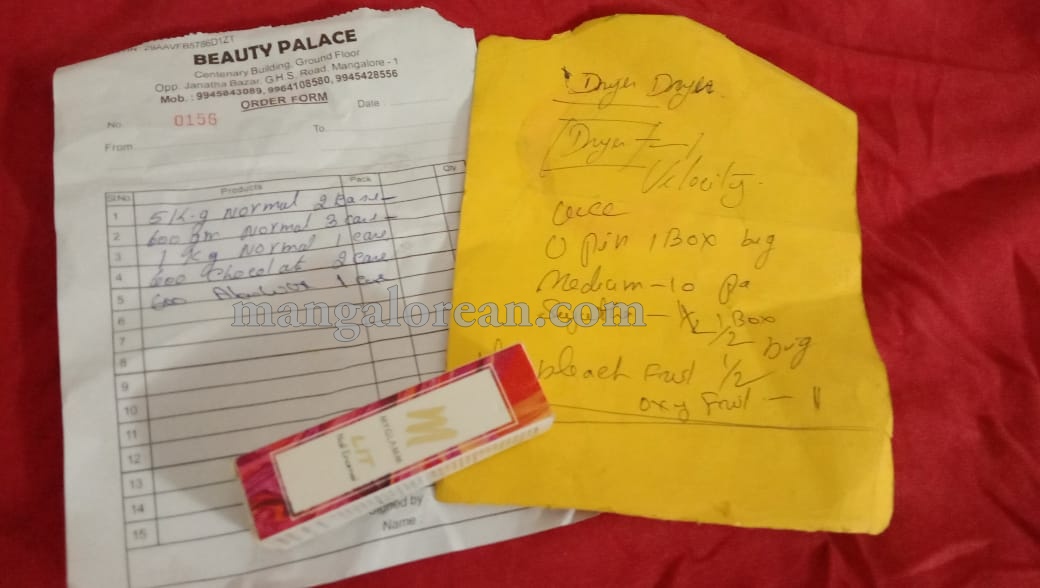 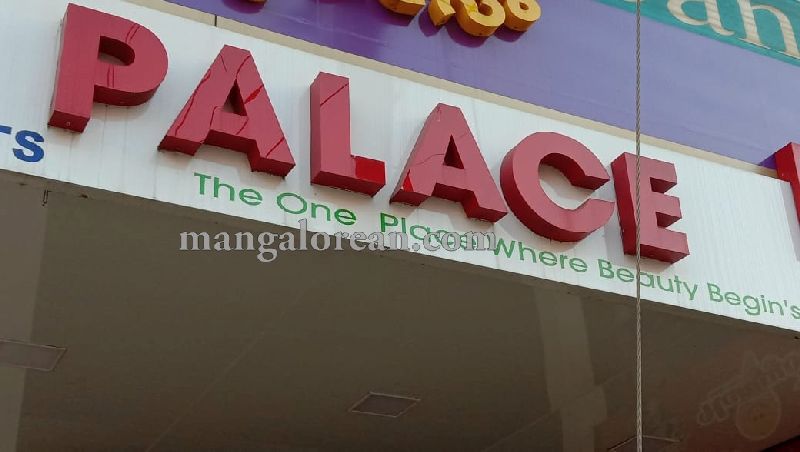 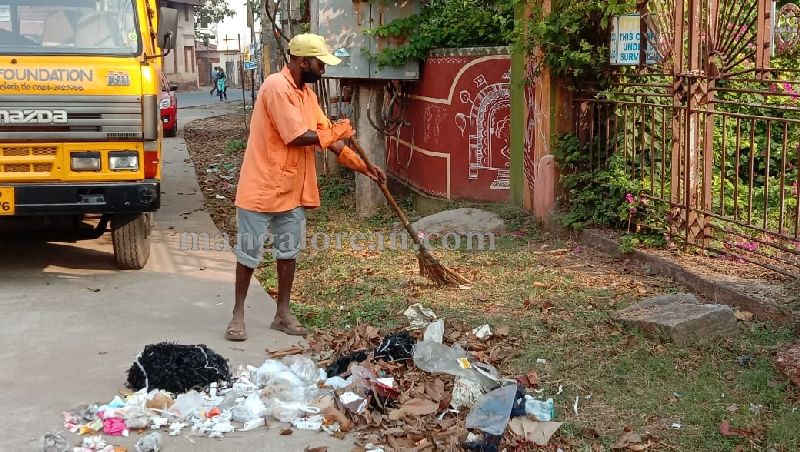 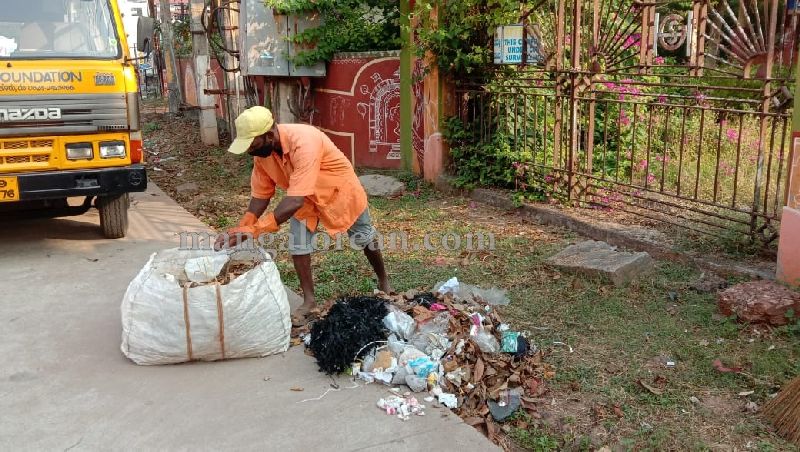 Speaking to Team Mangalorean, Nagesha of Antony Waste Handling Cell who was cleaning the mess said, “I see this garbage every single day, consisting of used beauty products, cotton etc, and just wondering who is doing it, when we work hard to keep the City clean. Why can’t they put the garbage in bags and dispose of it off, rather than dirtying this area”. In response, I showed him the shop from where all the garbage came from, and now he knows who the culprit is?

In conclusion, even though with PM Modi and his government launching a mission called, “Swachh Bharat”, where our PM took a broom for few minutes, so did big people who never knew how to catch a broom in a lifetime- and even though the Swamis and Volunteers of Ramakrishna Math and other social organizations undertook the cleanliness campaign- many of Kudla roads are DIRTY again. We need more than some media campaigns; we need some real groundwork being done from the government and MCC. Well, while certain organizations are trying to keep the City clean, the government and especially MCC should also cooperate in providing enough dustbins/garbage bins and also enough toilets. The govt officials should also join hands with the volunteers and note how the Swacch Bharath/Swachh Mangaluru campaign is progressing. Hoping to see Mangaluru cleaner than it was a few days ago? Hoping that Beauty Palace will STOP dumping their waste again, after seeing this report.