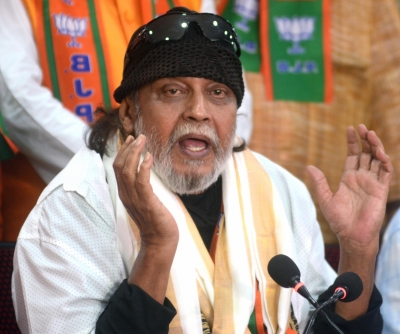 Kolkata: The West Bengal unit of BJP on Monday announced a reshuffle in its core committee with the induction of megastar Mithun Chakraborty.

A total of 24 leaders have been provided berths in the core committee, thus making it the biggest ever core committee of the party in the state.

However, another actor-turned-politician and former Rajya Sabha member, Rupa Ganguly, has not found a place in the new core committee.

The other members in the core committee include state BJP President Sukanta Majumdar, national vice-president Dilip Ghosh and leader of opposition Suvendu Adhikari, among others.

Mithun Chakraborty joined the BJP just before the 2021 Assembly polls. He was also quite active in campaigning at that point of time.

However, after the polls, he went for a sabbatical and attributed the low-key affair to health-related problems. However, during the last few months, he has become active again. Now after his induction in the core committee, the actor is expected to play a bigger role in the party in Bengal.