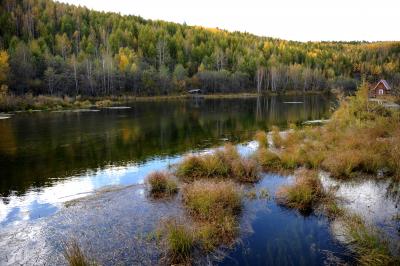 Bengaluru: With the month-long Biodiversity campaign to be kicked off soon, Karnataka Biodiversity Board Chairperson, Anant Hegde Ashisara on Monday directed the Bengaluru civic body to allocate special funds in its budget annually for protection and conservation of lakes, wetlands, environment, and biodiversity besides improving green cover in and around the state capital.

After chairing the Bruhat Bengaluru Mahanagara Palike (BBMP)-Biodiversity Committee meeting here, Ashisara said that he had directed the civic officials to draw up special programmes at the ward level and involve the local communities in various activities.

He also said the meeting had discussed taking up a proper survey of lakes, and protection of wetlands. “Even as the BBMP routinely takes well intended measures like clearing encroachments on lakes, wetlands and storm water drains, it should make efforts to properly document its work,” he said.

Ashisara said that several lakes, such as Jakkur Lake, have been rejuvenated and are maintained by local communities and organisations.

“We need to adopt various methods and means to involve more local communities and organisations in protecting and preserving the city’s environment and biodiversity,” he said.

Pointing out the city’s two biodiversity heritage spots, he said that the BBMP’s Biodiversity Committee must identify more spots in the city, apart from completing work on the biodiversity register.

“Already there are two biodiversity heritage spots in the city – Roerich Estate and GKVK (Gandhi Krishi Vigyan Kendra) in the University of Agriculture Sciences. We need to draw up special programmes at the ward level and involve the local communities in various activities, such as planting saplings or felicitating those who have actively participated in protecting the environment,” he said.

He also instructed the BBMP to publish in the public domain the variety and species of saplings in its nurseries and where saplings have been planted.

Ashisara said that the BBMP must take concrete steps to improve the green belt on the city’s outskirts, by roping in organisations and communities, by rejuvenating lakes, protecting the wetlands and taking up extensive afforestation programme.