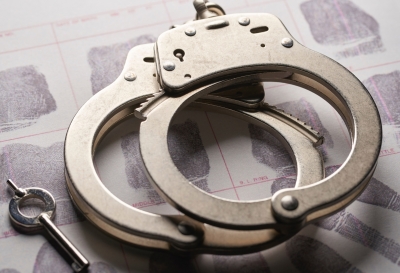 Bengaluru: A woman, her paramour and eight members of a ‘supari killer’ (contract killers) gang were arrested here on Thursday for planning and executing the murder of her 35-year-old businessman husband, police said.

The police said that the woman and her paramour paid Rs 5 lakh to hire the contract killers gang headed by Tabrez Pasha aka Tabbu aka Double.

“Interesting part of this case is that the contract amount of Rs 5 lakh was recovered from deceased Mohammed Shafi, a small-time real estate businessman,” a police release said.

The police said that realtor Afsar Khan was in love with the married Tasleem Banu, who also reciprocated after they met at a marriage ceremony of a common relative two years ago.

“Tasleem Banu married Shafi a couple of years ago and was happily married until she met Afsar Khan, who is a family acquaintance. She wanted to eliminate her husband, who, she thought, would become a problem in her affair, and hence she roped her lover to eliminate him,” Assistant Commissioner of Police Sudhir Hegde told IANS.

Khan persuaded Shafi to invest in a land parcel valued around Rs 70 lakh by offering him immediate commission of Rs 5 lakh. “After investing Rs 70 lakh, Shafi was running around to collect his Rs 5 lakh commission. But Khan kept dodging him for several months, giving one excuse after the other.”

After some time, the police said that Khan invited Shafi to collect his commission in an isolated timber yard, where the gang members hacked him to death on March 19.

“After Shafi was killed, his father Arif lodged a case and investigations revealed his wife’s hand in this case,” the police said.