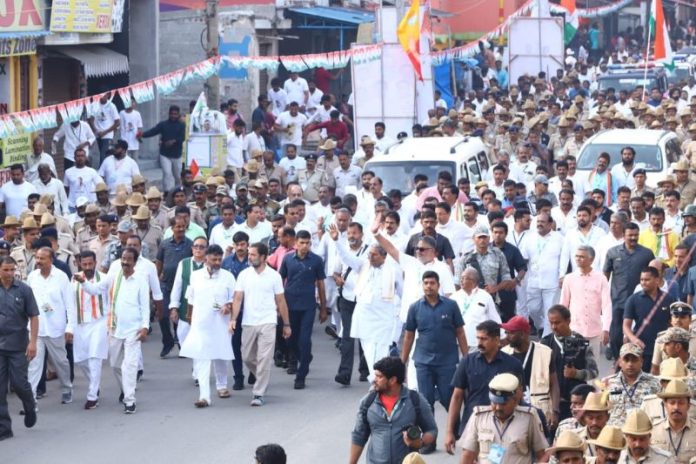 New Delhi: A day after an RSS leader said rising inflation and unemployment are a matter of concern, the Congress on Monday said the impact of ‘Bharat Jodo Yatra’ — being led by party leader Rahul Gandhi — is such that “even RSS is now talking about these issues”.

“Look at the impact of Bharat Jodo Yatra… those who were involved in dividing the nation are talking of inflation and unemployment,” Congress General Secretary Jairam Ramesh said.

Also, former Karnataka Chief Minister H.D. Kumaraswamy (JD-S) said on social media on Monday that the statement of Dattatreya Hosabale, the General Secretary of RSS holds mirror to the current condition in India. “Now, there are big questions over claims of Achche Din,” he said.

“One does not require special expertise to say who flourished, who lost everything in the last many years of the BJP’s rule in the country. Hosabale himself has said that 20 crore people are below poverty line and 4 crore youth are unemployed. Then, who became rich?” Kumaraswamy questioned.

Rashtriya Swayamsevak Sangh’s ‘Sarkaryavah’ Dattatreya Hosabale has expressed concerns over the ever-increasing income inequality, unemployment and poverty as “demon-like challenges” which have to be ended.

Hosabale said that in the last 75 years, India has made remarkable achievements in many fields but the amount of poverty-stricken, unemployment rate and income inequality in the country still remains a challenge like “demons” and it is very important to end it.

Speaking at the webinar ‘Swavalamban Ka Shankhnaad’ organised by the Swadeshi Jagran Manch, a Sangh affiliate, on Sunday under Swavalambi Bharat Abhiyan, Hosabale said that even today, 200 million people in the country are below poverty line, and the per capita income of 23 crore people of the country is less than Rs 375.