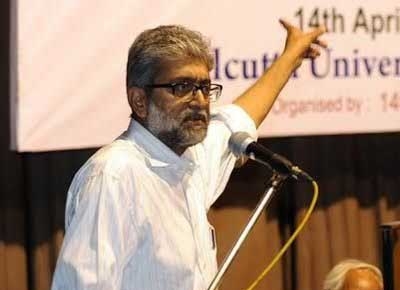 The Supreme Court has agreed to hear on Friday a fresh plea by activist Gautam Navlakha, accused in Bhima Koregaon case, who has not been shifted to house arrest despite court’s order.

New Delhi: The Supreme Court has agreed to hear on Friday a fresh plea by activist Gautam Navlakha, accused in Bhima Koregaon case, who has not been shifted to house arrest despite court’s order.

The matter was mentioned before a bench headed by Chief Justice D.Y. Chandrachud by Navlakha’s counsel on Thursday. The counsel submitted that the top court order regarding house arrest is not being followed and added that the order was passed on November 10.

Solicitor General Tushar Mehta, representing the NIA, submitted that Navlakha instead of providing his house address, has given details of a library-cum-residential place belonging to the Communist party. Navlakha’s counsel opposed Mehta’s submissions. The counsel said it was mentioned that it is a library.

Mehta said the NIA is also seeking certain directions from the court and has filed an application. Mehta asked the court to list the matter on Monday.

After hearing brief submissions, the top court said it will list both the pleas, by the accused and the NIA, for hearing on Friday before the bench headed by Justice KM Joseph, which had passed the house arrest order.

On November 10, the top court had allowed Navlakha to be placed under house arrest after considering his deteriorating health and also asked him to provide local surety of Rs 2 lakh by November 14.

The top court allowed the 70-year-old to be placed under house arrest for a month in Mumbai, while imposing a number of conditions. “We would think on a conspectus of the facts that we should allow the petitioner to be placed under house arrest at least to begin with till the next date of hearing from the date on which he is actually placed on house arrest”, said the bench, scheduling the case for next hearing on December 13.

Navlakha moved the apex court challenging Bombay High Court, judgment passed in April, dismissing his plea to be transferred from Taloja Prison and placed under house arrest instead. In August 2018, he was arrested and initially placed under house arrest. In April 2020, after an apex court order he was moved to Taloja Central Prison in Maharashtra.