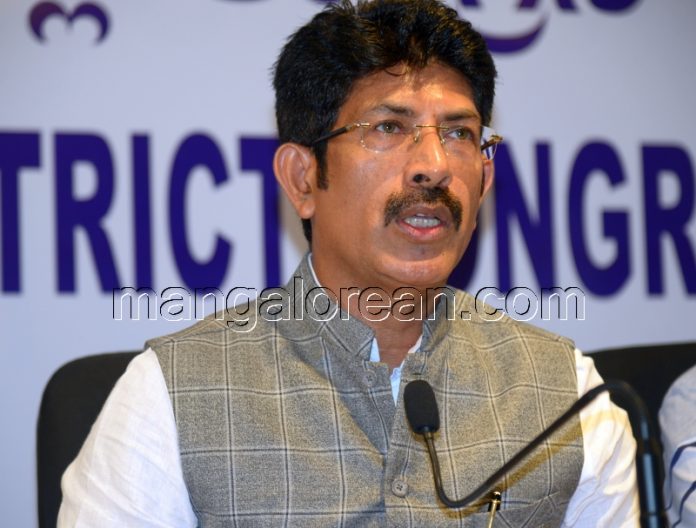 ‘Bicycle lane unscientific, the scent of corruption in the project’ – AC Vinayaraj

Mangaluru: Corporator AC Vinayaraj, opposition leader at Mangaluru City Corporation alleged that the Bicycle lanes, proposed under the ‘IndiaCycles4Change’ Challenge, of the Ministry of Housing and Urban Affairs ( MoHUA)undertaken by Mangaluru Smart City Ltd, is unscientific and urged the concerned authorities to make changes to the project. And if they go ahead, the traffic system in the City will worsen, said Vinayaraj addressing the media during a press meet held at Congress Bhavan, Mallikatta, in the City. 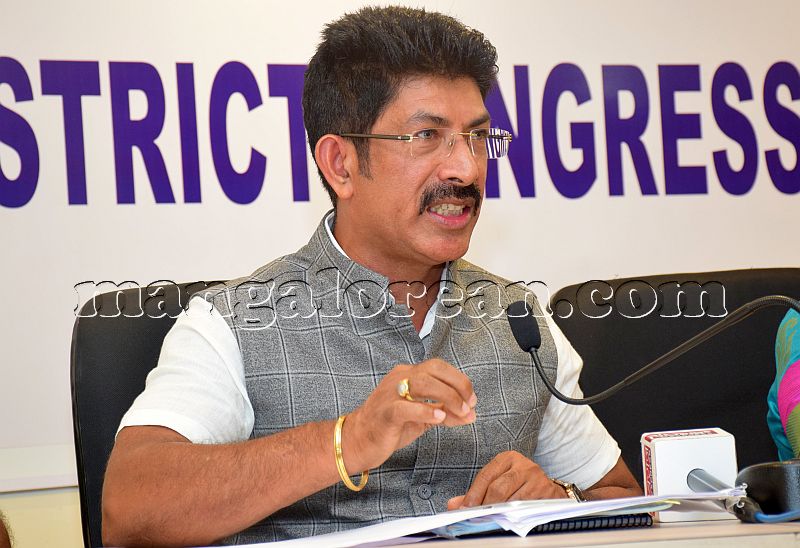 He further said, “A bicycle lane is planned in Mangaluru under Smart City project in two phases at different locations, and Rs 8 crore has been released for the same and the routes have been identified. In Bengaluru, we have such tracks. But in Mangaluru they are planning to divide the existing road to make a track, which is senseless. On the track, there are chances of other vehicles also passing through which is meaningless. It will also pose danger to the Cyclists. It looks like MLA Vedavyas Kamath is acting like a dictator and planning to earn BIG commission through this unscientific project, and there is no doubt about it.”.

“According to the routes identified, the roads there are narrow and if a three-meter wide bicycle lane is constructed, then the existing roads will become narrower. First of all the roads in Mangaluru should be widened and underground drainage work should be completed before they take up this meaningless project. It is impossible to construct a bicycle lane on the existing road. Money is being spent without any plans. Mangaluru is a business centre in and around the three-kilometre radius of Hampankatta, unfortunately, in the name of development, several roads have been dug which is troubling shopkeepers in that region.” added Vinayaraj.

Vinayaraj further said “It is learnt that the tender has been given to those who have no experience in the work. The person who has received the tender is a close friend of MLA Vedavyas Kamath and there is no doubt that a big commission to the MLA is already planned in this project. We will not allow MoHUA nor MSCL to come up with such an unscientific project, thereby looting the taxpayers’ money. We have written a letter to the chief secretary, directorate of urban land transport and MD of the Smart City project to withdraw the project and come up with a new plan looking at a feasible area and also asked that there be certain changes made in the plan. The City needs cycling lanes which are scientific, however, the foundation to this project here in Mangaluru was laid in a hurry, in order to swallow funds by the people behind the project”.

“Cycling lanes should be after providing enough space for the movement of vehicles, footpaths, stormwater drains and developing greenery. However, there is no space for the same in the City. A majority of the roads in the proposed cycling lane locations are yet to be widened. Works under Smart City Projects are yet to be completed at many places. Similarly, utility lines including water pipelines, gas pipelines and UGD pass through these roads. Without parking space on either side of the road, mainly people park their vehicles on roadsides meant for cycling lanes. If the cycling track is 3m wide, then the road will become narrow, hampering smooth movement of traffic. ” added AC Vinayaraj.