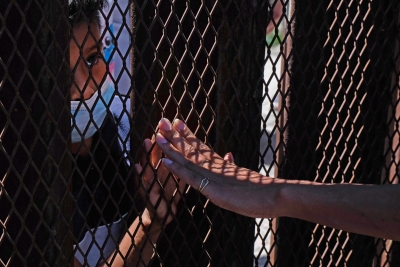 Washington/Houston: US President Joe Biden’s administration has said that it would start to swiftly deport thousands of Haitian migrants crossing the US-Mexico border illegally and gathering under a bridge in Del Rio, a border city in south central US state Texas.

The Biden administration has three flights planned for Sunday, and more could be scheduled for the coming days, Xinhua news agency reported, citing a leading US daily report.

Under the plan by the Department of Homeland Security, the Biden administration will “accelerate the pace and increase the capacity” of removal flights to Haiti and other destinations in the next 72 hours, said the report.

The White House temporarily halted deportation flights to Haiti after an earthquake in August, which was followed by a powerful tropical storm after weeks of civil unrest, said the report.

More than 14,000 Haitians are reportedly camping out under the Del Rio International Bridge, surging from hundreds just about 10 days ago. They are waiting to turn themselves in to the US Border Patrol and seek asylum.

Texas Governor Greg Abbott on Thursday directed the state’s Department of Public Safety and the Texas National Guard to shut down six points of entry along the US-Mexico border amid the massive surge of migration,saying the border crisis is “so dire” that the US Customs and Border Protection agents “are overwhelmed by the chaos”.

US-Mexico border arrests have reportedly stayed at the highest level in more than two decades, with more than 208,000 registered in August alone.