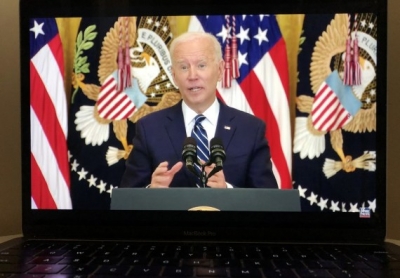 Washington:  US President Joe Biden announced his decision to nominate the country’s incumbent Ambassador to Vietnam Daniel Kritenbrink to serve as Assistant Secretary of State for East Asian and Pacific Affairs, the White House said.

Kritenbrink, a career member of the Senior Foreign Service, has been the Ambassador to Vietnam since 2017, Xinhua news agency reported.

He has served as a diplomat since 1994 with multiple assignments related to Asia.

Before serving as the Ambassador to Vietnam, Kritenbrink was the Senior Advisor for North Korea Policy at the Department of State.

From 2015 to 2017, he was the Senior Director for Asian affairs at the National Security Council.

The diplomat also served as Minister Counsellor for Political Affairs and Deputy Chief of Mission at the US Embassy in Beijing from 2011 to 2015.

From 2009 to 2011, he was Director of the Office of Chinese and Mongolian Affairs at the Department of State.

Kritenbrink also served in Japan and Kuwait in his earlier career, and he speaks Chinese and Japanese.