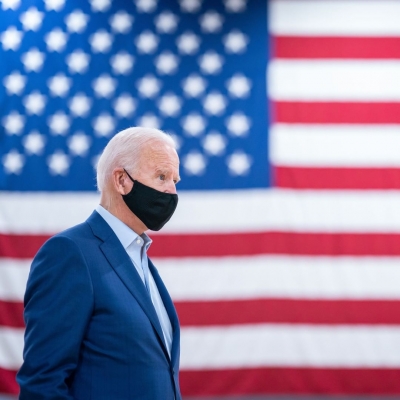 Biden vows to lay out groundwork for next relief package

Washington: US President-elect Joe Biden said that he would be laying out the groundwork for the next Covid-19 relief package next week, as the country’s economic recovery stalls amid the surging pandemic.

“As I’ve said before, the bipartisan Covid relief package passed in December is an important step, but just a downpayment,” Biden said in a speech on Friday in Wilmington, Delaware, referring to the $900 billion relief plan recently approved by Congress.

“Next week, I will be laying out the groundwork for the next Covid economic relief package that meets this critical moment for our economy and country,” the President-elect added.

Citing the newly released December 2020 employment data, Biden said the report, which showed a job loss of 140,000, is the the first negative jobs report since the height of the pandemic in the spring.

“More people have just lost a job while many have been out of work for a long time. The ongoing gap in Black and Latino unemployment remains much too large,” Biden said.

“With the pandemic raging, people are losing work and losing hope,” he said.

The latest data showed that the number of unemployed in December remained unchanged at 10.7 million, which is about 5 million higher than pre-pandemic level in February 2020.

“The bottom line is the jobs report shows we need to provide more immediate relief for working families and businesses now. Not just to help them get to the other side of this painful crisis, but to avoid the broader economic costs due to long-term unemployment, hunger, homelessness and businesses failing,” Biden said.

In his address, the President-elect also confirmed the latest members of the economic team, noting that with their announcements, his team has completed naming Cabinet members.

Calling it a “historic” Cabinet, the President-elect said this will be the first Cabinet ever that is evenly composed of women and men, and also the first ever with a majority of people of colour.

“It is my hope and expectation that the Senate will confirm these nominees promptly and fairly,” he said.

“That’s especially the case for nominees for Secretaries of State, Defence, Treasury, and Homeland Security who I nominated back in November.”

Biden will be inaugurated as the 46th President of the US on January 20.