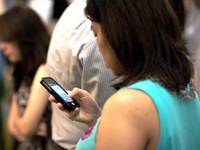 Gopalganj, Dec 19, 2014, (PTI): A village panchayat in Bihar’s Gopalganj district has, in a diktat, banned girls from wearing jeans and using mobile phones as these increase the chance of the girls “going astray”.

Confirming that such a diktat has been issued in Singha panchayat in Hathua block of the district, Hathua Block Development Officer Jitendra Kumar said the decision was taken at a general meeting of panchayat officials in which mukhiya Krishna Chaudhary and Sarpanch Vinay Kumar Shrivastav were present.

“According to the panchayat decision, the ban will be enforced within its jurisdiction with mutual understanding and without any coercion,” the BDO said