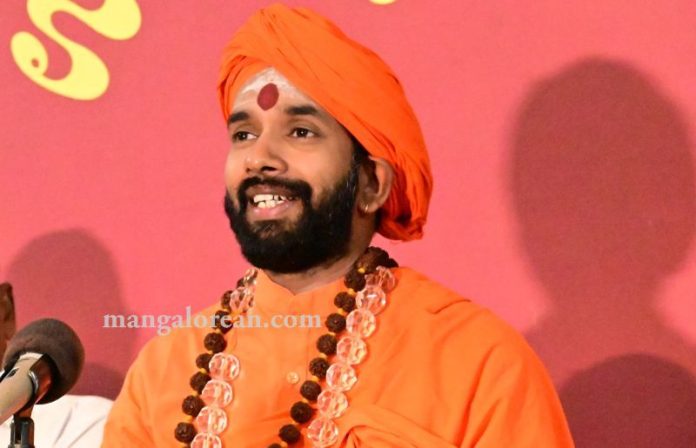 Udupi: Arya Ediga Rashtreeya Mahamandala president and Brahmashree Narayana Guru Shakti Peeta Pranavananda Swamiji said that he will hold a padayatra from Mangaluru to Bengaluru (covering 658 km) demanding to increase reservation for the Scheduled Tribe communities like the Billavas, Edigas and others. 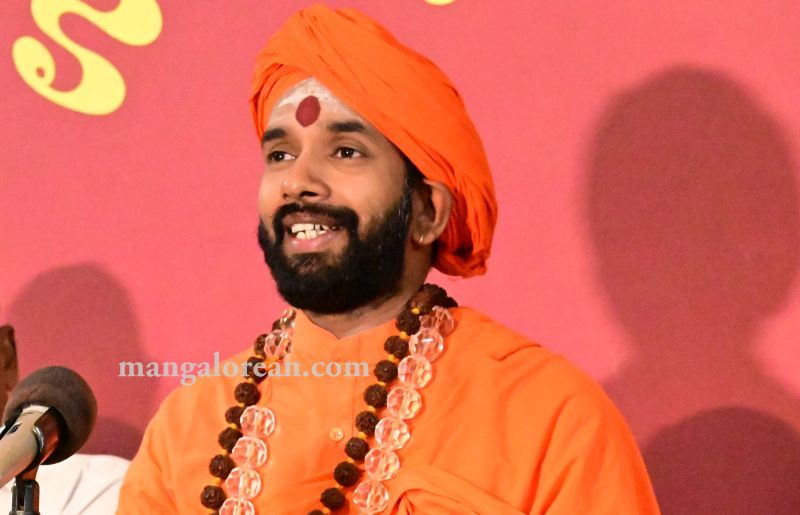 Addressing a press conference held at Udupi on November 22, Swamiji said, “The padayatra of 658 Km will start from Kudroli, Mangaluru on the 6th and conclude on February 14, at the Pride Park, Bengaluru. We have been fighting for our rights for the last 2 years. Last time minister Murugesh Nirani promised to fulfil our demands which have not been fulfilled. If we ask Minister Murugesh Nirani, he says that MLAs of the Billava Community are not supporting. The present government is working to suppress the backward classes. Earlier the society was forced to form a corporation board. However, the government just created a Corpus fund and washed its hands. The government has established a corporation for the upper classes, and has created a corpus fund for the backward classes”.

Swamiji further said, “Toddy sale is the traditional occupation of the Billava Eidiga community, but the government is not permitting its sale. This has hindered its economic development. Government should permit the sale of Toddy. In neighbouring states like Goa and Kerala, the government has permitted the sale of toddy, why not in Karnataka?” he questioned. 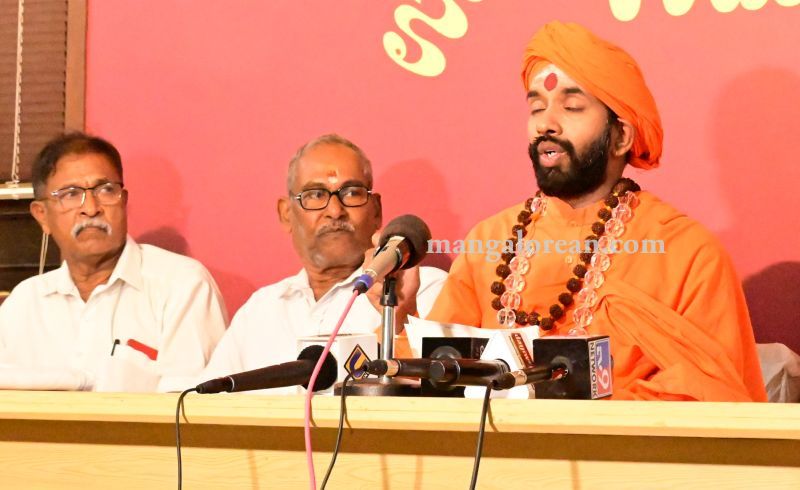 Swamiji warned that if the government fails to solve the problems of the Billava and Ediga communities, we will have to give a befitting reply in the next assembly elections. The next elections are not party elections.

Swamiji noted that leaders of different communities should respond to the grievances of their particular communities and get the work done by the government for the welfare of their communities. Billavas have a population of 70 lakh in the State and are a decisive force in the coastal districts. The Billavas will show their strength in the forthcoming elections.

Swamiji demanded that the Billava community get at least 3 MLA tickets to contest in the forthcoming Assembly elections in Dakshina Kannada. He also urged the Billava youth to refrain from indulging in violence. Don’t be slaves or followers of any particular political leader. Don’t limit yourself to shouting slogans. Be members of any party, follow any ideology but fight against injustice towards the community.