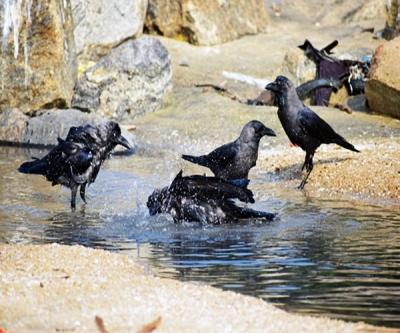 Bhopal:  Bird flu is causing the deaths of crows in Madhya Pradesh, according to a report. Meanwhile, the flu has gripped at least 18 districts in the state.

As per the official information, bird flu has been confirmed in crows and wild birds in 18 districts — Indore, Mandsaur, Agar, Neemuch, Dewas, Ujjain, Khandwa, Khargone, Guna, Shivpuri, Rajgarh, Shajapur, Vidisha, Bhopal, Hoshangabad, Ashoknagar, Datia and Barwani — across the state. A total of 328 samples from various district have been sent to the National Institute of High Security Animal Diseases (NIHSAD) for examination. Bird flu virus was not found in samples sent from Alirajpur district.

Necessary action is being taken to control the disease in all districts as per the advisory issued by the state and Central governments.

Transportation of poultry products from Kerala and other south Indian states has been banned due to the bird flu. Meanwhile, the poultry business has been closed for a week at the identified places in Indore, Neemuch and Agar-Malwa districts.