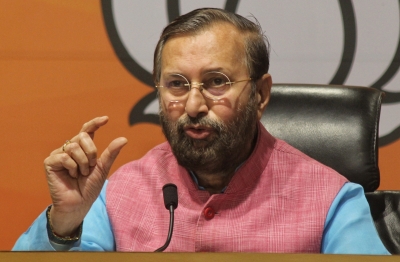 New Delhi: After Captain Amarinder Singh opened a front against his own party’s state president Navjot Singh Sidhu, accusing him of having links with Pakistan, the Bharatiya Janata Party (BJP) on Sunday sought clarifications from Sonia Gandhi and Rahul Gandhi on the issue.

Former Union Minister and BJP leader Prakash Javadekar launched a scathing attack on the Congress, saying that Amarinder Singh had made very serious allegations against Navjot Singh Sidhu by calling him anti-national.

Linking the issue with national security, Javadekar questioned the silence of Congress interim national president Sonia Gandhi, Rahul Gandhi and Priyanka Gandhi Vadra and asked whether the Congress would take note of these allegations.

He said that the Congress should come clear on these allegations.

After resigning as the Chief Minister of Punjab on Saturday, Amarinder Singh had lashed out at Navjot Singh Sidhu over his Pakistan connection. He raised questions about Sidhu’s praise of Pakistan Prime Minister Imran Khan and General Bajwa, and even called him anti-national.

The Captain had also said that he had informed the Congress high command several times about all these issues.

Captain’s allegations against Sidhu have given the BJP an opportunity to target the Congress high command. Many BJP leaders believe that due to his military background, Captain Amrinder Singh’s intentions regarding national security can never be questioned, and that he has always supported every step of the Modi government taken against Pakistan.