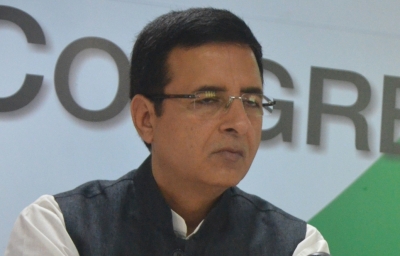 New Delhi: The Congress has accused the BJP of displaying “stubborn and arrogant attitude” on the three new central farm laws and asked it to shun such behaviour and repeal these laws, as demanded by the farmers.

Rahul Gandhi tweeted an old video clip of him speaking on the agrarian issues in Parliament in 2015 wherein he remarked that “the land of the farmers is getting costlier, and the government is making the farmers weak”.

The Congress remarks come a day after the opposition party decided to hold protests at the Raj Bhavans across India on January 15.

Party General Secretary Randeep Singh Surjewala said on Saturday: “Congress chief Sonia Gandhi has decided that in support of the agitating farmers, the party will organise ‘Kisan Adhikar Divas’ at its party offices and will also gherao the Raj Bhavans in all state capitals on January 15.”

Earlier, Rahul Gandhi had attacked the government on the lingering issue of farmers’ protest. “The government strategy is to keep giving dates,” he had alleged, while former Union Finance Minister P Chidambaram had suggested that government should keep the new farm laws in abeyance.