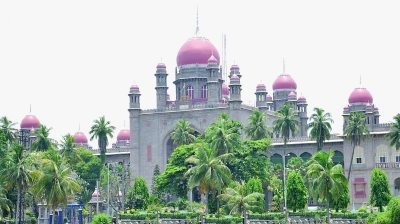 With BJP General Secretary B.L. Santhosh and two others not appearing before the Special Investigation Team (SIT) of Telangana Police probing MLAs’ poaching case despite the summons, the SIT approached the Telangana High Court on Tuesday.

Hyderabad: With BJP General Secretary B.L. Santhosh and two others not appearing before the Special Investigation Team (SIT) of Telangana Police probing MLAs’ poaching case despite the summons, the SIT approached the Telangana High Court on Tuesday.

The SIT informed the court that Santhosh was served notice through Delhi Police but he did not appear before it. The court was told that the top BJP functionary is not cooperating in the investigation.

Since a single judge bench of the High Court is monitoring the probe into the case, the SIT apprised the court of the progress of the investigation.

Tushar Vellapally, President of Kerala’s Bharath Dharma Jana Sena (BDJS) and Jaggu Swami have also not appeared before SIT, which has reportedly issued a lookout notice for them.

The trio, along with Bhusarapu Srinivas, a lawyer from Karimnagar, was issued notices by the SIT last week asking them to appear for questioning in Hyderabad on November 21.

However, only Srinivas, who is said to be a relative of Telangana BJP President Bandi Sanjay Kumar, appeared before the investigating team.

For a second consecutive day on Tuesday, Srinivas appeared before the SIT officials. He was grilled for about seven hours.

Srinivas had allegedly funded the flight expenses for Simhayaji, one of the three accused arrested for the alleged attempt to buy four MLAs of the ruling Telangana Rashtra Samithi (TRS).

He, however, told reporters that he booked the flight ticket for Simhayaji out of respect for him. He denied any links with the BJP or the MLAs’ poaching case.

The Telangana High Court had on November 19 turned down the request of BJP state unit to stay the notice issued to Santhosh.

Justice B. Viajaysen Reddy, however, made it clear that Santosh should not be arrested since the SIT had already issued notice to him under Section 41A of Criminal Procedure Code. The judge observed that Santhosh should not apprehend his arrest and asked him to comply with the conditions imposed in the SIT notice.

The same day the High Court heard an application filed by the Telangana government seeking instruction to Delhi Police Commissioner to cooperate with the SIT in serving notice to Santhosh. The judge ordered that notice should be served to the top BJP functionary without any further delay. He allowed SIT to serve notice to Santhosh through an e-mail or WhatsApp to the Delhi Police officer concerned.

Santhosh’s name figured in the conversation between three alleged BJP agents arrested by the police last month while trying to lure four MLAs of the TRS to the BJP fold with an offer of huge money.

All the four were summoned on the same day for questioning for their alleged links with the three accused arrested in the case last month.

Jaggu Kottilil alias Jaggu Swami is working in Amrita Institute of Medical Sciences in Kochi while Vellapally is leader of BDJS, an ally of BJP in Kerala.

The name of Vellapally, who had contested the 2019 Lok Sabha election from Wayanad against Congress leader Rahul Gandhi, figured in the conversation the three accused had with the TRS MLAs.

Ramachandra Bharati, the main accused, reportedly confessed that Jaggu Swami was linked to the cash that was promised to the TRS MLAs as inducement.

Bharati alias Satish Sharma, Simhayaji and Nandakumar were arrested by the Cyberabad police from a farmhouse at Moinabad near Hyderabad on the night of October 26 when they were allegedly trying to lure four MLAs of the TRS with offers of huge money.

The accused were booked under various sections of the Indian Penal Code (IPC) and Prevention of Corruption Act.

The Telangana High Court last week rejected the BJP plea to hand over MLAs’ poaching case to the CBI but ruled that a single judge will monitor the investigation into the case.

It asked the SIT to submit a report to the court on November 29 on the progress of the investigation.

Meanwhile, a special ACB court adjourned to Wednesday hearing on the petition filed by SIT seeking custody of the three accused for a week.

The SIT, which earlier questioned the accused for two days, submitted to the court that it needs their custody for another one week to collect more information from them about those who may be involved in the case.