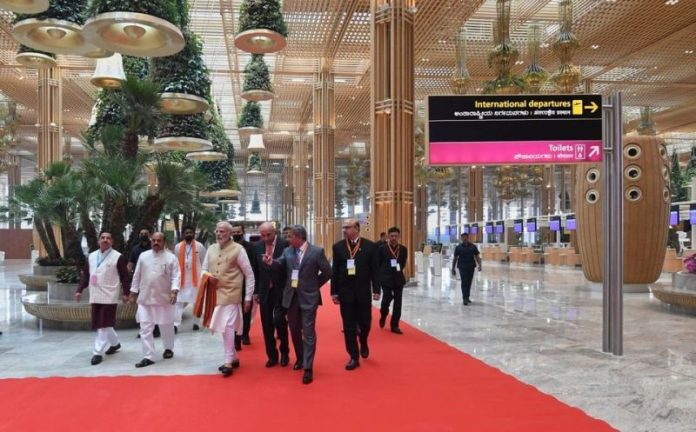 Speaking at a function organised to unveil the 108-feet tall bronze statue of Nadaprabhu Kempegowda — the founder of Bengaluru — by Prime Minister Narendra Modi near the airport on Friday, he said the Prime Minister has given two gifts to Karnataka.

“PM Modi flagged off Vande Bharat train and inaugurated the second terminal of Bengaluru International Airport, a sub-urban train and construction of a port in the coastal region for which the government of Karnataka is indebted to him,” he said.

“We have resolved to follow the ideology and thinking of Nadaprabhu Kempegowda in the development of Karnataka,” he said.

The Chief Minister said “today is a golden letter day in the development of Karnataka” as PM Modi offered floral tributes to Saint Kanaka Dasa, Maharshi Valmiki and Onake Obavva, and showed respect for the sentiments of Kannadigas.

Bommai said Nadaprabhu Kempegowda and the rulers of the Vijayanagar kingdom had shown the golden period to villages around Bengaluru.

“Today, this city has grown as an international city thanks to the vision of Kempegowda who ensured planned development with a number of tanks and opened the markets for every profession.

“By doing it, he provided a peaceful life for people. Showing respect to Kempegowda is like showing great honour to the culture, heritage and progressive thinking of the state. While there is a statue of unity in Gujarat, the statue of prosperity dedicated to Nadaprabhu Kempegowda was unveiled today,” he said.