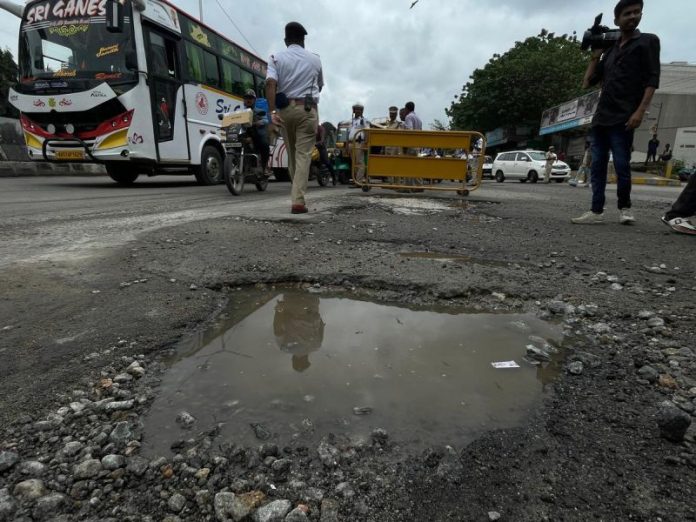 Bengaluru:  Karnataka Chief Minister Basavaraj Bommai on Tuesday said he has sought a detailed report from the police in connection with the death of an elderly woman in a pothole-related accident.

She succumbed to injuries in the early hours of Tuesday.

The incident took place on the busy Vatal Nagaraj Road.

Bommai said there is an allegation that the death had happened due to the pothole.

“I have sought a report from the police officers. The action will be initiated after we get the preliminary report on the incident,” he said.

“The death is unfortunate. I have sought information on what exactly led to the incident. After verifying all details, the action will be initiated,” CM Bommai said.

The potholes have surfaced on most of the roads due to continuous rains even as patchwork was done.

The traffic authorities have stated that they are taking up a comprehensive investigation of the incident.

If there is any negligence on part of the officers attached to civic agencies, they will also be booked, officials submitted.

The incident has created outrage among the public.