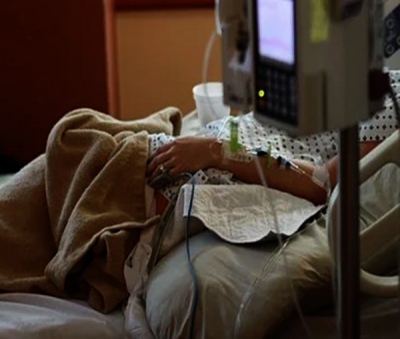 Brain-dead teen’s liver gives life to man in UP

Lucknow: Ekta Pandey’s parents could not have given a better Diwali gift to Ashok Goel, 58, a real estate consultant suffering from end-stage liver disease for over six months.

Ekta, 18 had been declared brain-dead at King George’s Medical University (KGMU) on Diwali after respiratory failure.

Her parents gave their consent for cadaveric multi-organ donation (CMOD).

The KGMU team, in a marathon procedure, retrieved her liver, cornea and kidney.

While the cornea and kidney were found unfit for donation, the liver was successfully transplanted into Goel.

To complete the life-giving procedure, more than 40 staff members of the KGMU did not take Diwali leave.

After the procedure, the doctors burst into celebrations befitting the occasion.

Ekta, a resident of Ambedkar Nagar, was suffering from severe chest pain for a few days and was first admitted to the district hospital, from where she was referred to the Ram Manohar Lohia Institute of Medical Sciences (RMLIMS) but was denied admission due to non-availability of ventilator support.

Eventually, the family got her admitted to a private hospital. But, since they had no money to pay the fees for more than three days, she was shifted to the KGMU on October 22.

At KGMU, despite the best efforts of doctors, she was declared brain dead.

Subsequently, the family members were counselled, and they agreed to a multi-organ donation.

This was the 18th liver transplant — second in a week — and the fifth cadaveric transplant by the department of surgical gastroenterology of the KGMU.

Ekta’s family members said, “She wanted to live, but God willed otherwise. We could not save her but at least, a part of her will live on.”