Mangaluru: Don’t get lost trying to find the street/place you want to reach, because a bunch of the destination signs are not in the upright position, instead they are fallen on footpaths or streets during road widening or other development works. Just look around the City, and you see a bunch of blue-coloured destination/road signs damaged and lying on footpaths- and our concerned authorities of Smart City Mangaluru have turned a blind eye towards this issue. One thing for sure with our labourers here in the City, when they take something down, they don’t put it back- similar in the case of these destination/place signs which were taken or knocked down during construction work are allowed to sit either on the footpaths or streets for months, until a few pedestrians get tripped over them, and get hurt. It looks like not only potholes are a concern to the city’s pedestrians, but the fallen sign boards also pose a danger. Citizens have called for an urgent overhaul of safety around road works on outback roads, saying the footpaths are littered with disused and seemingly forgotten street/place signs. No wonder, people in the City prefer the most to walk on the streets rather than on the footpaths since they feel that City streets are much safer to walk (other than being run over by traffic, if you are not alert) but a walk on our City footpaths with open pits, garbage, broken alcohol bottles, construction and other debris, and now with a bunch of these signs, does put pedestrian’s life in risk. For pedestrians in Mangaluru, each day is an urban obstacle course whether it’s encroachments on footpaths, lack of zebra crossings or ruthless drivers. The problem begins with a lack of footpaths for people to walk on, forcing them to traverse along the road instead. And when there are footpaths they are not SAFE to walk on. While there is no specific data for roads with broken or absent footpaths in the city, the situation is bad enough that it prompts citizens to complain or file a Public Interest Litigation (PIL) if they are hurt or die. Even when footpaths are usable, they are still often deemed unsafe. Bikers frequently use them to avoid traffic jams, cars casually park on them, and the dumping of construction waste on footpaths is rampant. Added to these obstacles, these fallen place/destination signs are another nuisance that commuters have to deal with.

With these signs lying on footpaths, pedestrians are getting hurt bumping into them, especially after dark. Last night since it was dark with no street lights in working condition, a senior lady walking on the footpath on Light House Hill Road, hit her foot hard into the sharp edge of the fallen blue sign board, and with a bleeding foot, she was rushed to a nearby private hospital by a Good Samaritan, an auto-driver. Also as per a security guard nearby at an office, such an incident takes place every now and then, with people not noticing the fallen sign boards on the pathway. 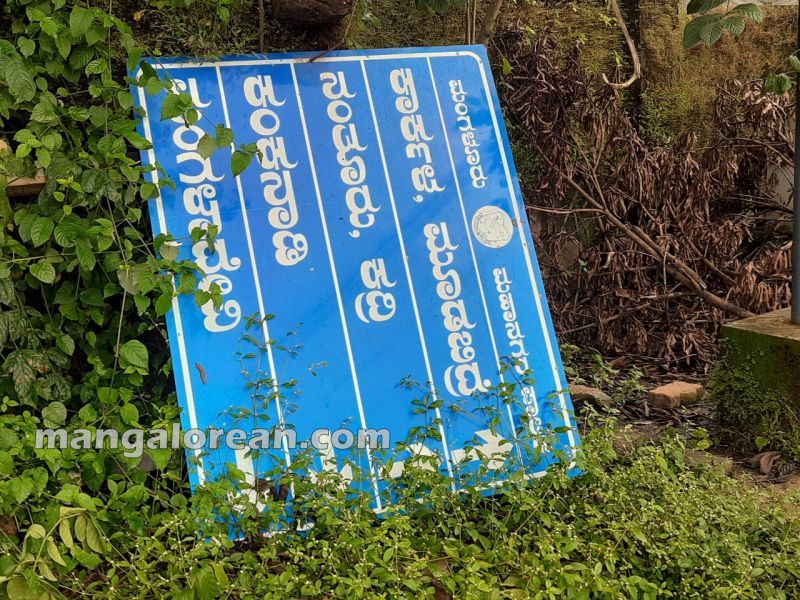 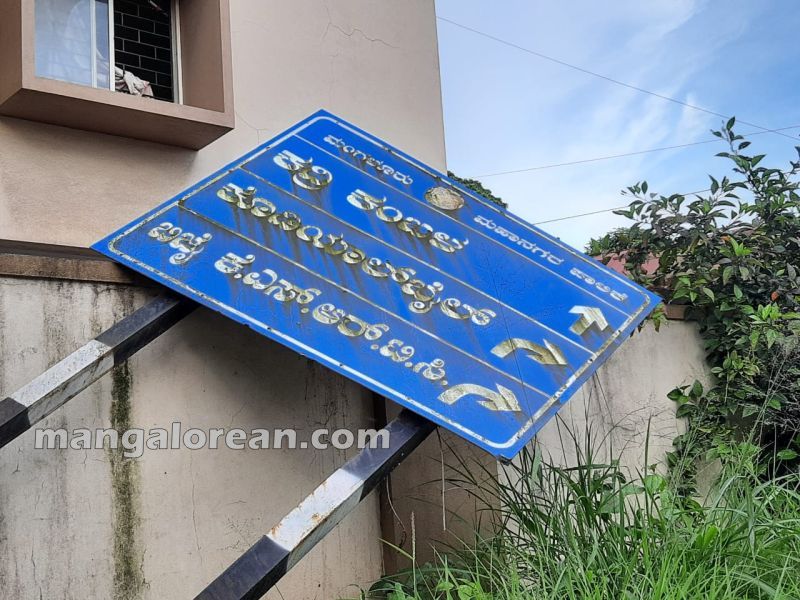 If you look at the pictures in the report, you will see how dangerous these broken sign boards are, which could hurt pedestrians if they are not cautious- and we know with pedestrians always on their mobile phones while walking, the chances of getting hurt are even more. So, what has been done in rectifying this civic issue, for months? ABSOLUTELY NOTHING!

In conclusion, if I could notice such unsafe broken signs lying on the footpaths or streets posing a risk to adults and youth, how come, our elected representatives, MCC authorities, and also the Traffic Police have not noticed it? Healthy pedestrians manage to navigate roads without losing limbs or life, but more vulnerable users like children, older adults, individuals with disabilities, labourers carrying heavy loads, and women – especially pregnant women – face significantly higher amounts of risk, and are more exposed to injuries, due to these obstacles in their way. Construction debris, hanging utility wires, and parked vehicles on a footpath are other safety hazards while using the city’s footpaths. In addition, infrastructure failures like inactive traffic lights and inappropriately-timed crossing signals, lack of space for boarding and deboarding vehicles, way-finding and pedestrian navigation systems, and lack of street lighting at night, make pedestrians more vulnerable. Motorist behaviour such as riding on footpaths during peak traffic and constantly honking at pedestrians who have no place to go, adds to the stress and chaos on the road. The absence of traffic police sometimes leads to uncontrolled and unsafe vehicular movement, which further reduces pedestrians’ sense of safety. Apart from other obstacles on footpaths, the addition of fallen blue signboards of road/place are the new nuisance that pedestrians have to face. Hoping this report will awaken the concerned authorities to put these sign boards back into their original positions or just remove them from people’s way.