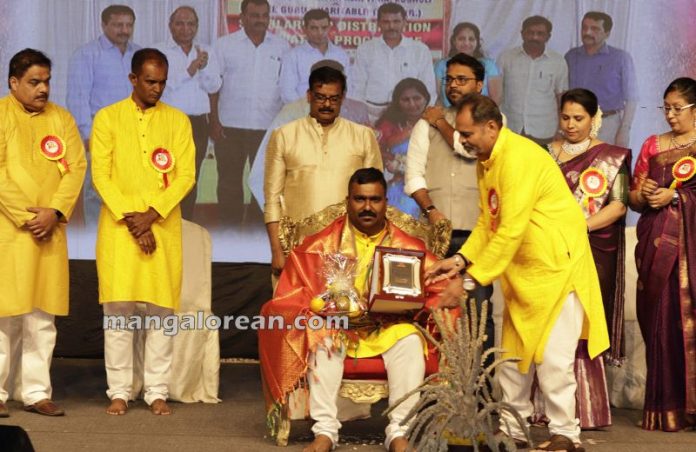 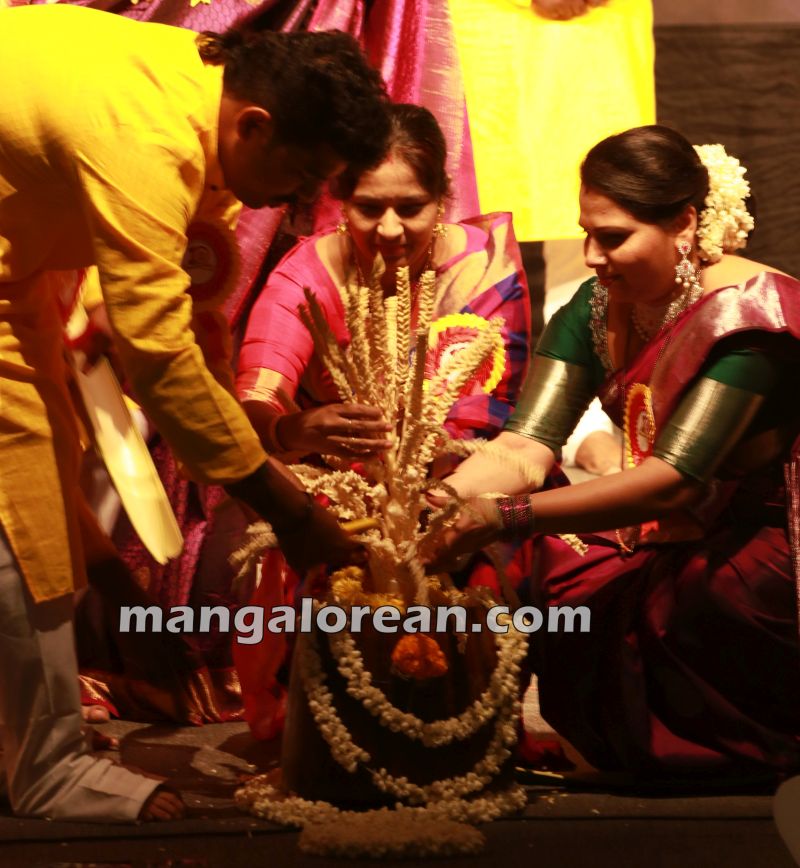 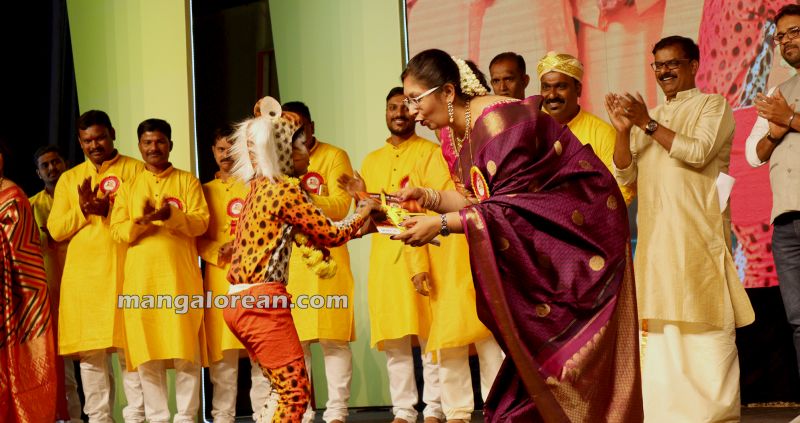 The program commenced with Guru Puja followed by Kuwait and India National Anthems. A prayer song was rendered by Master Ishan Govind and the most awaited Cultural program was inaugurated with the lighting of the lamp by the President Ms Sushma Manoj, Chief Guest Mr Abdul Razak Nitte – General Manager of Badr Al Samaa Medical Centre, Guest of Honour Mr Sajeev Narayanan – President of Saradhi Kuwait and BSK Management Committee Members. The release of the Souvenir “Billava Bolpu” was done in a very unique way by carrying the publication by Master Nish in the form of Tiger Dance all the way from the audience. The President Ms Sushma Manoj then welcomed the audience with a humble speech which was followed by a welcome dance by Kumari Shine Venugopal. 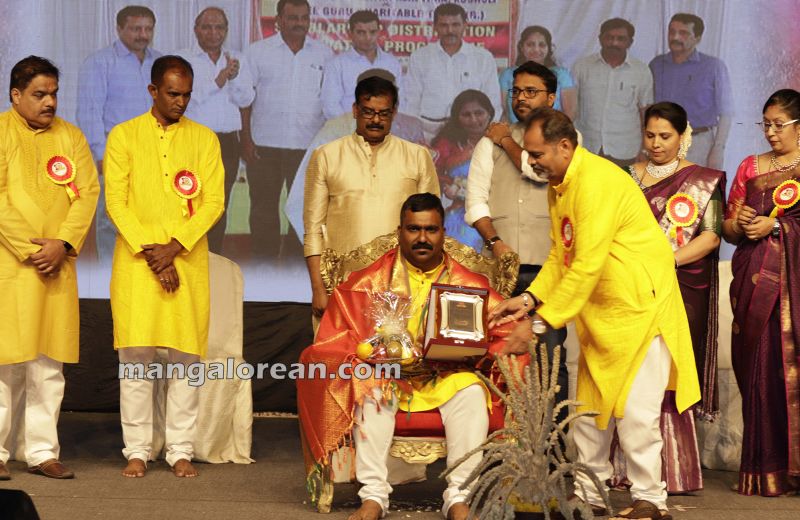 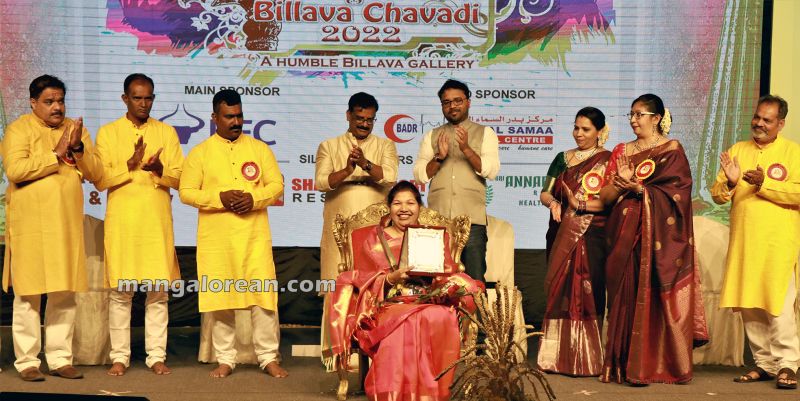 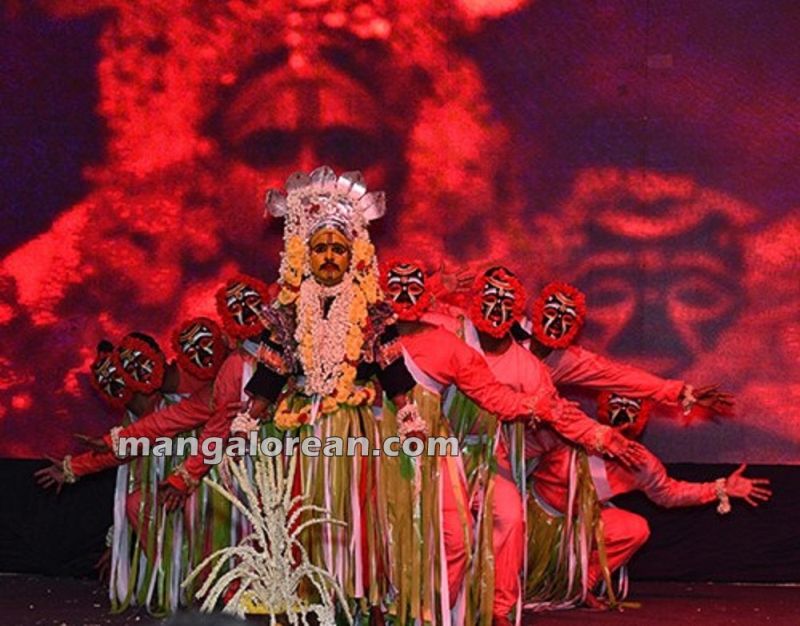 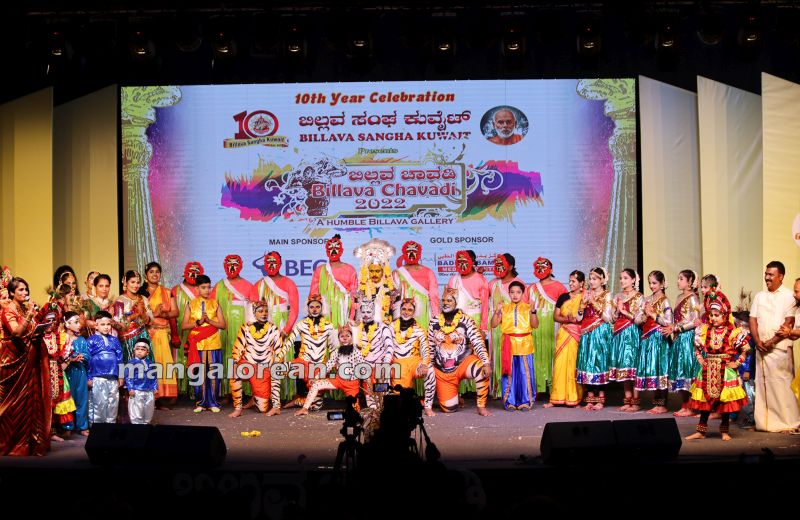 Farewell was given to Mr Prabhakar Bola, an active member of Billava Sangha Kuwait who worked as a Welfare officer and Media Secretary. In his speech, he wished BSK good luck for all the upcoming events. The chief guest of the event, Mr Abdul Razak in his speech, spoke extremely well about Brahma Shree Narayan Guru and gave his best wishes to Billava Chavadi. 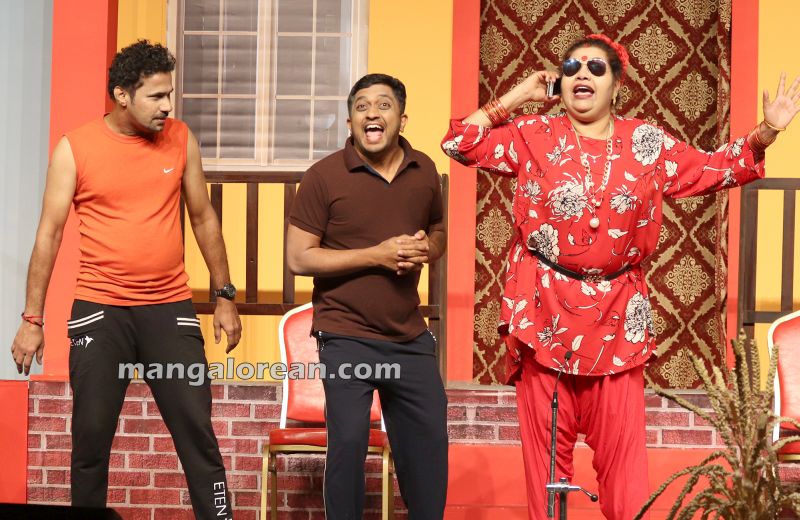 The cultural program began with the ladies’ group dance, a song by Master Ishan Govind and a concept of “Denna Dennana” depicting the Tulunadu culture through a gathering of dances which included Navil dance, Tulunadu dance, Bootha Kola dance, Yakshagana, and Pili Vesha (Tiger dance). All the dances were performed by BSK members and their children which were appreciated by the audience with loud applause. The choreography was done by Ms Sudha Sandesh Amin, Ms Kavya Prashanth, Mr Krishna Poojary and Mr Dhanraj Thalapady.

On the eve of the tenth year of celebration, BSK presented the video “10 years of BSK – Journey”, briefing the formation of the Association, portraying Scholarship Program, health checkup medical camp, blood donation camp, cultural activities and other welfare programs undertaken by BSK. Mr Anish Kotian, General Secretary of BSK then rendered the Vote of Thanks. 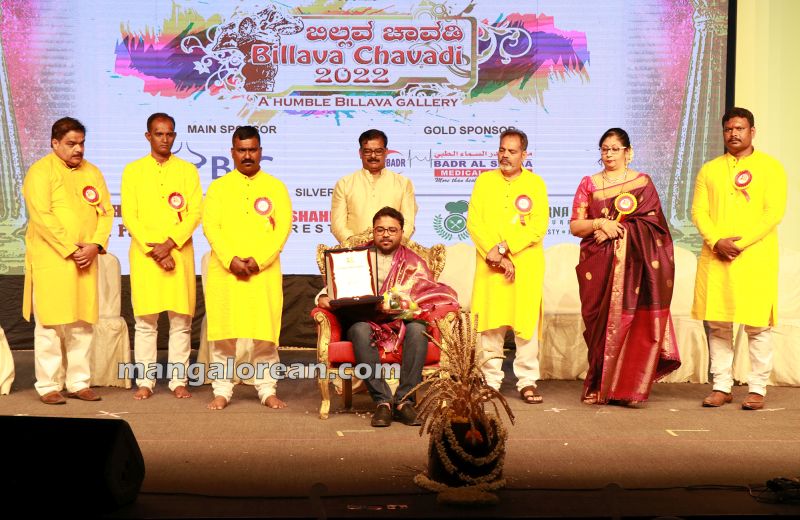 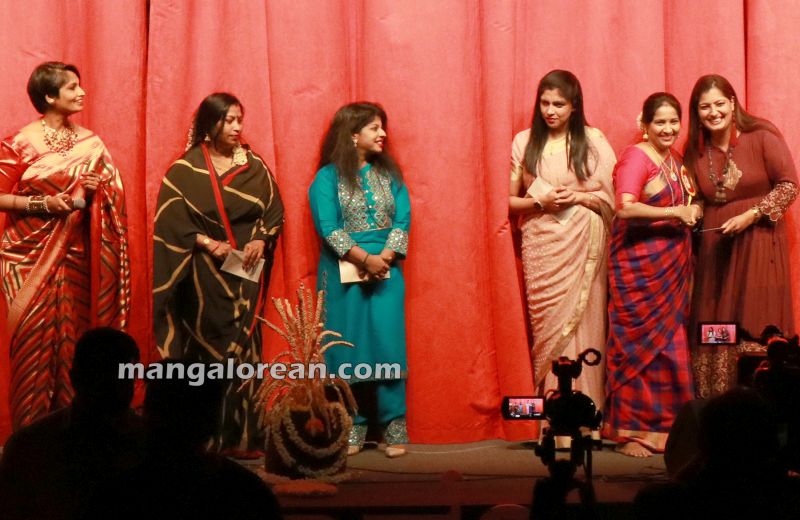 The program was beautifully coordinated by Cultural Secretaries, Ms Yashoda Krishna and Mr Dheeraj Salian while sound and lighting was done by Waves Events and Rentals. The Videography was done by Mr Gireesh Benance whereas the beautiful moments were captured by the Photographers, Mr Shiju Manjali and Mr Biju Ninan. The backdrops and the stage settings were effectively handled by Mr Sathish Acharya, Mr Amarnath Suvarna and team, while the Souvenir Artwork was done by Mr Manoj Kumar. The widely admired reception was arranged by Mr Sandeep Kumar Attavar, Mr Amith Sanil, Ms Soumya Suvarna and Team, while the technical team was ably handled by Mr Raghav Poojary, Mr Dhanraj
Poojary and Mr Yogesh Devasya.

The event was gracefully hosted by Ms Ashwitha Surendra Poojary. The program ended with a tasty dinner.

BSK Management committee would like to take this opportunity to thank all the sponsors, well-wishers, committee members, members and all those who directly or indirectly contributed to the grand success of ‘Billava Chavadi 2022’.