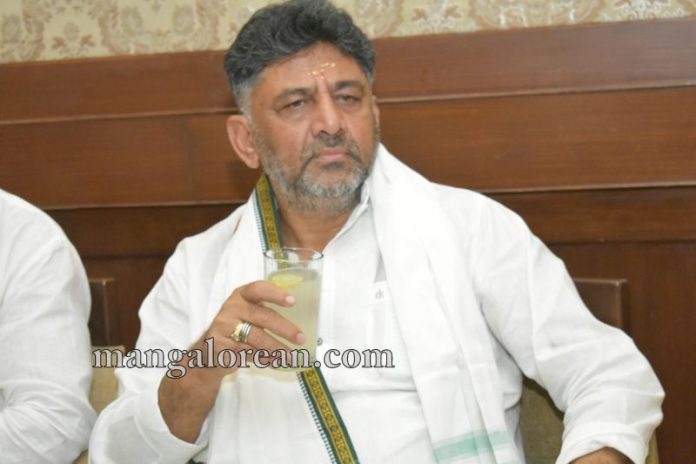 Mangaluru: Karnataka Pradesh Congress Committee President D K Shivakumar who is on a three-day Coastal districts tour from July 5 till 7 July arrived at Mangaluru International Airport at 1 45 pm from Bengaluru, after which he had a meeting with fishermen at Sulthan Batheri at 3 pm, following which he had a meeting of party office bearers to discuss Covid-19 helpline assistance rendered by the party. On Tuesday, He will have a meeting with fishermen at Malpe/Udupi at 11 am and then a meeting of party office bearers in Udupi at 4 pm regarding Covid-19 helpline assistance. On Wednesday, he will attend a bicycle jatha in Sirsi and later participate in the meeting of the party workers at 3 pm. 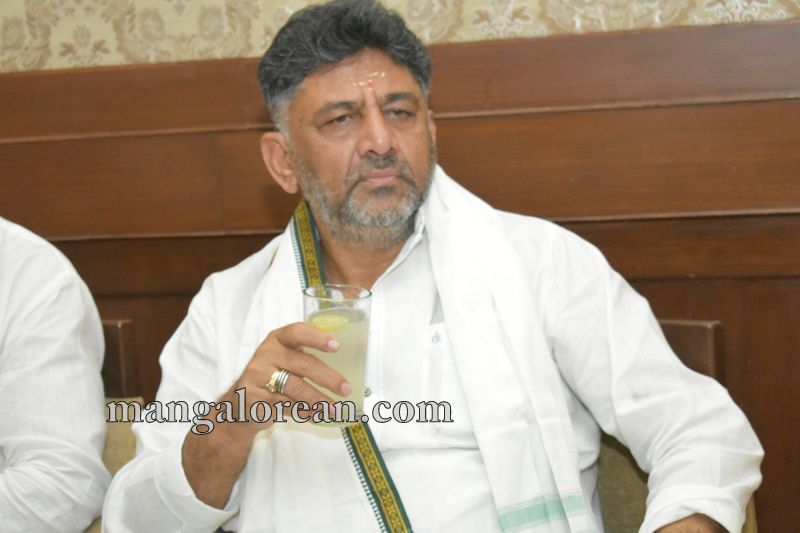 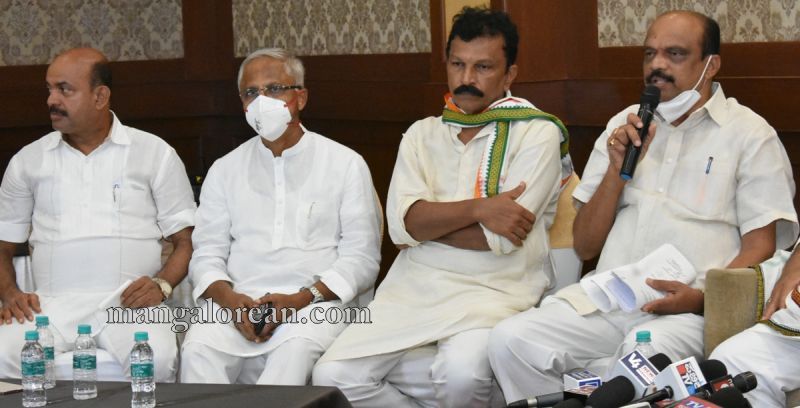 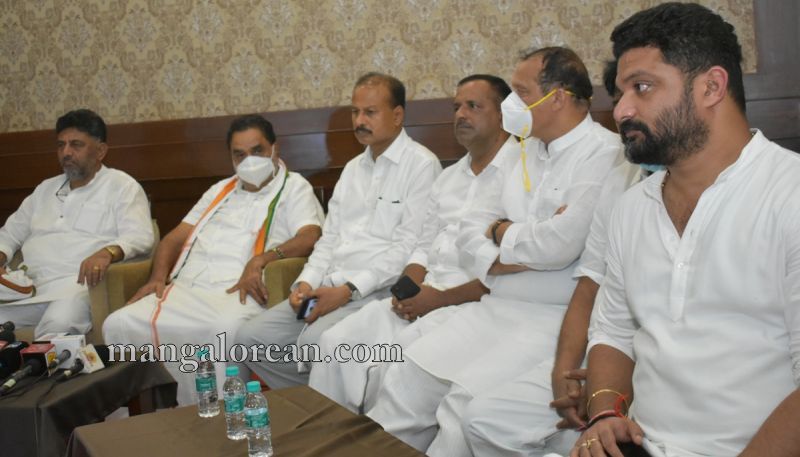 Terming chief minister BS Yediyurappa’s request to his Tamil Nadu counterpart in connection with Mekedatu project an act of beggary, KPCC president DK Shivakumar said Karnataka should commence the work on the project immediately. During a press meet briefing the media persons at Hotel Ocean Pearl, Mangaluru on Monday, 5 July, he said that a detailed project report (DPR) for the project has already been done and the process of tender also has begun. “Yediyurappa is requesting Tamil Nadu chief minister though they (BJP) claim to have a double engine government. They have a BJP government at the centre and state too. They claim that all development works in Karnataka will go smoothly with this double engine government. Hence, begging and mediating now with Tamil Nadu will not bring laurels to Karnataka. I urge Yediyurappa to show his political will and protect the interests of the state. We will back you politically. Invite tenders and commence the work,” Shivakumar told reporters. 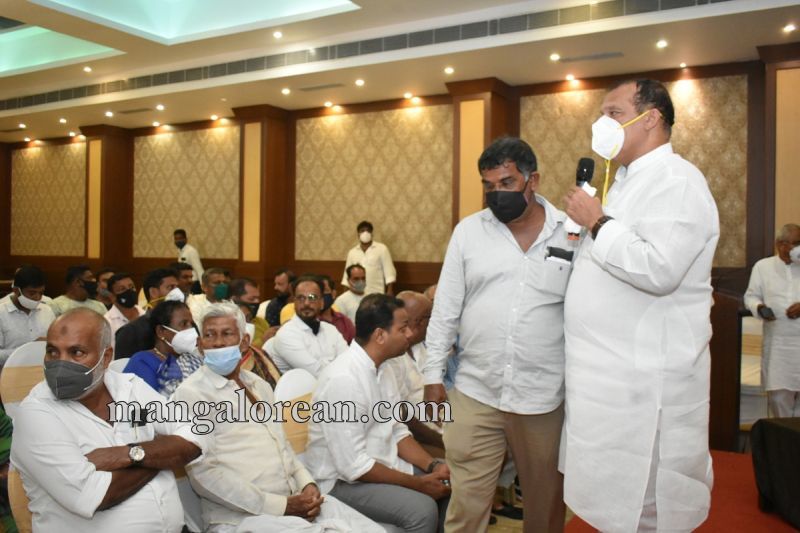 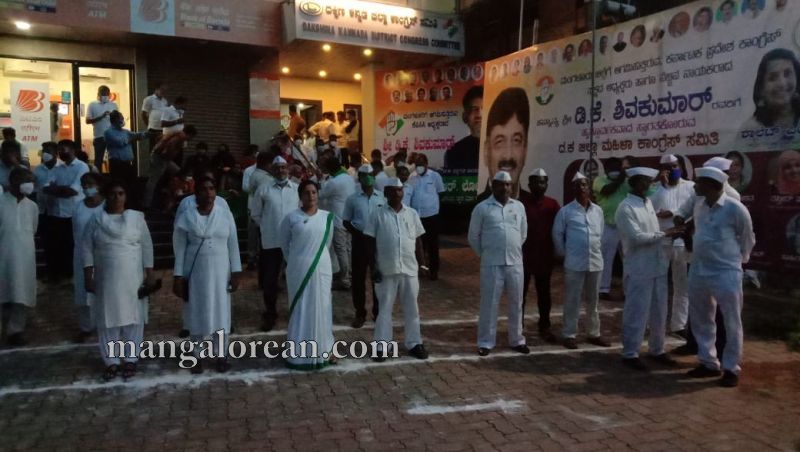 He further said “It is purely Karnataka’s scheme, which has already received environment clearance. We are not going to snatch Tamil Nadu’s share of water. We are not going to acquire even a single acre of land from Tamil Nadu for the project. Nearly 95% of the areas to be submerged due to the project is in my constituency. This includes nearly 500 acres of private land and the rest belongs to the government. Further, the dam is also proposed to be constructed in my constituency. Hence, it is totally our internal issue and the dam should be built in two-three years so that drinking water can be supplied to Bengaluru. Though the dam is proposed in my constituency, the water is reserved only for Bengaluru,” 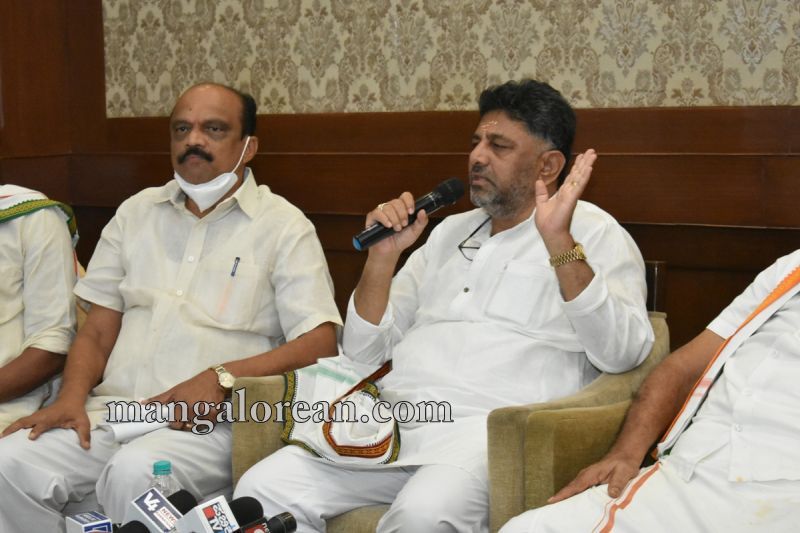 DKS also said “The state need not seek sanctions from the central government for the project, he said. It is the state’s land, water and we are spending our money. There are many judgments of the Supreme Court that make it very clear that there is no need for any permission for such projects”. Also speaking about the hardships that the Coastal fishermen face, DKS said, “Even if the BJP run state government doesn’t help the fishermen, Congress henceforth will be the voice of the fishermen in solving their grievances. In Goa and Kerala the governments there have taken good care of the fishermen, unlike here in Karnataka, where they have made them suffer. The diesel subsidy facility given to fishermen in Andhra Pradesh should also be given to the fishermen here. BSY’s Covid pandemic compensation of Rs 3000 given to fishermen was an act of injustice to the whole fishermen community”. 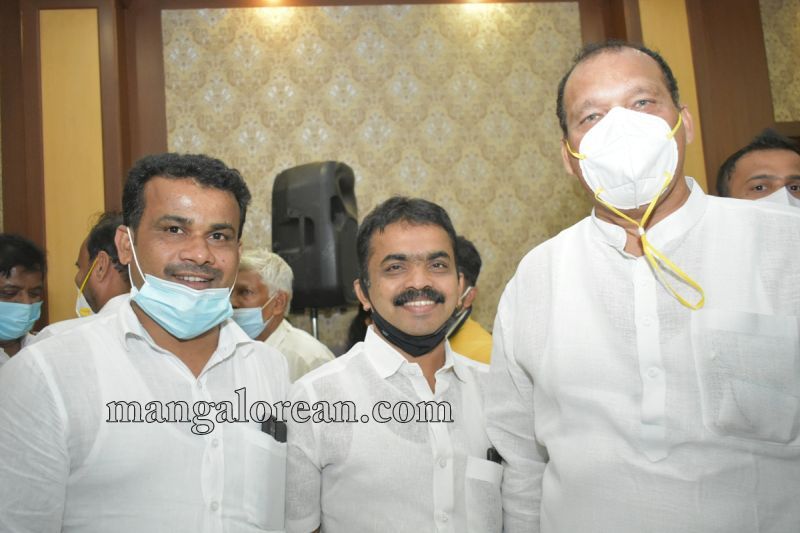 “During the last elections BJP won with a large support from fishermen, and now they are neglecting them but not responding to their sufferings. No subsidy is being released to fishermen, there were no attempts made to bring fishermen under the unorganized sector. The CRZ (Coastal Regulation Zone) boundaries have been demarcated unscientifically. As the fishermen have no assets, the government should stand as a guarantee to loans availed by the fishermen. As in Kerala and Goa, the CRZ boundaries need to be demarcated scientifically” added DKS. 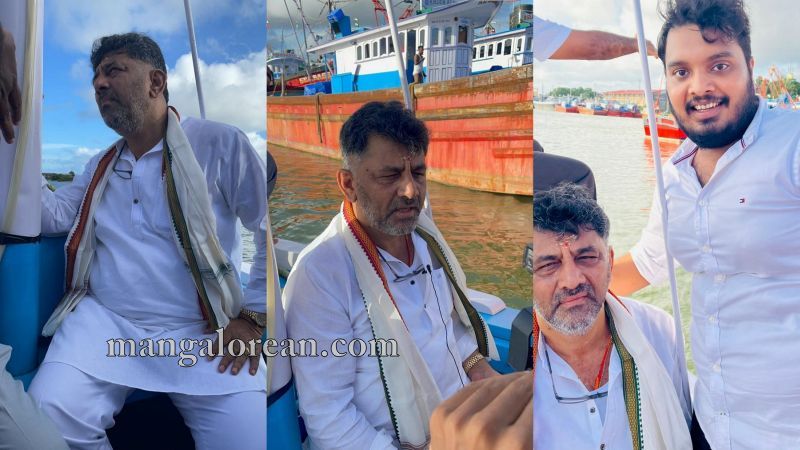 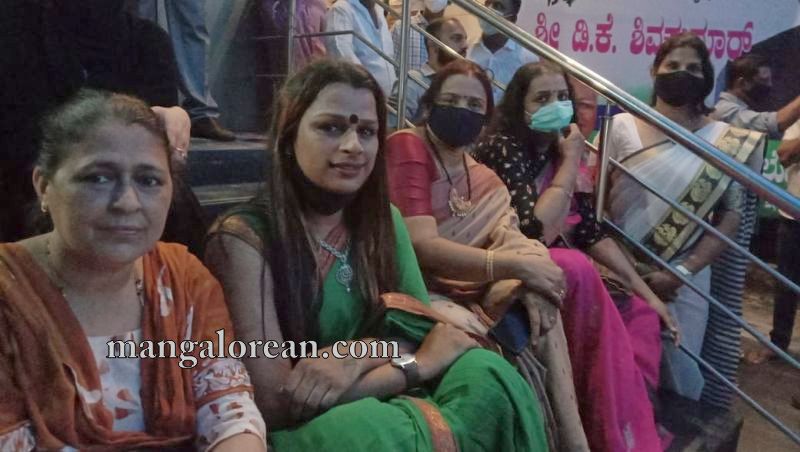