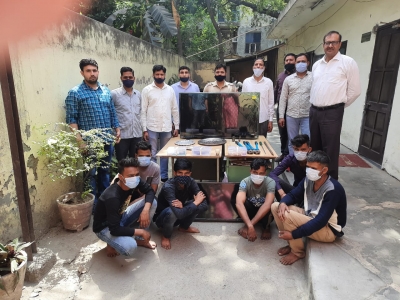 Burglars, who travelled by Scorpio for crimes, arrested

New Delhi: Six burglars, who travelled on a Scorpio to commit their crimes so as to dodge the police and also to allay suspicion by local residents, have been arrested from west Delhi, and at least 16 cases of theft solved, police said on Tuesday.

According to a police official, a police team took up positions near Gate No 2, Keshopur Mandi, Khyala, at 6 p.m. on Sunday, intercepted a black coloured Scorpio coming from outer Ring Road side and apprehended the driver and five other passengers.

“The stolen property, recovered from their possession, was taken into police possession with due legal process,” DCP, West Delhi, Urvija Goel, said.