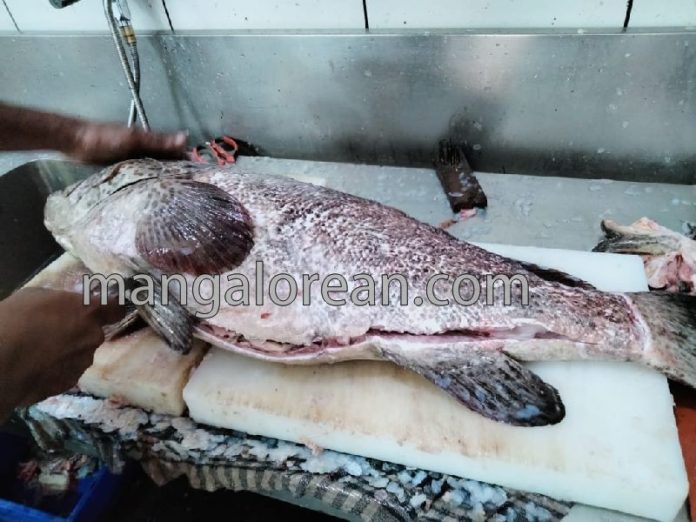 Mangaluru : Ocean, and River dumping of plastics has turned into a serial killer for several marine species, particularly large fish. The indiscriminate dumping of plastic waste, thermocol plates and other items are swallowed by large fishes mistaking it as prey. Within the abdomen it will not degrade causing life-threatening infections. “Fish consuming plastic material dies soon. After death, they release into ocean waters thermocol, carry bags, polystyrene cups and other non-degradable waste after scavenging fish consume them. In the process, other fish consume them. The cycle continues killing more and more fish. On finding dead fish in large numbers, dumping of industrial effluents into the sea is a matter of serious concern.” said a professor at College of Fisheries, Mangaluru. 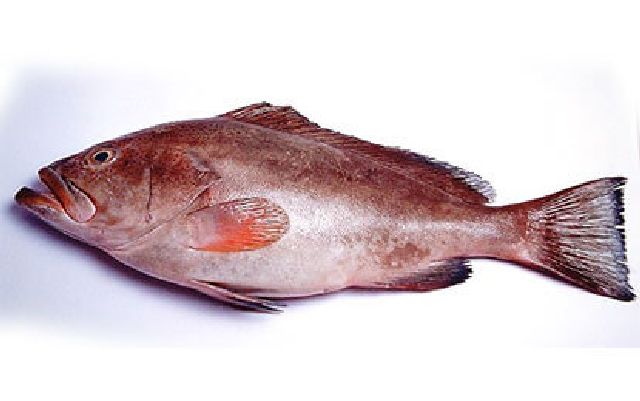 Thanks to all the ignorant people who have been dumping waste, including plastic materials into the sea or river, and sadly the fishes have to face all the consequences, after they mistakenly swallow them as food. And surprisingly for the first time a fish stall owner of ‘Fresh So Fresh’ in Attavar while cleaning a large Reef Cod fish weighing about 10 kgs and 4 feet long, found a large plastic bag filled with paper particles in its stomach, a couple of days ago. Seeing it as a first time the store owner decided to make a video and shared it on online platforms to spread awareness on the hazards of unchecked dumping of garbage into the sea.

“We are noticing this for the first time. If people continue to dump plastic into the sea at this rate, then fish breeding will be severely affected,” said the shop owner who did not want to be identified. In what is a new phenomenon as claimed by fishermen at Mangaluru fishing harbour, tonnes and tonnes of Reef Cod, locally known as “Muru Meen”, is landing at the harbour. From the usual catch of half to one tonne of haul per boat, it has bounced to 5, 10 and 20 tonnes of Reef Cods per boat. Too much fish has resulted in the prices nosediving, leaving the community in a spot. Reef cod (Muru Meen) is one among the delicacies in the local fish serving restaurants. 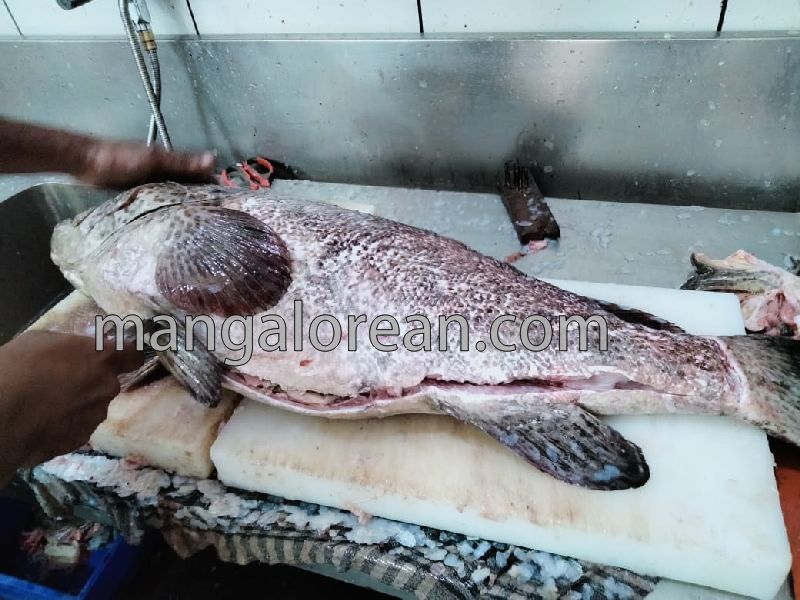 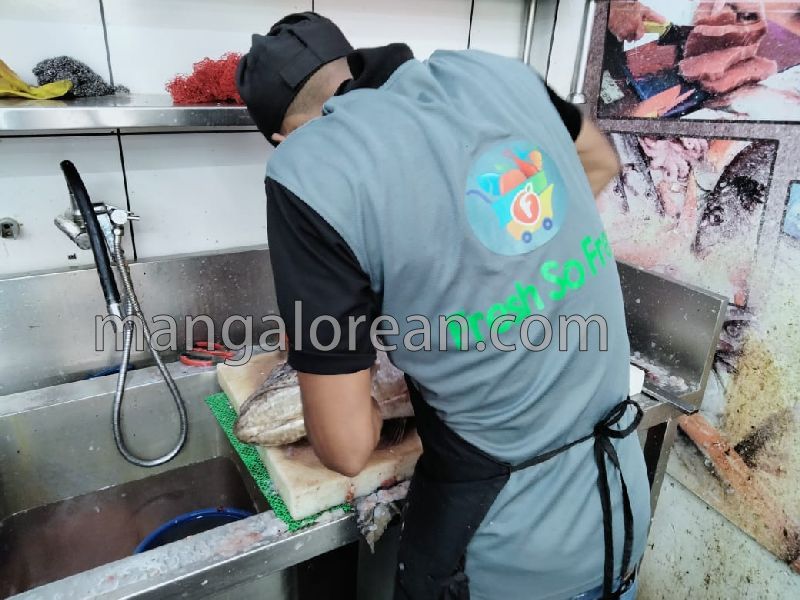 In the meantime, Dr A Senthil Vel, professor and dean (fisheries), College of Fisheries speaking to the media said, “Fish do not eat plastic. Fish are selective in what they eat. But the challenge is that the bottom of the coast is flooded with plastic and fishermen say 40%-50% of what trawlers pick is plastic. In this case, the fish caught by a trawler may have eaten plastic on the seafloor. Fish normally consume micro plastic that toxifies their body. Most plastic waste flows into the sea through rivers and drains, and the administration should build a cost-effective grid that prevents the flow of waste from joining the sea. Recently fishermen were catching more plastic than fish in the seas with the increasing menace of plastic pollution of seas and rivers. There is an urgent need to end plastic pollution “. 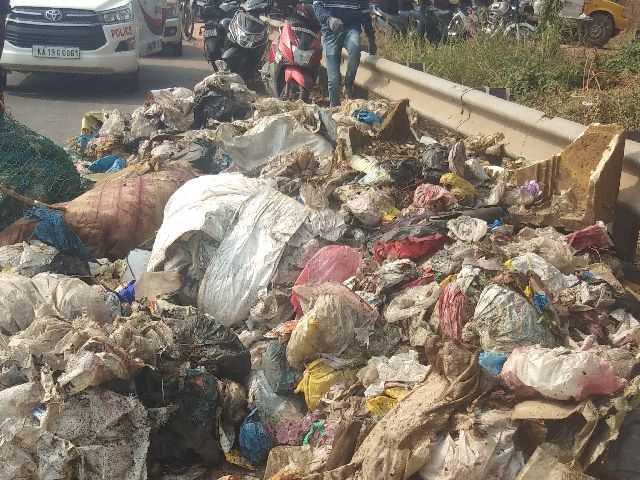 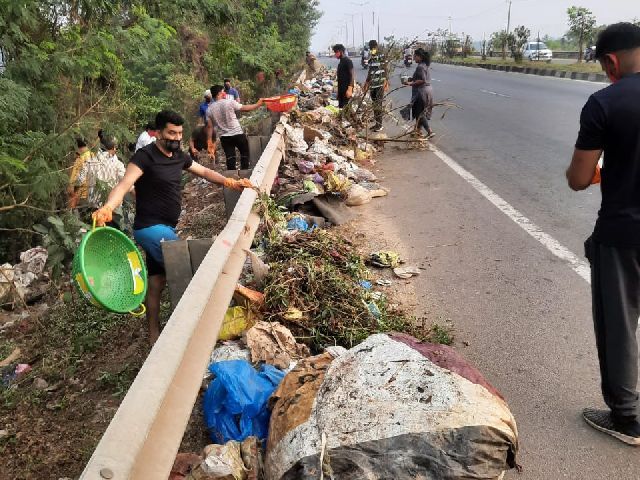 Stop Littering All You Mindless People! Tonnes of Waste Cleaned by Volunteers near Nethravati Bridge

The fish stall owner had shared the information about the reef cod fish to hsi friend, Nagaraj Anchan, an environmentalist/activist. Speaking to Team Mangalorean, Nagaraj Raghav Anchan, coordinator, ocean plastic recycling, Hasiru Dala ( who has been staying along the side of the NH near Nethravati Bridge to stop people from dumping garbage) said, “We can’t ask fish not to eat plastic, but we can stop dumping waste. Hasiru Dala and Anti-Pollution Drive Foundation, with support from other organisations with similar ecological concern, have lifted 32 tonnes of waste dumped by the public near Netravati bridge in the past three Sundays. Of this, at least 15-20 tonnes are dry waste and, mostly, plastic. Up to 50-75 tonnes of waste is still needed to be lifted. Despite conducting the drive, it is unfortunate poultry waste was dumped recently. Our initiative “Namma Nethravati, Namma Javabdari ” (Our Nethravati, Our Responsibility) becomes more significant in this backdrop. The administration assured us that CCTV cameras will be installed at the spot,”. 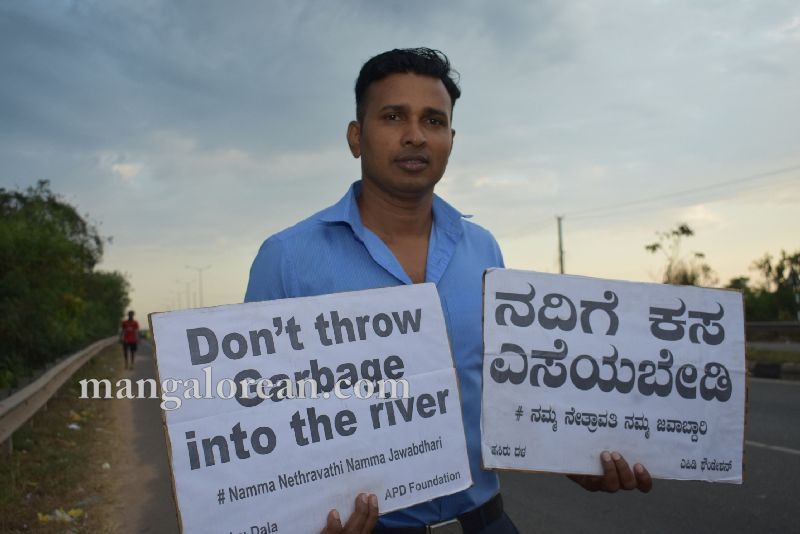 Several chemical units, which have come up near to the sea bed find it convenient to dump effluents indiscriminately into the sea despite on-record claim on release of treated effluents. Death of young fish is also occurring due to release of seawater after use by a coal-fired thermal plant – which raises the water temperature by six degree centigrade. The hot water expels dissolved oxygen in water as a result marine life in the area will suffer oxygen deficiency. Fishermen are also complaining of becoming victims due to alarming levels of ocean pollution.

Sources reveal that fish normally consume micro-plastic that toxifies their body and those of human beings that consume them. Abandoned fishing nets in deep seas or ghost nets too contribute to the plastic menace, apart from the large volume of plastic waste disposed off in water bodies. A majority of plastic waste flows into seas through rivers and the administration could build fence bridges across rivers to prevent all kinds of solid waste from joining the sea. Our netas would rather put up fences on the bridge to prevent people from jumping off the bridge to end their lives, but they are least bothered about fishes dying by consuming toxic waste? Bah humbug!