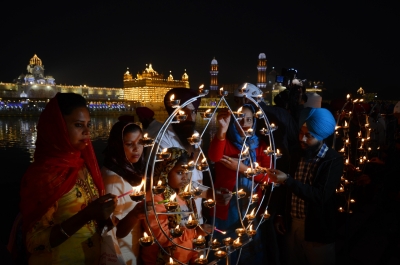 In an official statement issued on Monday, the Prime Minister said: Today, we join Sikh communities in Canada and around the world to celebrate Bandi Chhor Divas. On this holiday, Sikhs commemorate the story of Guru Hargobind Sahib Ji, who was imprisoned in 1619 at Gwalior Fort.

“When given the chance to be liberated from prison, the Guru refused to be released without the 52 innocent kings who were imprisoned alongside him. Ultimately, he succeeded at freeing himself and the kings.”

“Today, families and friends will gather to pray, feast, and light candles at their homes and gurdwaras as symbols of hope, guidance, and freedom. On Bandi Chhor Divas, we reflect on the importance of standing in solidarity with those around us facing injustice, and the importance of serving those in need.

“This celebration is also an opportunity to recognize the important contributions that Canadians of the Sikh faith have made — and continue to make — to building a stronger Canada.

On Bandi Chhor Diwas (prisoner liberation day), the sixth Sikh guru, Sri Guru Hargobind, returned to Amritsar after being released along with 52 princes from imprisonment by the Mughal emperor Jahangir from Gwalior prison in 1619.