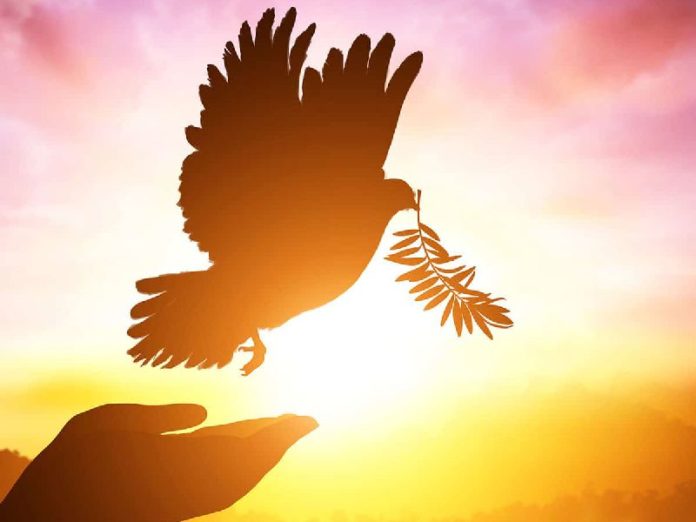 CARING IS AN ESSENCE OF PEACE!

Another year has just begun: with a fervent prayer in the hearts and on the lips of millions across the globe- a prayer for healing, a prayer for peace! The world has never witnessed a ‘brokenness’, as it is witnessing today. COVID-19 has wreaked havoc and taken a toll on lives of an unimaginable number everywhere. To top it all (whilst there is certainly plenty of good and caring taking place all over by the ‘good Samaritans’ of our time) added to the spate of natural and man-made disasters in the past year, what has come to fore is the manner by which certain regimes (like in India) have unleashed systematic brutalization of their people whilst using the pandemic as a cover! 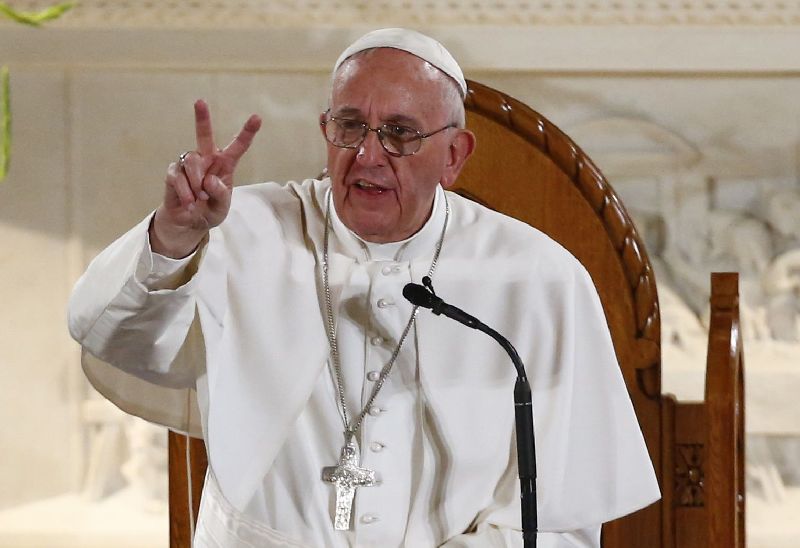 Every year on 8 December (since it was first begun in 1968), the Pope gives a message for the ‘World Day of Peace’ which is observed by the Catholic Church on the very first day of the year (in India we also observe this day on 30 January, the anniversary of the martyrdom of Mahatma Gandhi the father of our Nation! This year, Pope Francis focuses on ‘A Culture of Care as a Path to Peace’; he has addressed it to ‘Heads of State and Government, leaders of International Organizations, spiritual leaders and followers of the different religions, and to men and women of good will’.

In the opening para of this message Pope Francis makes his intent clear, “to all I offer my best wishes that the coming year will enable humanity to advance on the path of fraternity, justice and peace between individuals, communities, peoples and nations”. For sustainable peace, ‘caring’ is therefore a sine qua non! Pope Francis writes, “The culture of care calls for a common, supportive and inclusive commitment to protecting and promoting the dignity and good of all, a willingness to show care and compassion, to work for reconciliation and healing, and to advance mutual respect and acceptance. As such, it represents a privileged path to peace”

Pope Francis has crafted his message in nine carefully laid out but inter-related segments. He begins with an ‘Introduction’ (already been referred to, above); he devotes a significant para to the pandemic COVID-19 and pays tribute to all those who have responded as care-givers in various ways. But he sets his message in a more painful reality that grips our world today, when he says, “we have also seen a surge in various forms of nationalism, racism and xenophobia, and wars and conflicts that bring only death and destruction in their wake. These and other events that marked humanity’s path this past year have taught us how important it is to care for one another and for creation in our efforts to build a more fraternal society”. There is nothing sentimental or sanctimonious in his message he is direct in highlighting the sufferings of the world today, which is the lot of India too!

In the following three segments Pope Francis deals with. ‘God the Creator, the source of our human vocation to care’; ‘God the Creator, a model of care’ and ‘Care in the ministry of Jesus’. Pope Francis emphasizes that It is God who first takes care of humanity and from this derives the supreme dignity of the latter in the order of creation. He therefore speaks of “God’s plan” for creation, an expression that recalls the now disused expressions “natural moral law” and “teleological order of nature”. Above all, care is incarnated by Jesus Christ and has as its summit His Death and Resurrection: “Jesus seals His care for us by offering Himself on the cross and thus freeing us from the slavery of sin and death”. In this way the message, while also addressing many contingent social problems, maintains a truly Christian perspective, recalling certain truths of the dogmatic as well as the pastoral tradition. These important aspects of his message need to be taken note of -particularly by Christian fundamentalists who rant and rave whenever Pope Francis contextualizes spirituality in an attempt to make Christianity more relevant to our world of today.

In the subsequent segment he presents what he calls ‘A culture of care in the life of Jesus’ followers’ stating that “The needs of the times called forth new efforts in the service of Christian charity. History records innumerable examples of practical works of mercy… The Church’s work among the poor was to a great extent highly organized. There arose many institutions for the relief of every human need: hospitals, poor houses, orphanages, foundling homes, shelters for travelers …”

Pope Francis in his ardent desire for universal peace does not stop at the charity/benefactor approach which has long been the strength of the Church ‘s outreach. That definitely has a place. His message goes beyond the traditional as he delves on The principles of the Church’s social doctrine as the basis for a culture of care and interlinking it with Care as promotion of the dignity and rights of each person; Care for the common good; Care through solidarity and Care and protection of creation; A careful discipleship reading of this segment could easily be an ‘examination of conscience’ for all those who call themselves disciples of Jesus and particularly for the Church in India. How visible and vocal have we been when the human rights of our sisters and brothers are exploited and denied in our country? 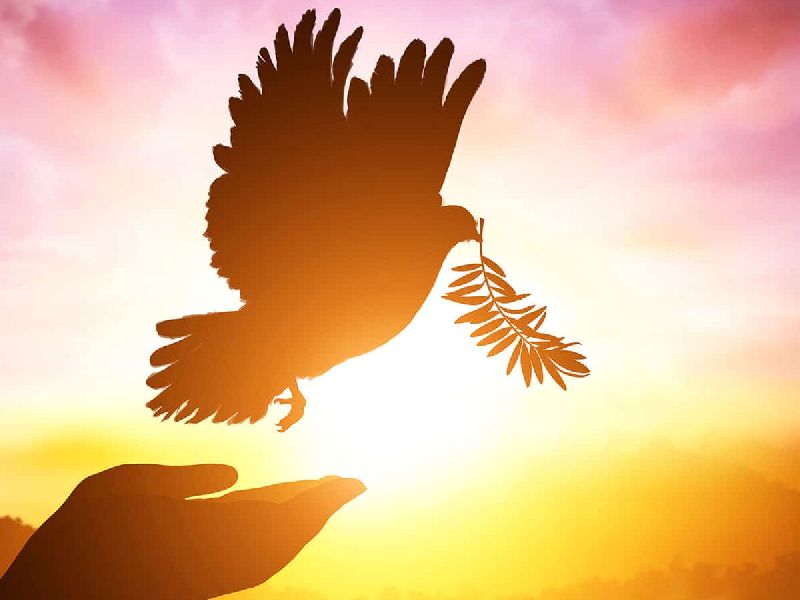 It is true the arrest of Fr Stan Swamy on 8 October has brought about an awakening in some sections of the Church. This is good and important – but is it enough? What about the others who have been incarcerated for more than two years now under the draconian UAPA? Has the Church officially spoken about the plight of the farmers or the migrant workers? How does one understand the concept of ‘solidarity’? Then there is the care for creation: in this ‘Laudato Si’ year why does the Church fight shy of taking a stand against those who destroy the environment- for example the Mollem issue in Goa? Fr Stan took on the powerful mining mafia in Jharkhand on behalf of the Adivasis and he is paying today!

In the seventh segment Pope Francis gives us, gives the world. A compass pointing to a common path. One would need to meditate on his opening para in its totality, “At a time dominated by a culture of waste, faced with growing inequalities both within and between nations, I urge government leaders and those of international organizations, business leaders, scientists, communicators and educators, to take up these principles as a “compass” capable of pointing out a common direction and ensuring “a more humane future” in the process of globalization. This will enable us to esteem the value and dignity of every person, to act together in solidarity for the common good, and to bring relief to those suffering from poverty, disease, slavery, armed conflicts, and discrimination. I ask everyone to take this compass in hand and to become a prophetic witness of the culture of care, working to overcome the many existing social inequalities. This can only come about through a widespread and meaningful involvement on the part of women, in the family and in every social, political and institutional sphere”. This compass is about caring for peace!

This whole segment is like a ‘do-it-now’ if one really is interested in peace. In sum and substance, it is like the essence of Pope Francis’ social teaching over the years. He reserves his best when he takes on the military industrial establishment saying, “how many resources are spent on weaponry, especially nuclear weapons, that could be used for more significant priorities such as ensuring the safety of individuals, the promotion of peace and integral human development, the fight against poverty, and the provision of health care. Global problems like the present Covid-19 pandemic and climate change have only made these challenges all the more evident. What a courageous decision it would be to “establish a ‘Global Fund’ with the money spent on weapons and other military expenditures, in order to permanently eliminate hunger and contribute to the development of the poorest countries”!

This is not the first time that he has taken on the ‘culture of death’ industry. But will the Church in India take a cue from his message and come out with a pastoral on the growing militarization of the country; the amount of wasteful expenditure on arms and ammunition and particularly the legitimization of corruption in several of the arms deals? Educating for a culture of care then becomes an important dynamic in ensuring that caring is foundational to peace. Pope Francis stresses on the need for this education saying, “Promoting a culture of care calls for a process of education. The “compass” of social principles can prove useful and reliable in a variety of interrelated contexts”; the contexts for him include the family, schools and universities, communications media, religious leaders, all those engaged in public service and in international organizations, both governmental and non-governmental.

In this segment Pope Francis quoted a speech by Pope Paul VI given in 1969 to the Ugandan Parliament “have no fear of the Church; she honors you, she educates honest and loyal citizens for you, she does not foment rivalries and divisions, she seeks to promote healthy liberty, social justice, and peace. If she has any preference at all, it is for the poor, for the education of little ones and of the people, for the care of the suffering and abandoned.” An invitation to look into Catholic education in India today.

His conclusion ‘There can be no peace without a culture of care’ in the ninth and last segment is an apparent non-negotiable; in his typical ‘Gospel -without- compromise’ attitude Pope Francis asserts, “at a time like this, when the barque of humanity, tossed by the storm of the current crisis, struggles to advance towards a calmer and more serene horizon, the “rudder” of human dignity and the “compass” of fundamental social principles can enable us together to steer a sure course. As Christians, we should always look to Our Lady, Star of the Sea and Mother of Hope. May we work together to advance towards a new horizon of love and peace, of fraternity and solidarity, of mutual support and acceptance. May we never yield to the temptation to disregard others, especially those in greatest need, and to look the other way; instead, may we strive daily, in concrete and practical ways, “to form a community composed of brothers and sisters who accept and care for one another”.

Pope Francis’ World Day of Peace 2021 message has several quotations from his latest path breaking encyclical, “Fratelli tutti,” and he echoes many of the themes presented in it. His underlying assumption is that ‘caring is an essence of peace!’ We have just entered a new year: what we need to ask ourselves is whether we are prepared to internalize the powerful message for peace given to us by our Holy Father? Are we ready to share it: to preach about it; translate it into the vernacular and write about it? Above all do we have the courage to accept his challenge and the premise that caring is peace?