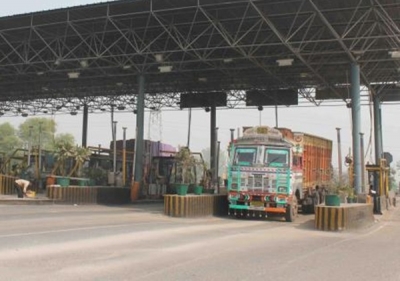 New Delhi: The government on Thursday clarified that the cash lanes at the toll plazas on National Highways will remain operational till February 15.

Payments can be made through FASTag as well as cash at the lanes, the Ministry of Road Transport and Highways said.

In its earlier order, the Ministry of Road Transport & Highways had mandated fitment of FASTag with effect from January 1, 2021. It also said that the cash lanes at the toll plazas will be closed.

Meanwhile, in a statement issued on Wednesday, the government said that the cash lane facility at the toll plazas will be extended till February 15.

The Ministry of Road Transport and Highways said that fitment of FASTag in the M and N categories of motor vehicles sold before December 1, 2017, has been made mandatory from January 1, 2021. The M category consists of vehicles that carry at least four wheelers, while the N category includes both freight carriers and passenger carriers.

The ministry said, “Payments through FASTag as well as cash till February 15. Hundred per cent e-tolling will be rolled out from January 1.”

A National Highway Authority of India (NHAI) official told IANS, “According to the Act, it is mandatory for the trains to be FASTag-fit from January 1, 2021. However, the cash lanes will be operational till February 15.”