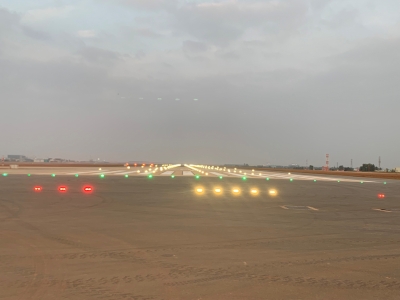 Bengaluru: The Bengaluru International Airport installed the category-3B (CAT-3B) instrument landing system (ILS) on its new runway to improve visibility for aircraft landing and take-off in inclement weather and foggy conditions, said its operator on Thursday,

“The new runway has been upgraded with CAT-3B ILS to enable any aircraft landing at 50-metre visual range and take-off at 125-metre visibility,” said the operator (Bangalore International Airport Ltd) in a statement here.

A CAT-3B helps pilots with a precision approach and landing when the runway visibility is at a distance less than 50 feet (15 metre) and take-off at a visual range less than 200 metres.

The city airport becomes sixth in the country to have a CAT-3B runway for better visibility in the night and early hours of the day.

The directorate general of civil aviation (DGCA) inspected the CAT-3B complaint runway after the airport secured regulatory approvals to operate the runway on completion of trial and calibration flights.

“Airlines have to deploy crew trained for CAT-3B operations to make optimal use of the new facility,” said the operator, which is a consortium of public and private partners.

Foggy conditions in winter and inclement weather led to delays and diversions of aircraft, inconveniencing passengers and causing financial loss to airlines since the new airport commenced operations at Devanahalli on the city’s northern outskirts over a decade ago.

The city airport is the country’s third largest in aircraft traffic movement after New Delhi and Mumbai airports.

Controversy erupts in K’taka over decision to build colleges for Muslim...