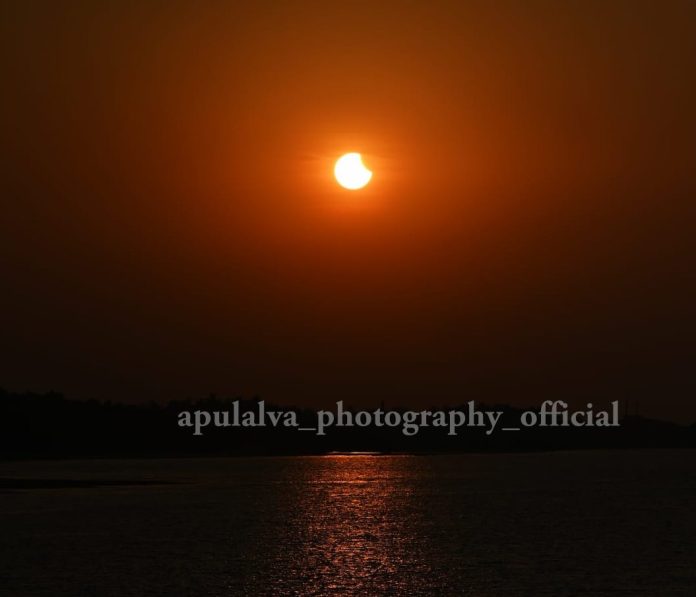 Mangaluru: It was a motley crowd that assembled outside the Mangala Swimming pool on the 25th of October at around 4:30 pm. Starting from artists to medical students from Mexico to France, ages from 1 year to 71 running, school children to research scholars, lawyers, college students and others. Some came just to see what was happening, others were swimmers waiting for the session to start.

The common purpose was to observe the solar eclipse, share ideas and have a snack when the eclipsed sun was at its peak. The dispelling of myths was everyone’s mission and doing it through a practical demonstration. Narendra Nayak, the president of FIRA was at the forefront. He took a dip in the pool to show that no skin disease had to be feared from some mysterious rays emanating from the eclipsed son. In the meanwhile outside the pool, a group was watching the eclipse through special viewers kept from past eclipse programs for it is quite a regular feature for the team of Dakshina Kannada Rationalist Association, Aid Without religion Trust, 51 AH trust, DYFI, SFI, JMS and others to dispel the myths associated with eclipses. The fear-mongering from the TV channels along with the fairy tales of the Whatsapp university and FB colleges had seen to it that roads were empty, the roadside eateries shut and temples closed.

The youngest, year-old Mandeep along with his parents Namdev and Pranita took a sip of water from his feeding bottle while others ate snacks, biscuits and sweets. All had a good time and dispersed after the eclipse was over. The good number of swimmers who had come for their daily swim despite of eclipse were also treated to the same. 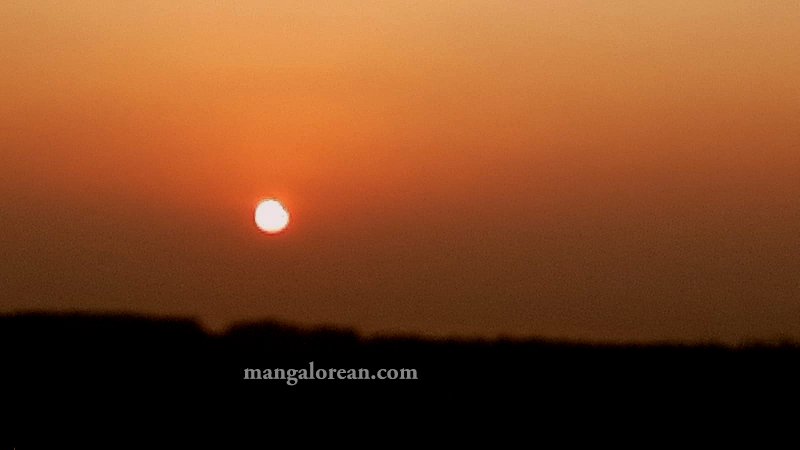 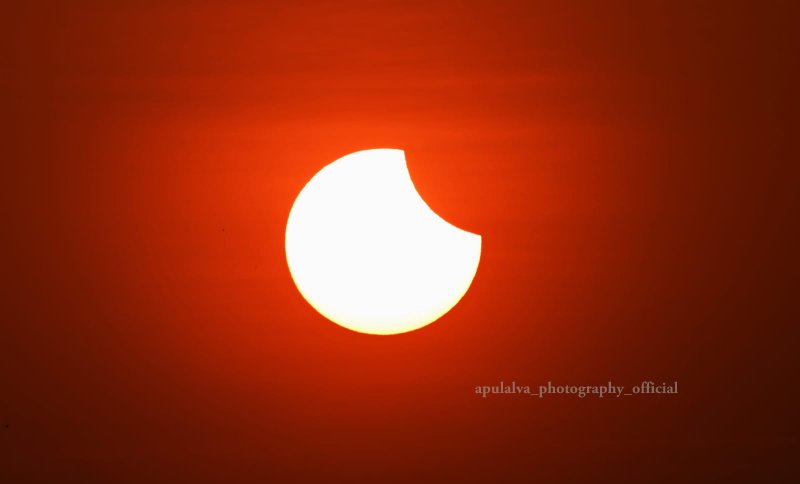 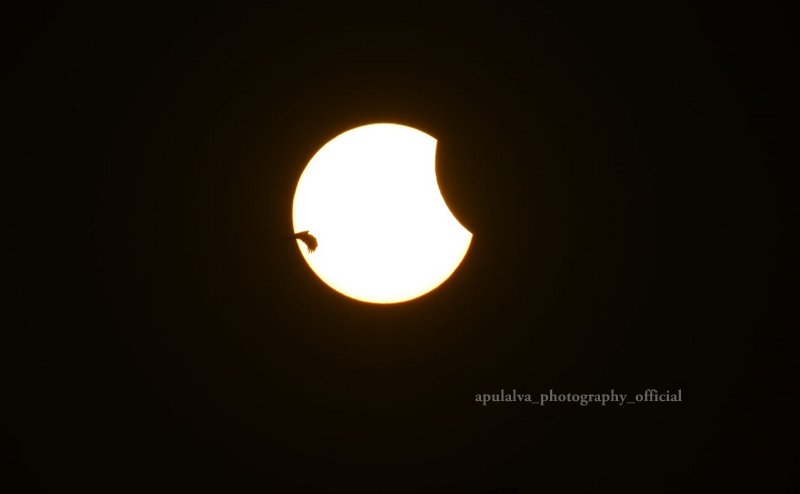 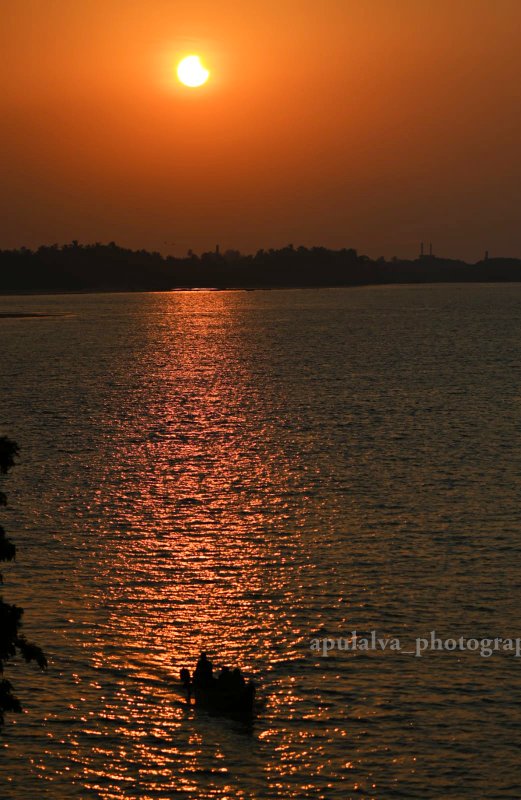 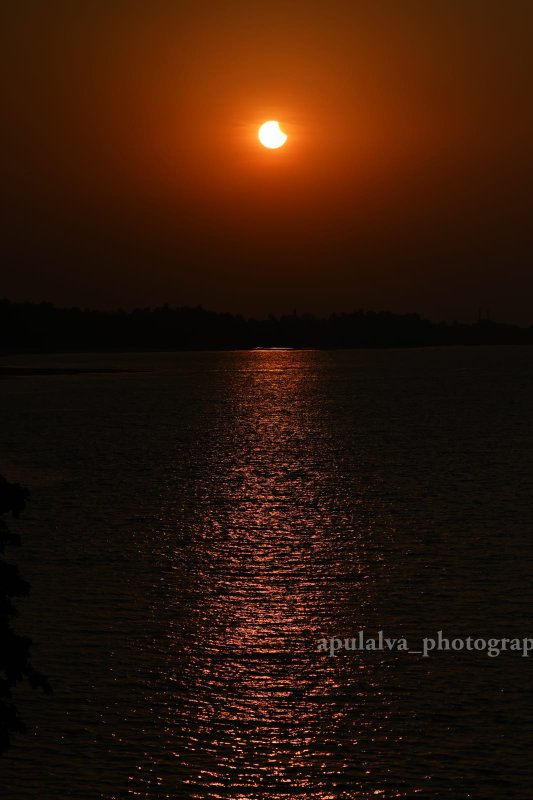 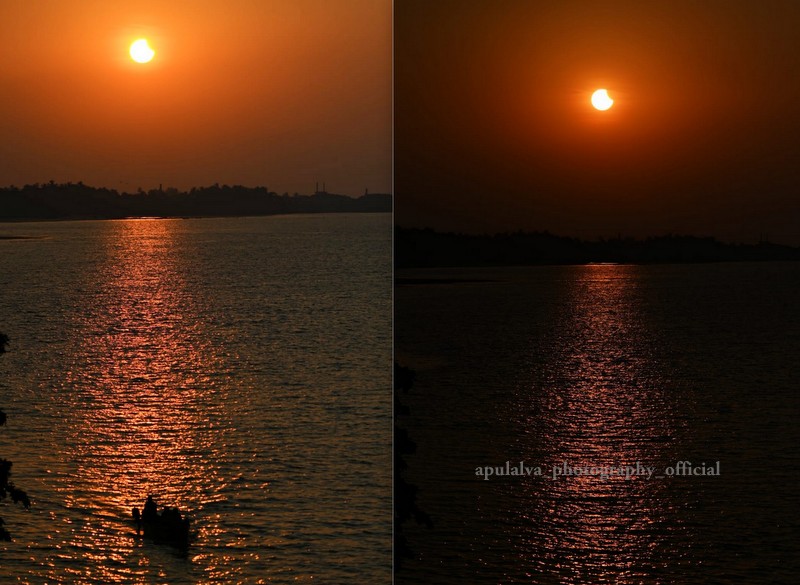 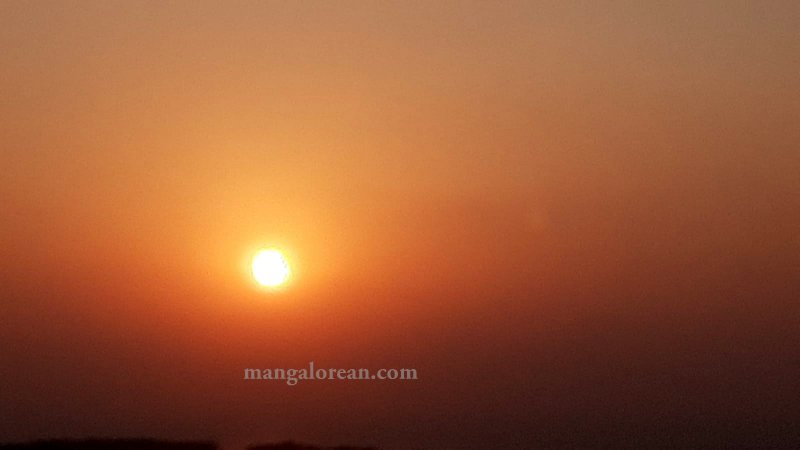 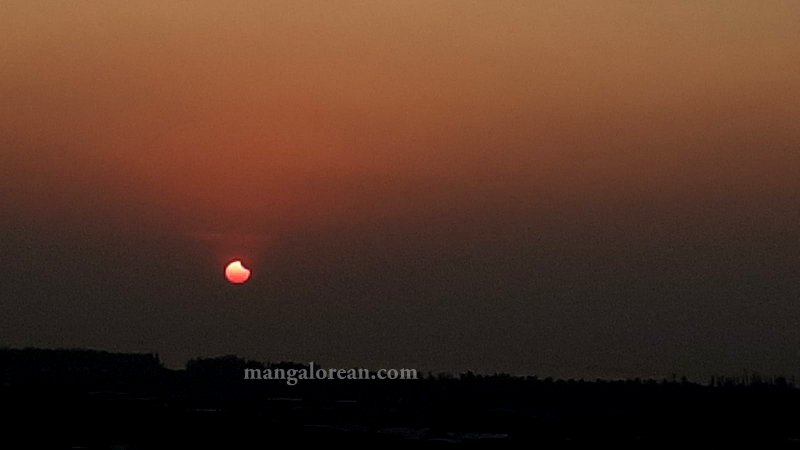 Srinivasan Nandagopal with his daughter Prakriti, Vidya Patanadka with her son Chaitanya, Mayoor Shetty with Joe from the UK, Alice and Vijay from France, Gustavo from Mexico were some from other countries. Jardine D’Souza of Mangalore Alziemers Society, Eric Lobo Vice president of Dakshina Kannada Rationalist Association, and stage and movie actor Prabhakar Kapikad were some of the other prominent members. Asha Nayak advocate and ex-chairman of the District Child welfare committee was also present.