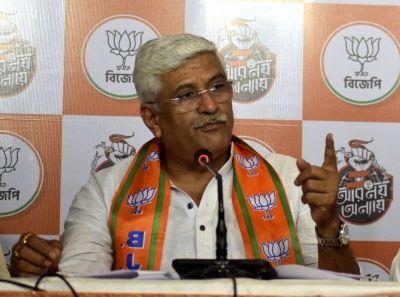 Chennai/New Delhi: Tamil Nadu Water Resources Minister S. Duraimurugan on Tuesday said that Union Jal Shakti Minister Gajendra Singh Shekhawat has assured him that the Mekedatu dam project initiated by Karnataka across the Cauvery river would not take off without the concurrence of Tamil Nadu.

Addressing reporters in New Delhi after meeting the Union Minister, he said that steps would be taken to constitute a tribunal to investigate on the dam over the Markendeya river which would cause “misery” to the farmers of Tamil Nadu’s Krishnagiri region.

Duraimurugan said that he has handed over a representation to Shekhawat raising issues related to the water resources demands of Tamil Nadu. He said that one of the major demands was to advise the Karnataka government to immediately clear the deficit and release water to Tamil Nadu as per the schedule fixed by the Supreme Court.

He also called upon the Union Minister to appoint a full-time Chairman for Cauvery Water Management Authority (CWMA) to conduct the necessary works.

Talking to IANS, Duraimurugan said: “We have requested the Union Minister not to give concurrence to the Karnataka government to proceed with any activity regarding the Mekedatu dam project. We have also sought funds and permission for carrying out Tamiaraparani-Karumeniyar river linking projects.”