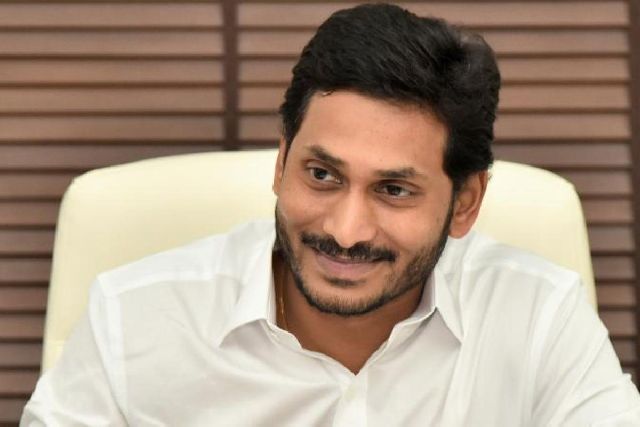 Jagan Mohan Reddy claimed that people are ready to repeat the 2019 adios to the Telugu Desam Party (TDP) leader.

Addressing a large gathering in West Godavari district, the Chief Minister said the template of rejecting TDP outright was seen in Kuppam local bodies elections and the opposition leader threatening people to vote him back is like the bravado of a jilted lover and comes out of sheer frustration and despair after seeing the development and welfare activities being carried out by the state government.

Castigating Chandrababu for resorting to emotional blackmailing to seek votes, he observed that his actions are similar to that of frustrated people who threaten to commit suicides by jumping from cell towers.

The Chief Minister, who participated in a slew of developmental activities, said that TDP and its friendly media which pursued the policy of plunder, stash and devour are now resorting to expletives.

In an attack on Jana Sena leader and actor Pawan Kalyan, he said the foster son’s party has become rowdy.

“People bid good-bye to TDP in the 2019 elections for its failure to implement the manifesto and this time around the result would be no different,” he said adding that 98 per cent of poll promises were fulfilled by his government.

He claimed that majority of the households in the state had benefitted by the welfare schemes being implemented and will extend their support judiciously.

Pointing out that every action of Chandrababu Naidu revealed his mind of desperation and frustration, the Chief Minister said that the TDP president is being haunted by the fear of losing even in Kuppam constituency in the next elections.

He asked the people not to be misled by the false propaganda of TDP and its supporting media and appealed to them to evaluate if they are benefitted or not by the welfare schemes of the YSRCP government.

People are looking at Babu and saying what a misfortune befell on them and even TDP founder president N.T. Rama Rao must have said the same when he was backstabbed by Babu. In an obvious reference to Lokesh and Pawan Kalyan, he said, people who could not win an election are also making tall claims.

Reiterating that the YSRCP government is committed to the uplift of all sections of people through the implementation of various welfare schemes for the empowerment of women and bringing out revolutionary changes in educational and agricultural sectors, he said that Chandrababu did no good even for the Kuppam constituency.

“The only yardstick for a mandate should be whether or not you have benefited out of the welfare schemes,” he said, adding TDP and Jana Sena have nothing to boast of as they have done nothing for the people.

The meeting was attended by Legislative Council Chairman Moshen Raju, Cabinet Ministers, MPs, MLAs, local leaders and officials among others.